Welcome to the Frost Death Knight PVP guide for World of Warcraft Wrath of the Lich King 3.3.5a. In this guide, you will learn about playing a Frost Death Knight in the arena or a battleground. The guide includes Talents, Glyphs, Gems, Enchantments, Add-ons, Gameplay & Skill rotation tips, Team setups.

The first build doesn’t have Howling Blast but has Icy Talons, increased Runic Power gain from Chains of Ice, 1/3 Scent of Blood and Virulence to make sure your diseases are not dispelled. 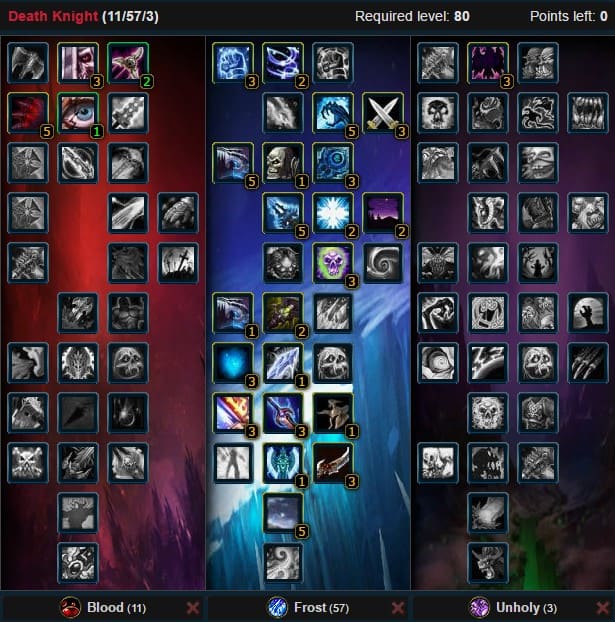 The second build excludes Obliterate. The glyph is replaced with Chains of Ice. Good for its really fast generation of Runic Power. Chain of Ice gives 20 per use, also Plague Strike and Blood Strike. 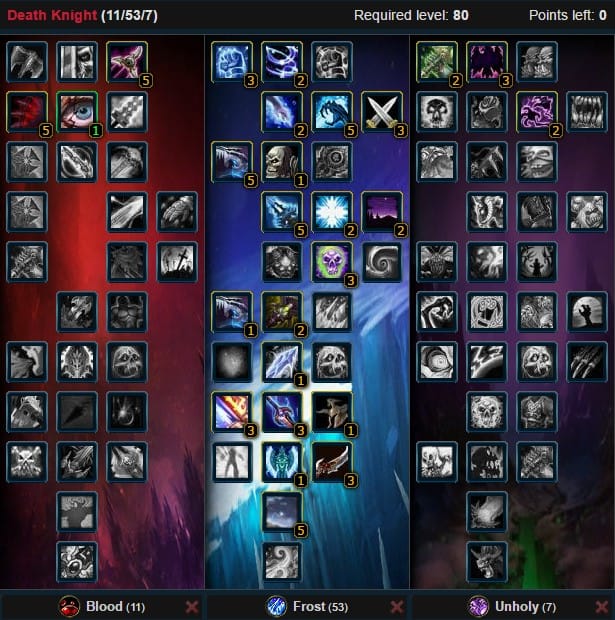 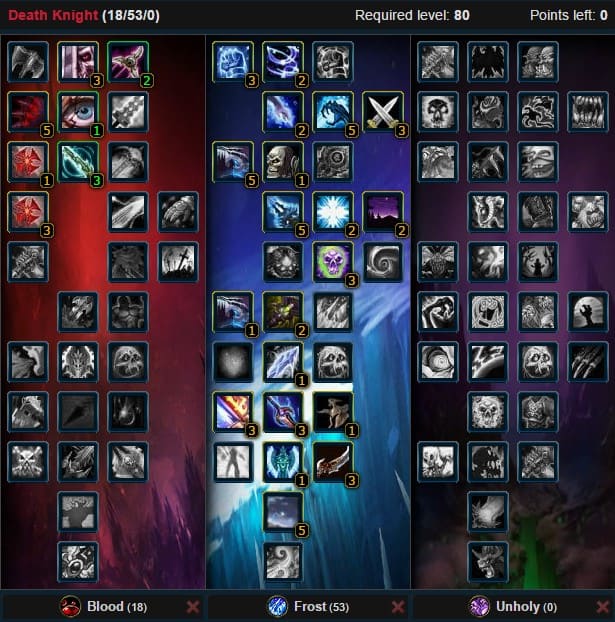 The last build is with Howling Blast. Icy Talons not included. 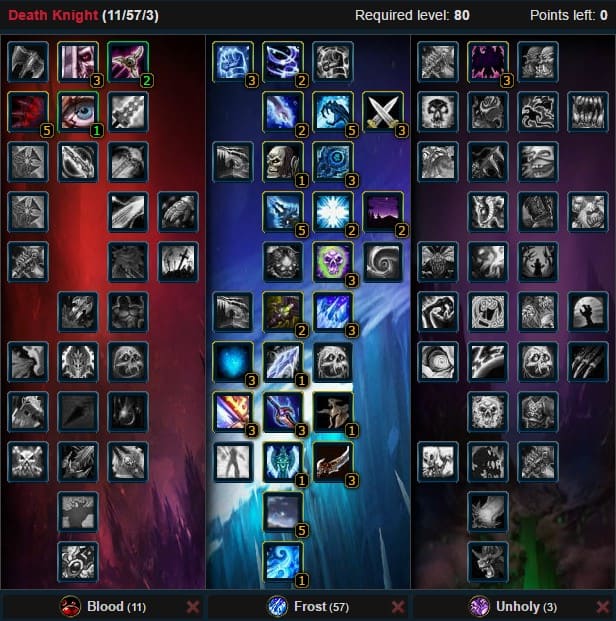 If I'm not working or spending time with the family I'm probably gaming. Some of my favorite recent games I've played are Far Cry 5, World of Warcraft Classic, and 7 Days to Die.
Subscribe
10 Comments
Most Voted
Newest Oldest
Inline Feedbacks
View all comments

Hello i was just wondering if its better to fight on blood or uh pressence when fighting casters/healers?

unholy imo, the faster attacks and movement speed makes it a lot easier to not get kited out by dps and allows you to get more procs and attacks out on healers

blood for PVE, unholy for PVP. The 15% run speed increase is simply too good in PVP to pass up.

which one is the best to battleground?

some melee abilities, icy touch, howling blast and death coil do magic damage, so especially in ranged match ups, it helps keeping the dmg up a lot