Welcome to Warcraft Tavern’s Alchemy guide! In this guide, we’ll provide everything you need to max out your Alchemy skill, from the materials required to level up your profession to the best recipes to follow.

Alchemy is a super useful economy profession because the consumable potions it produces are used by every raider, regardless of role. With the Mixology passive ability, Alchemists gain greater benefits and duration from flasks, like Flask of Endless Rage or Flask of Stoneblood, and they also can craft Flask of the North, which isn’t consumed on use. Alchemists can also craft decent pre-raid trinkets like Indestructible Alchemist Stone and Mercurial Alchemist Stone. Perhaps most important are the Alchemist’s transmutations. Powerful gems like King’s Amber and Eye of Zul can be crafted on a cooldown (keep in mind these aren’t available until Ulduar releases). While their consumables will be in demand because there is little PvE and PvP benefit to this profession, it’s pretty far down the BiS ranking.

Alchemy relies entirely on herbs, and for that reason, Herbalism is the gathering profession partnered with this craft. At later levels, Alchemists can also make use of metal bars and gems for use in their transmutations.

Below you can find the materials you’ll need to level from 1-450, as well as a few tips and things to keep in mind.

All of these things are accounted for in the materials listed below. Listed separately from the material list are those recipes not acquired from a trainer, but rather from a vendor or world drop.

You can click on a Trainer’s name from the lists below to see its exact location. If you use TomTom, you can copy-paste the location and coordinates provided (after the name) to track down the trainer you need more easily. For example: 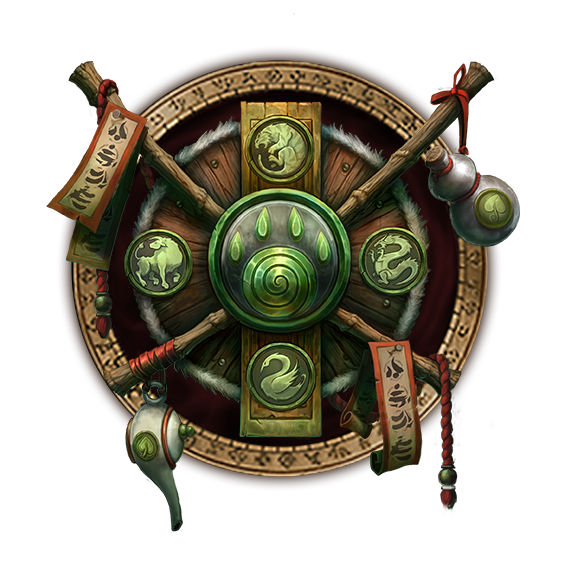 Certain crafts need to be used later to further level up the profession. Other times, the materials can be bought from a vendor instead of the Auction House, or the crafting recipe is not acquired from a trainer. Some recipes turn yellow and as such do not have a 100% chance to level up your profession with every craft; this means some randomness enters the equation when it comes to materials. We indicate all of these situations with the following icons:

Congrats on reaching 450 Alchemy skill! Continue reading to discover the different Alchemy specializations and their requirements and benefits.

In The Burning Crusade, Blizzard added specializations to several primary professions in order to bring them in line with the specializations they had made available for others (like Armor, Axe, or Hammersmithing for Blacksmithing) in Vanilla WoW. This included Alchemy, and once players hit level 68 and reach 325 skill in Alchemy, they are able to choose.

The three options are Elixir Master, Potion Master, and Transmutation Master. You may only pick one at the outset, but they are unlearnable — switching will cost 125g. Each mastery will give you the chance to create 1 – 4 additional elixirs, potions, or transmuted items (called procs or procing) when creating them. The popular estimate for proc chance is ~15%, but the official number has not been released.

Which Alchemy Spec to Choose

Overall, though, each has its own strengths and weaknesses. Read on for more details on what each specialization offers.

Most players consider Master of Potions, started by Lauranna Thar’well in Zangarmarsh the easiest one to complete. It requires players to bring:

While the Healing and Mana potions are both created during the course of leveling using this guide, the Major Dreamless Sleep Potion will require players to collect 5 additional Dreaming Glory and Nightmare Vine.

The Botanist’s Field Guide is the most difficult item of the 4 to obtain. It drops from High Botanist Freywinn in Tempest Keep, but the advantage is that unlike other items for different specialization quests, it has a 100% drop chance if a player is on the quest. The only challenge might be securing it over another player also trying to become a Master of Potions.

The Master of Elixirs quest is started by Lorokeem in the Lower City of Shattrath. It requires players to bring him:

While the list may appear short, mastering elixirs requires players to do some additional farming. The total material list to craft all elixirs is:

The Essence of Infinity is harder to farm. They drop from Rift Keepers and Rift Lords in the Black Morass instance, but their drop chance is relatively low. It’s advisable here, if completing the quests at level, to bring a group willing to farm with you for them. Becoming a master of Elixirs will grant you procs for flasks, however, making the time investment well worth it.

Players must head out to Netherstorm and find Zarevhi to begin the Master of Transmutation quest. While the requirements are the most straightforward, it is notoriously time intensive. Zarevhi only requires you to bring him 4x Primal Might, but in turn, they’re each composed of one of all the Primal Elements in Outland (Primal Earth, Primal Water, Primal Air, Primal Fire, and Primal Mana).

I am an avid WoW Classic player and love Druid, Priest, and Rogue and look forward to maining a DK in Wrath. When I'm not gaming or writing, I'm catching up on reading and spending time with my family, my parent's dogs, and my pet snake, Gloria.
Subscribe
11 Comments
Most Voted
Newest Oldest
Inline Feedbacks
View all comments

Great job with the new guide, it’s a lot more helpful since you’ve updated it!

Elixir of Minor Accuracy needs Bruiseweed, not Briarthorn
In the artisan part its way more crystal vials than written under “materials”, you guys wrote 35 and it would be around 80 if you count what you’ve written to the right side.

Thanks for pointing that out, Lagga! We’ve updated the guide accordingly.

and you’re welcome, thanks for the guide!

Shit guide, recipies are wrong, the amount of mats in start are wrong. redo, imma look up a proper guide.

We’ve checked the values in this guide carefully; can you be specific about what’s incorrect?

Hey Patatin, we did include the Super Mana Potion Recipe and where to buy it for Horde and Alliance in the materials section. We didn’t outline crafting the Philospher’s Stone recipe for the purpose of leveling up, so it is not included in that section. Thanks!

Thanks for the feedback! We updated the guide to correct the error.