Welcome to the Beast Mastery Hunter PVP guide for World of Warcraft Wrath of the Lich King 3.3.5a. In this guide, you will learn about playing a Beast Mastery Hunter in the arena or a battleground. The guide includes Talents, Glyphs, Gems, Enchantments, Add-ons, Gameplay & Skill rotation tips, Team setups. 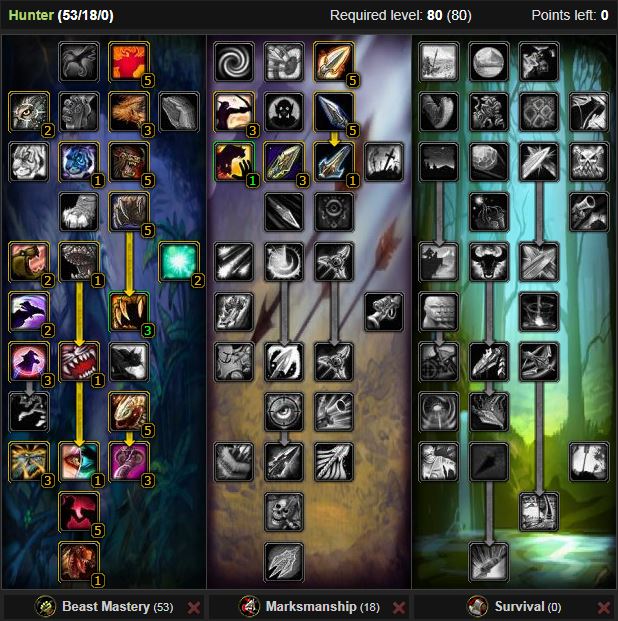 While playing a Beast Mastery Hunter your skill priority should be something like this:

Viper Sting will not be used a lot, but here’s an example of when it’s a good idea. Your team failed to win by bursting down the enemy and you see the enemy healer is low on mana. Now is the time to help him get OOM with Viper Sting, focus him down and finish the fight.

Tranquilizing Shot is a gamble, but you should definitely use it. It can dispell spells like Hand of Sacrifice, Power Word: Shield, Ice Barrier, Paladin’s wings and Hand of Freedom.

Don’t use all of your cooldowns at once. Firing Bestial Wrath, Intimidation, and Rapid Fire at once leaves in a rather weak position. Use Rapid Fire if you are sure that you will be able to free cast untouched for about 8-10 seconds. 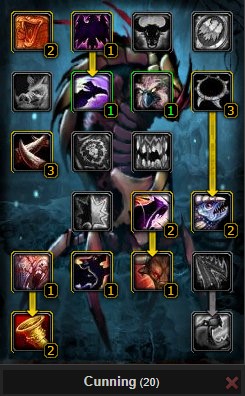 You can also change this build by swapping points between Cornered and Bullheaded to Grace of the Mantis and Roar of Sacrifice.

Core Hounds are a bit too squishy but Battleground, but they really shine in the Arena. Their high DPS and special ability called Lava Breath is a great combo to burst down enemies. Lava Breath is a ranged fire-based spell with a 25% casting speed reduction debuff to the enemy. 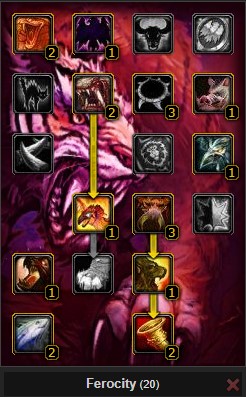 You can also swap the Bloodthirsty and Heart of the Phoenix talents to Culling the Herd for maximum damage.

Worms are excellent pets for the Battlegrounds. They are really hard to kill due to their survivability and they also apply an armor debuff to the target. The worm is a Tenacity pet, which brings great abilities, such as Charge, Intervene, Roar of Sacrifice and Last Stand. 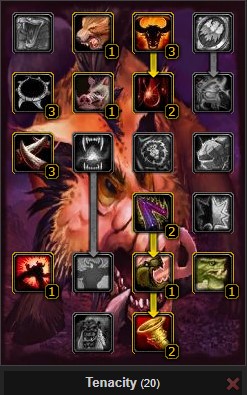 Add-ons improve your gameplay by a lot. It is necessary to utilize add-ons, since they play a vital role in your performance, whether you are in a raid, arena or at the auction house.

Check out our Add-ons Page which will provide you with a download link and some configuration info. The addon versions are for WoW WotLK 3.3.5a. The site has multiple versions of the add-ons, so if you need another version – you can also search for it there.

If I'm not working or spending time with the family I'm probably gaming. Some of my favorite recent games I've played are Far Cry 5, World of Warcraft Classic, and 7 Days to Die.
Subscribe
4 Comments
Most Voted
Newest Oldest
Inline Feedbacks
View all comments

Use this macro with a Chimera, and you’ll be able to global just about anyone. There is extra for a core hound and Racial for Orc Hunters. However a chimera will benefit you more.

Also name your pet the same as your character. Helps disrupt targeting in a non arena fight.

Dont waste time with the worm, theyre garbage in smaller BG’s. AV and mabye Isle of Conquest, but all other bg’s they suck.

YOU DO NOT NEED SPELL PEN AS A HUNTER, you are a physical dps, your stings are really only ment to help keep targets in combat. Youre missing Chimera Shot from the Marksmen tree, which really capitalizes on stings. Spell Pen doesnt carry over to your pet, just as armor pen doesnt. Pets scale completely off Attack power, thus why we gem it.

what about spell pen for traps?

Each trap has it’s own element. You need spell pen to break auras and motw. Period. It’s important for arena post naxx phase. everything else, just Tranq it off.