My name is Judgement and I am a Classic WoW enthusiast. I have been playing WoW since Vanilla and in the most recent years I have been spending a lot of time playing Vanilla WoW private servers. After Classic was announced I started to work on leveling routes and doing speedruns which ultimately became the foundation of this guide.

If you would like to support me and my work, I have set up a patreon here:

This guide is specialized for Human Paladins but any class can follow it for a smooth route to level 60. If you don’t play Human you can enter the guide in either the Loch Modan or Darkshore part between levels 9-11. If you find this guide in the middle of your way to 60 it’s possible to jump into, but please note that the guide heavily relies on “breadcrumb” quests that are picked up in one zone and done in another, usually involving long chains, so you might not have access to all the quest.

There are some Paladin specific parts for class quests and item upgrades, but they can be skipped and replaced by your own class specific stuff if you are not playing Paladin.

When questing it’s important that you kill mobs while running between one area to another and doing objectives, this xp will add up a lot in the long run and will save you some time grinding to make up for lost xp.

Because of the lack of quest in certain level ranges, doing a few dungeons and their respective quests are highly recommended. If you are trying to speed level, dungeons are mostly not recommend unless you got a prepared guild or friends group since they can be huge time-sinks if you are going with random people in a non-organized group.

There are also some inconsistencies when it comes to which quests that are available and which aren’t. Many quests were changed and added during vanillas lifecycle, some of the most noteworthy are places like Thorium Point and Silithus. Because of the level 40 cap on the classic beta it’s been very hard to confirm which quests that will exist in phase 1 and which will not, so I apologize in advance if I happen to include any quests that don’t yet exist or intentionally skip a quest that I thought wouldn’t exist.

Having a good weapon is crucial for leveling fast. Some of the weapon upgrades I get in this guide is limited supply from vendors and will not always be available. I will point out when there is a new weapon upgrade available during the guide with the <WEAPON UPGRADE> notice.

Making a bank alt to use as a personal storage or buy stuff on AH and send to your main while out questing or grinding on the other side of Azeroth is almost a necessity in Classic. The mailbox works like a huge bank storage and lasts for 30 days until it’s automatically sent back if you don’t open it. You can also learn Enchanting on your bank alt at level 5 which makes it able to disenchant any BOE items since there are no skill requirements for disenchanting. When you start looting level 40+ greens you should send them to your bank for DE, it’s usually more profitable then vendoring them and you will need the mats for enchants at 60. You should always have a few gold on your bank to be able to buy stuff on AH you might need during leveling.

There are many different ways to spend your talents while leveling to 60. I recommend a combination of Ret and Prot talents for solo leveling and questing, here are some examples:

As I said earlier, dungeons are great for catching up on missing XP or a great alternative to grinding in certain level ranges. The dungeons I recommend you can see below, I also made dungeon guides for them with focus on completing all the dungeon quests and gaining as much XP as possible from one run. 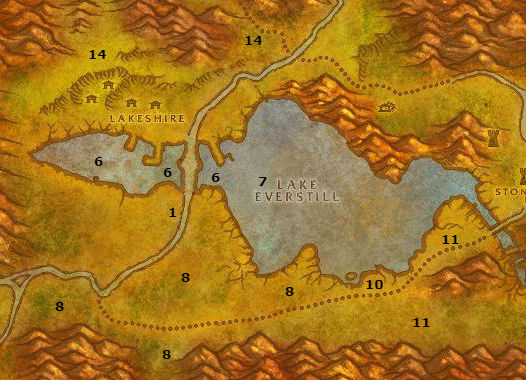 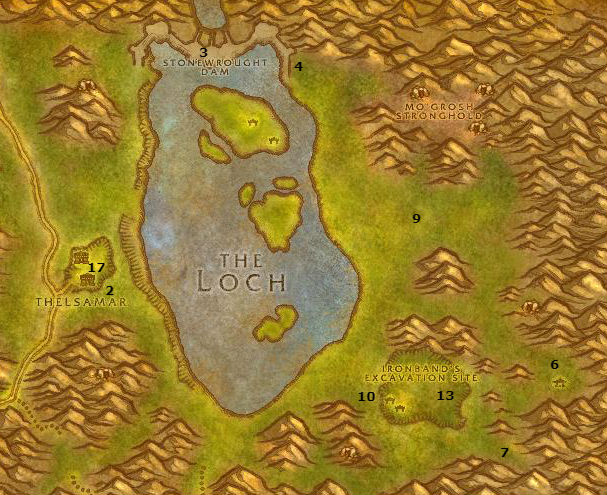 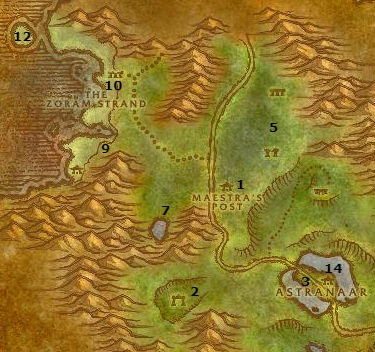 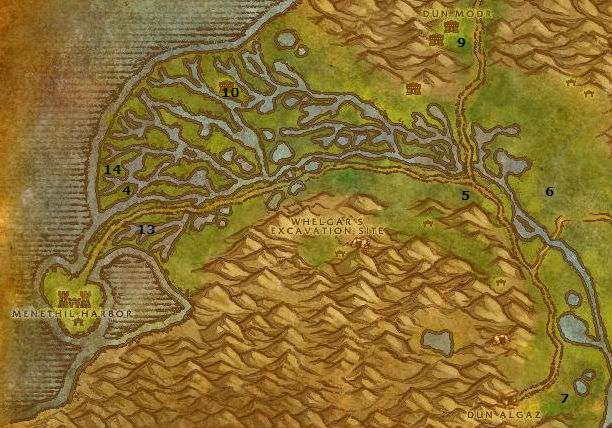 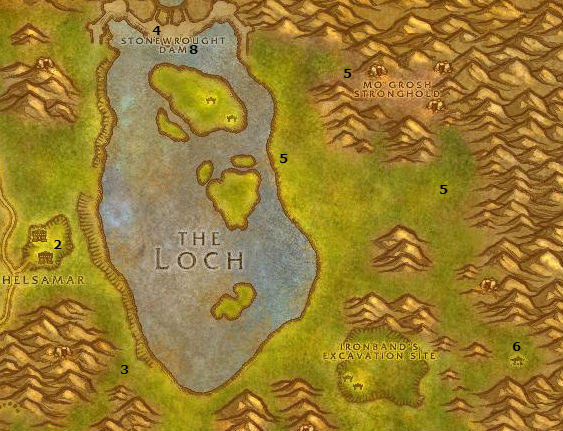 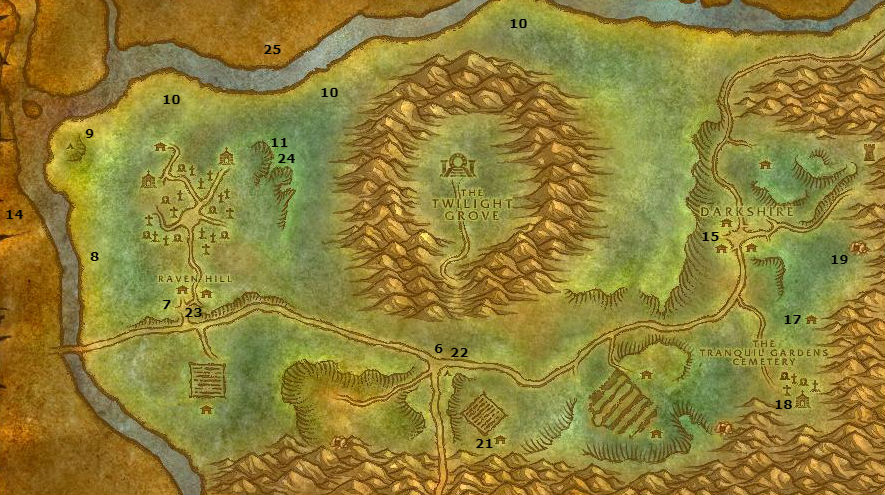 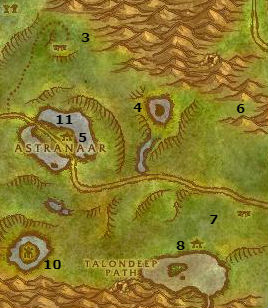 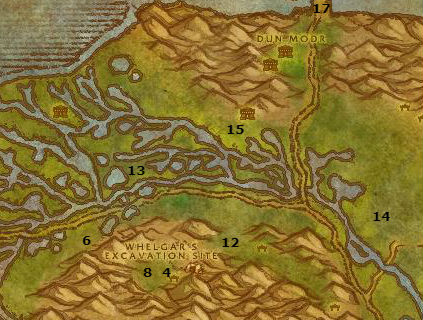 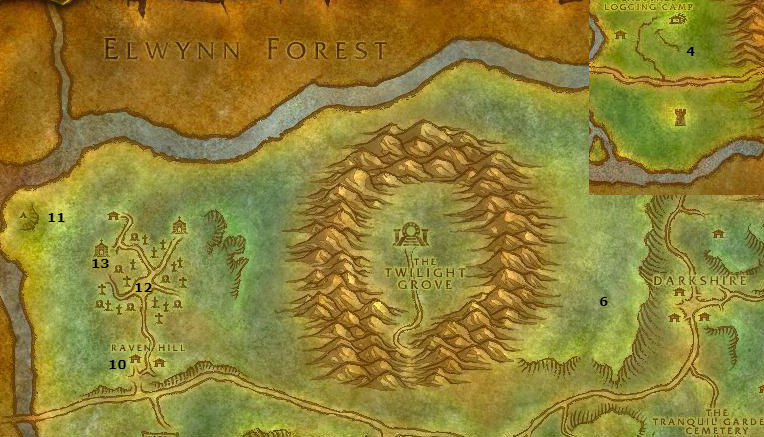 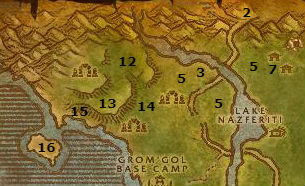 This part can be counted as a Class Quest for Paladins and should not be done if you are another class (except Warrior if you aren’t getting Whirlwind Axe). At this point your current weapon will most likely be something like Archeus, or maybe even worse. It’s starting to get outdated at this point, and unless you are planning on running all wings of SM soon to get Bonebiter I would suggest you to do this part, it should take around 30 mins solo or faster if you can get some help and you will get a really good weapon.

(If you don’t do this part you will have to incorporate these quests into the Badlands part yourself when we get there at level 39.) 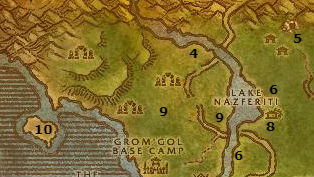 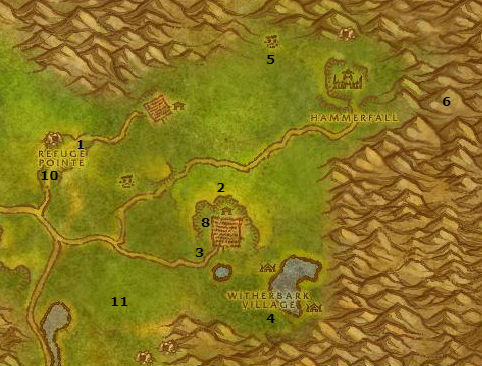 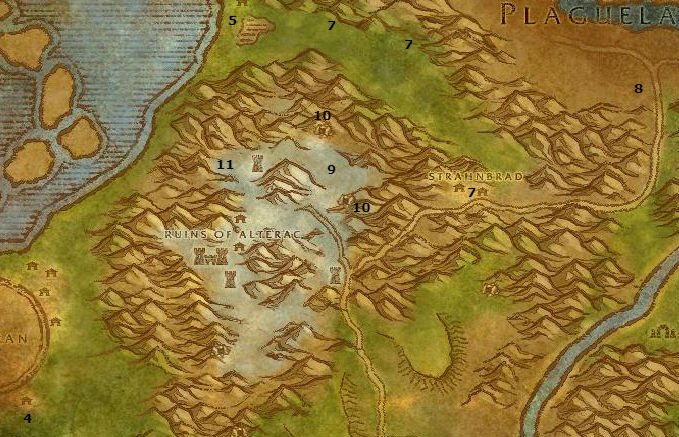 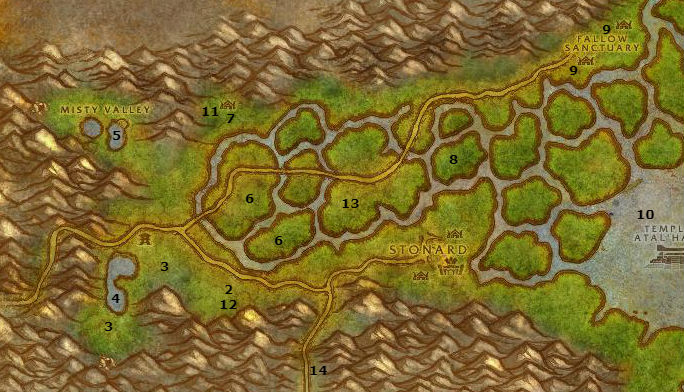 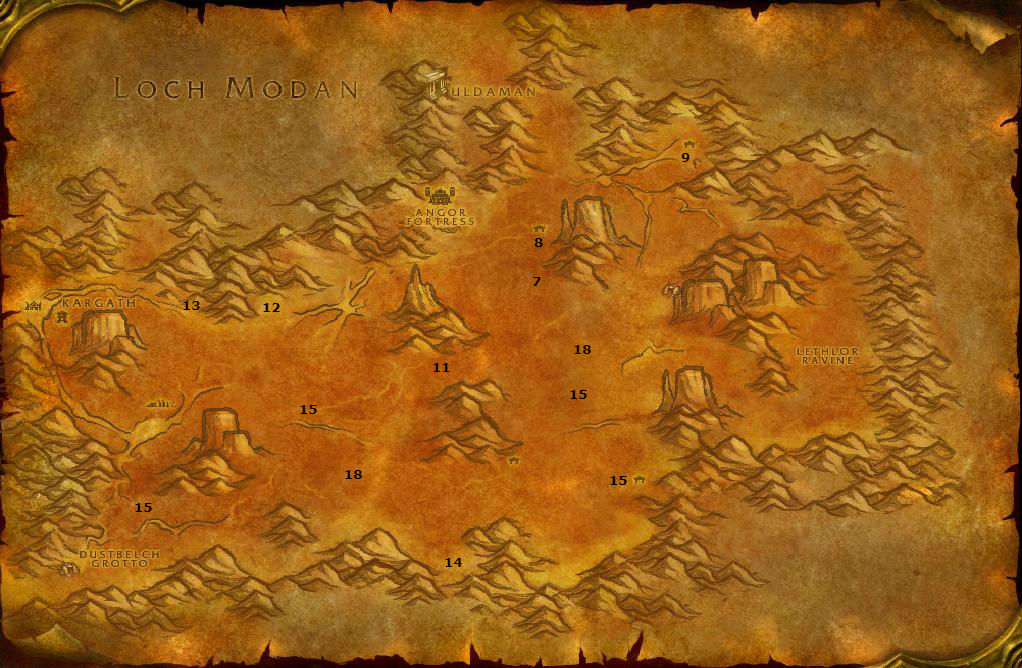 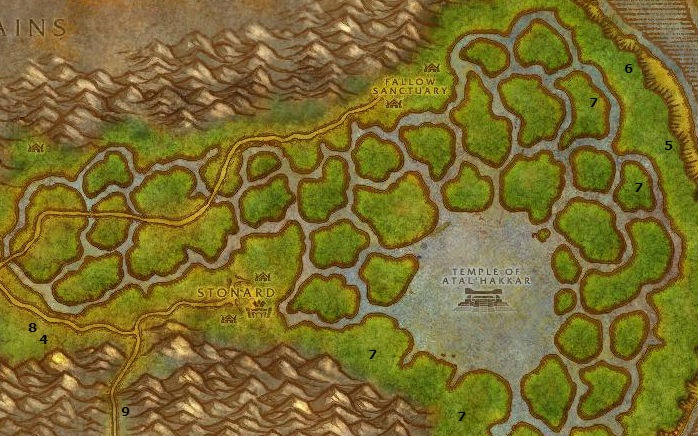 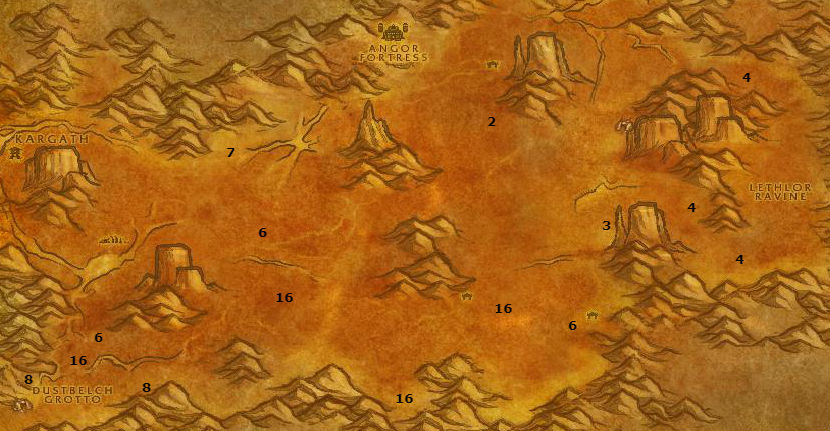 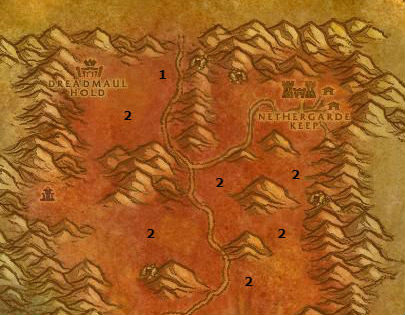 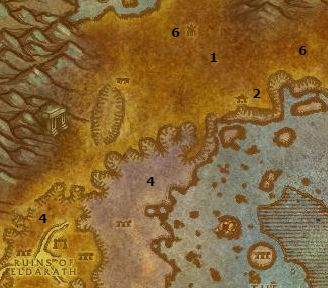 We have now reached the end of the guide. I hope you found it helpful and you reached 60 in a good time. I will continue to work on the guide after Classic launch and fix/change things to make it better over time.

You still have a few elite quests scattered around Azeroth to do, and of course lots of dungeon quests. If you are not yet 60 I recommend any of the following:

I have followed this guide since August alongside work and family. I hit 60 yesterday with 7 days played time. A brilliant guide and worth sticking to. I varied some parts based on PvP releases but did not lose any time. Thank you. I’m a paladin also.

Took me 10 days but I did it. Thanks man

Last edited by The Great
1
Reply

A little remark. At 55-56 Various Zones – Eastern Plaguelands (Step 15/16), there are 5 new quests to accept. But the Quest Log is already full

You’re totally correct on these and thank you so much for catching that for us. We appreciate your help in continuing to improve the guide. Have a wonderful day!

Really NIce Guide.
One Annotation: If you want to accept the three Quests in “The Shady In”(Chapter 3/Shimmering Flats) you have to speak with Captain Garran Vimes first. There´s a option in den dialog with him.

I loved this guide, the problem its that i was ganked in all the zones

Another bag-slot-saving-tip: In Chapter 3, 38-38 Dustwallow Marsh (https://www.warcrafttavern.com/guides/judgements-wow-classic-alliance-leveling-guide-1-60/#plink-38-38-dustwallow-marsh), step 5. After turning in Rizzle’s Schematics (https://vanillawowdb.com/?quest=1194), you can discard the Sample of Indurium Ore (https://vanillawowdb.com/?item=5866). Stupid thing stays in your inventory after the turn in and there’s no other use for it.

Great guide although I wouldn’t waste my time grinding on Furbolgs as they are perma-farmed. However, as the guide mentions, they do offer rep so if that’s what you want and you have the patience to wait for respawns along with the other happy campers go for it 🙂

In the Hinterlands chapter, it tell you to set the HS there. I cannot find where you can do that, no videos or information on it. I asked around and in Classic, I do not believe there is a place in the Hinterlands to set HS. If I am wrong, please let me know. If I am right, for all of you that are stubborn, like I am, don’t waste your time looking for it.

Thank you for your time and effort. Brilliant guide!

You never mention what the materials for the Badlands are required for.

it says to do ‘cortello’s riddle quest in the mid 42-43s, pity you can’t actually Start the quest until level 45…
overall a fairly good guide if you need somewhere to base a grind from; but the inconsistencies, irregularities and just plain shit that’s wrong come around a little bit too often for me to call it a must-have.

I went through the guide where you mentioned and found the quest Cortello’s Riddle, but I think you’re mistaken. Our own DB shows that the quest can be started at level 35 (https://vanillawowdb.com/?quest=624). I also went ahead and confirmed it on WoWhead Classic and it shows the same. (https://classic.wowhead.com/quest=624/cortellos-riddle). Now sure what the disconnect is here, but you can definitely pick this quest up at 35. That being said, if there are any other errors that you’ve noticed, please don’t hesitate to comment on them. We’re always trying to improve all of our guides and always want them to be accurate. Thanks so much for your interest and have a wonderful day.