Welcome to the home page to our Feral Druid tank guide for WoW Classic: Season of Mastery! This guide aims to take an in-depth look at everything to do with Feral Druid tanks; each facet of what it takes to play the class to its fullest will have its own guide, described in detail. Each of these guides are accessible via the navigation pane above. In all of them, the terms “Feral tank” and “Bear” will be used interchangeably.

The scope of this page includes:

Role of a Feral Tank in Season of Mastery

Druids are often referred to as the ‘Jack of all trades’ of Classic WoW. Druids can heal, tank, and DPS. However, relative to other classes they do not excel at any one role, and thus they are also known as ‘master of none.’ For a long time, this was thought to apply to Feral tanks as well, whereby bears could tank dungeons passably, but not meaningfully contribute to an endgame raid. However, this mindset changed considerably throughout the course of Classic WoW, and playing a Feral tank to its maximum potential makes them completely viable in a raid environment.

When played correctly, a Feral can match the average threat of a Fury/Prot warrior tank while having significantly higher mitigation (reduction in damage taken, or ‘tankiness’). However, Fury/Prot tanks continue to have a higher maximum threat through the use of offensive cooldowns (namely recklessness and death wish), as well as a higher maximum mitigation by equipping a shield and using defensive cooldowns (namely shield wall and last stand). More importantly, Fury/Prot warriors do significantly more damage while tanking – and when not actively tanking – than bears do, and for this reason primarily feral tanks continue not to be the optimal choice of tank in Season of Mastery.

Pros and Cons of Feral tanking 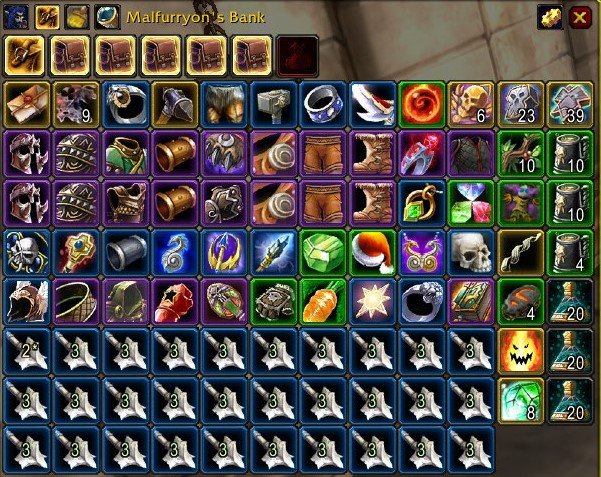 In terms of maximising your character’s performance, there are very few professions that provide any value. Do note that it is not mandatory to go for these professions (depending on the expectations of your guild).

I hope this guide has shown you that, despite the stigma around Feral tanks, they have the potential to fill a tank role in any raid. It cannot be denied that Warriors are the better class, primarily due to their massive damage output even while tanking. However, if you are willing to put in the effort (through consumables and gear planning), performing well as a Feral in Classic is a rewarding and fun experience.

Thank you for taking the time to read our Feral Tank guide for Season of Mastery. I hope it was helpful, and if you have any questions or suggestions please feel free to leave a comment below, or find me as Oxy on the Druid Classic discord.

I've been an avid WoW player since Vanilla. At 6 years old, I was slowly progressing through Blackfathom Deeps and levelling up with my brothers. Since Classic Wow launched, I've found a new way to enjoy the game; participating in Feral Druid theorycrafting communities and performing well in an underdog class has been a fun challenge. I hope to be able to share all I've learned with anyone who shares that interest!
Subscribe
0 Comments
Inline Feedbacks
View all comments