Welcome to our lockpicking guide for WoW Classic! Lockpicking is exclusive to the rogue class and allows the ability to open locked chests, boxes, and doors. All of these can be opened with various keys, but a rogue will let you open the box with their own toolkit, eliminating the need for a key altogether! Fortunately, lockpicking is an easy skill to level.

All you need to do is open the wide variety of footlockers and junkboxes you find across Azeroth. While it isn’t difficult, raising your lockpicking skill to 300 will definitely take you some time. Between waiting for chest respawn timers, navigating between locations, and hoping for junkbox drops, there’s certainly a lot of work required to max out your lockpicking. Considering how useful the skill is, taking the time to level lockpicking is well worth it!

You can find Practice Lockboxes to pick inside the mill here. Then when you’ve gotten your skill high enough, right around 70 or so, move down into Lake Everstill and pick the locks on the Waterlogged Footlocker found there.

Pick the Waterlogged Footlockers until they turn gray to you and offer no more skill increase.  You should be at 110 lockpicking at this point. 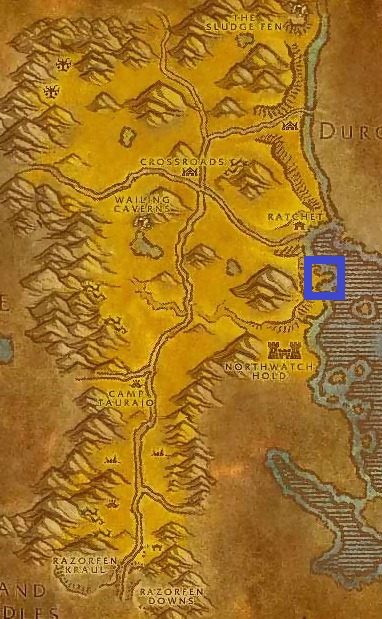 Enter the ship by the frontside. Head below deck to find the room with Buccaneer’s Strongboxes in it. Pick the strongboxes until you are around skill 70 or so, then head over to the Zoram Strand in Ashenvale and look for Waterlogged Footlockers. 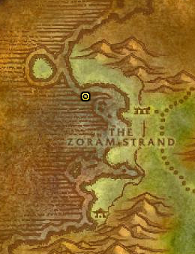 Pick these lockboxes until they no longer increase your skill and turn gray, at which point you should be right around 110. 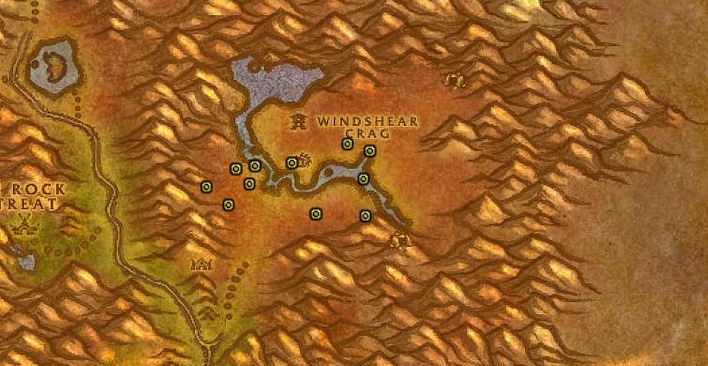 Alternatively, after you have reached 70 lockpicking, you could head to Stonetalon Mountains and look for the Battered Footlocker within Windshear Crag. These are roughly the same skill level as either of the factions other locations for that skill level and will take you from about 70 to 110. 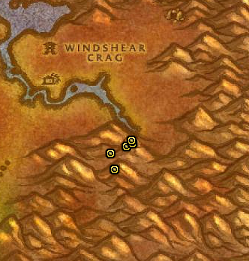 If you chose to practice your lockpicking in the Stonetalon Mountains in Windshear Crag, you’ll have the shortest trek to your next tier of training.  Just to the southeast of the Crag proper is Windshear Mine. The Battered Footlockers here are actually of a higher skill level than the ones outside in the crag.

In both the upper and lower levels of Durnholde Keep you can find the higher level Battered Footlocker as well. 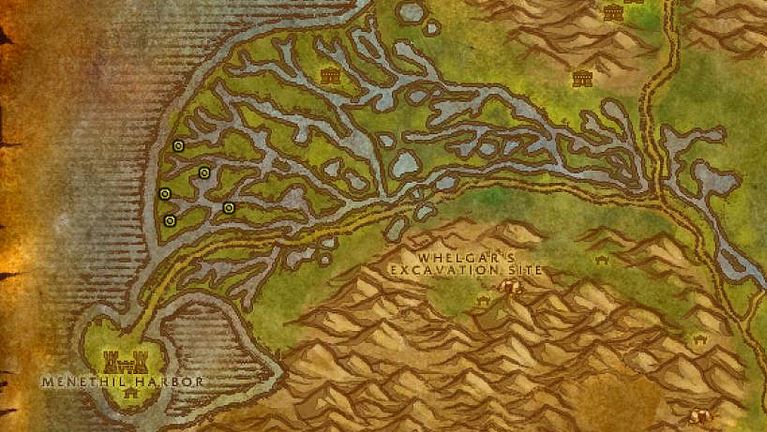 In the Murloc camps just northeast of Menethil Harbor you will find many Battered Footlockers, which will require a lockpicking of 110.  For this level of training, be sure to focus on the ones INSIDE the camps and not on the outskirts, as those are of a lower skill level and will increase your lockpicking skill more slowly than the ones within the camps.

Continue to pick the locks of the Battered Footlockers at these three locations until doing so no longer gives experience to you.  At this point, you should be somewhere around 150

In the waters of the Sar’theris Strand, on the coast of the Veiled Sea, you will find many Waterlogged Footlockers beneath the waves. You must be careful, as there are mobs AND, being beneath the water, you must worry about drowning, but this is the best location to get skill increases for lockpicking at this skill level. You should stay here and pick locks until you are at least over 170 in skill, but if you stay here until the boxes are only green or gray to you, you will likely be well over 200 in lockpicking.

The Temple of  Atal’Hakkar Swamp of Sorrows 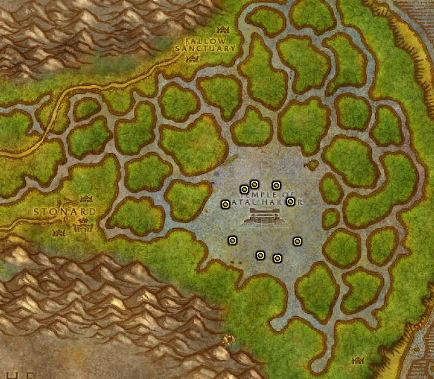 Alternatively, once you reach 175 lockpicking kill, you could head over to the Temple of Atal’Hakkar and pick the locks on Mossy Footlockers.  They will take you the rest of the way to 200.

A far more convenient, but sometimes less fruitful option is to head to Angor Fortress in Badlands. 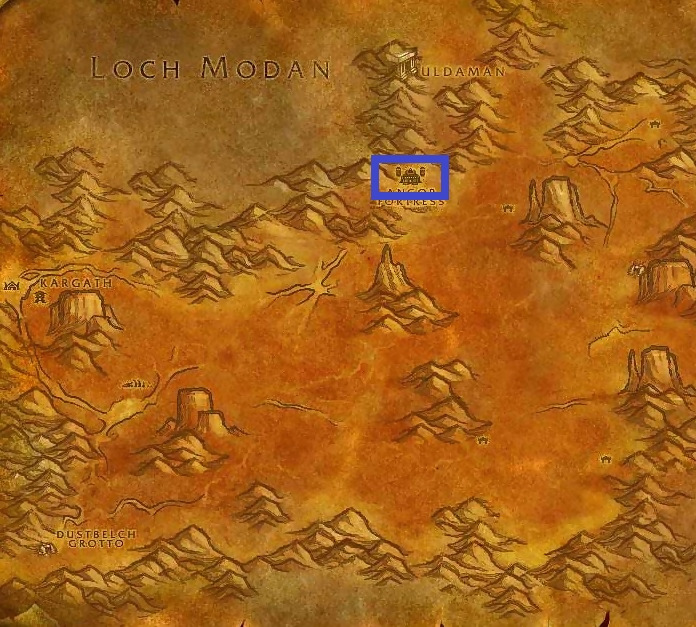 From 150-175 lockpicking, head upstairs and open the Battered Footlockers. Once you hit 175 though, go back down and open Dented Footlockers to reach 200 lockpicking.  These lockboxes sometimes don’t give skillpoints for picking them, but they are so close together, most players tend to come here at this stage, just for the convenience. 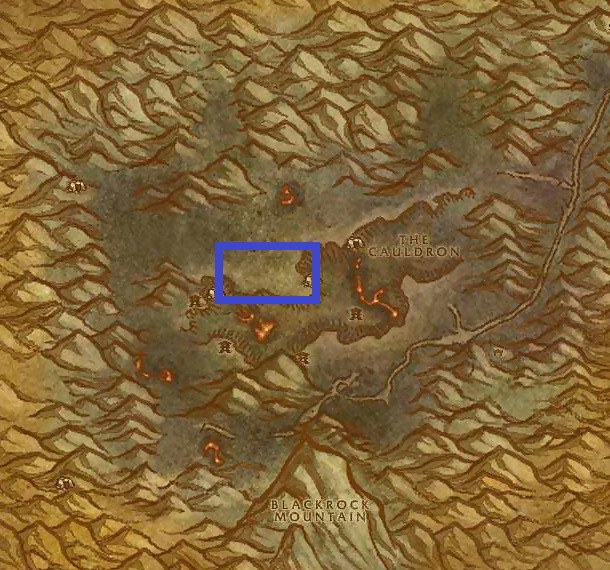 Run all around inside The Slag Pits to find Dented Footlockers. While you’re looking for them, pickpocket whenever you can to collect Sturdy Junkboxes too. Avoid the upper levels until you are at least 225 lockpicking so you will actually be able to open the boxes you find up there. Repeat this until you reach 250 lockpicking. 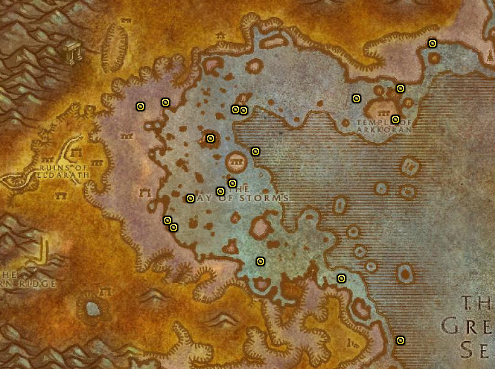 Alternatively to the second half of the above, once you’ve reached 225 in Lockpicking, you can go to Azshara where there are Mossy Footlockers all over the shoreline areas that will take you the rest of the way to 250.  This is less convenient than the Slag Pits and so is less recommended for those simply wishing to raise their lockpicking skill quickly. 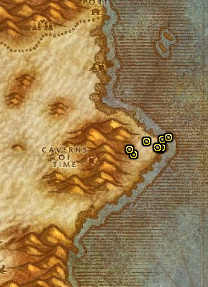 Also alternatively, you could head over to the shore east of the Caverns of Time and pick the Dented Footlockers there, which are basically the same as the ones in the gorge, so this is also not recommended for those seeking efficiency and speed.  If you are over 225 in lockpicking and find yourself in Tanaris though, this could be much easier for you.

Look for Scarlet Footlockers in Tyr’s Hand. Make sure to pickpocket while you move between box locations. Once you reach 280 lockpicking, you can start opening your boxes from earlier to gain some easy points.

The last part is very easy. Simply head into the dungeon Blackrock Depths and go left. Pick the lock on the door you see here. At your first chance to go right, open the door you see there too. Now head left and unlock the first door you find. Leave the dungeon the way you came once all three doors are open. Reset it and repeat, although you will likely need to take a break after doing it five times to let your instance counter reset.

If I'm not working or spending time with the family I'm probably gaming. Some of my favorite recent games I've played are Far Cry 5, World of Warcraft Classic, and 7 Days to Die.
Subscribe
18 Comments
Most Voted
Newest Oldest
Inline Feedbacks
View all comments

For the Blackrock Depths part, a level 60 rogue can easily get the Shadowforged Lock too, without having to kill anything. So you can get an extra LP level per run 🙂

I’m at 85 lockpicking and I can’t pick the zoram strand boxes yet, at least where the marker is in the guide, not sure what level they start at but its not 70 as stated in the guide

For the 200-250 in searing gorge. I stayed until 280 and was still getting skill ups 100% of the time from the lower lvl lockboxes in the bottom area. you can just go in a loop and they are always re-spawned when you come back around.

need 110 lockpicking it seems for the battered footlockers in stone talon / windshear crag mine. can only pick pocket to level it up from 70 here…

‘@trelaw to get to 110 go to the footlockers in redridge at the mill and pick there until around 100 thats when they turn green, the info up here is wrong they dont tap out at 70. After that you can go to the Zoram Strand and pick to 150 – there are tonnes of boxes here and they respawn very quickly the mobs are about level 20 ish i think. After that go to the sea in desolace and pick those boxes which also respawn quickly from 150-200 – I went from 150-200 in about 1 hour of picking last night. The mobs here are level 32-33 there is a giant elite(level 40) but I only saw him once in the whole time I was there

Hi, the murloc camp footlockers needs a skill of 110, might be good to note in the guide. Before that you need to take the lockers around the camps.

Hey Plagsom, that’s a really great suggestion and we’ve gone ahead and implemented it. Thanks so much for helping to improve the guide!

Hey Shade, thanks for noticing this. We’ve recently completely revamped the guide again to reflect this, as well as some other issues that needed fixing. You’re assistance in helping to make the guide better is appreciated. Hope the updated guide is more helpful.

I have maxed out my lockpicking at level 250 (I am currently level 50). How exactly can I train my character to be able to max out lockpicking up to 300 skill points. Is there a quest or something, because so far I have not found anything around the rogue trainers?

You max LP level scales with your level, it raises by 5 with each level up, the same as your base skills (combat, weapon skills, etc). So to get max level above 250 you simply need to level up.

This sounds kinda bad, like without imp sap that macro will drop you from stealth and put you in combat, and spamming your poison quest to 150 isn’t something you really want to do as you have to be either high enough level to keep killing the spawned elite there and is super grindy to get it up, instead after the 70 at the mill you can just go to the lake right below and get it up to 110 easy with little grind as they’re for higher skill, then you can go to wetlands and get that shit to 150 with ease, like I could go on but at that point I feel like I’d be writting my own guide. This reeks of someone who doesn’t know classic with their “tips”.

Appreciate the feedback here, we’ve reviewed and revamped the guide. Don’t hesitate to let us know if you see anymore issues!