Like many of the other raids and basic dungeons within World of Warcraft Classic, Molten Core requires you to complete a quest (or in some cases a series of quests) to become attuned to the instance.  Doing so not only allows for interaction with quests and the like, but also allows for an easy means of egress into the Molten Core raid itself, without having to fight your way through Blackrock Depths.

First things first, you need to get the quest.  Head to Blackrock Mountain and traverse the chains in the main chamber to gain access to the central island/pillar.  Go as far down as you can and you will eventually run into an elf named Lothos Riftwaker, who will have the quest Attunement to the Core (A) / Attunement to the Core (H).  You must be at least level 55 to accept the quest, so make sure you are before you even attempt this, or it will have been a long struggle of a journey for nothing.

Core Fragments in the Depths

Next you will need to traverse the entirety of Blackrock Depths to get to a bridge near the end of it where Emperor Dagran Thaurissan awaits.  There are actually two ways to do this.  The first is the most dead simple, but hard way, which is to simply fight your way there and stop off at the bridge before you kill the Emperor to grab your Core Fragment.  This is a great choice if you are already at level 60 and attempting to solo the dungeon. 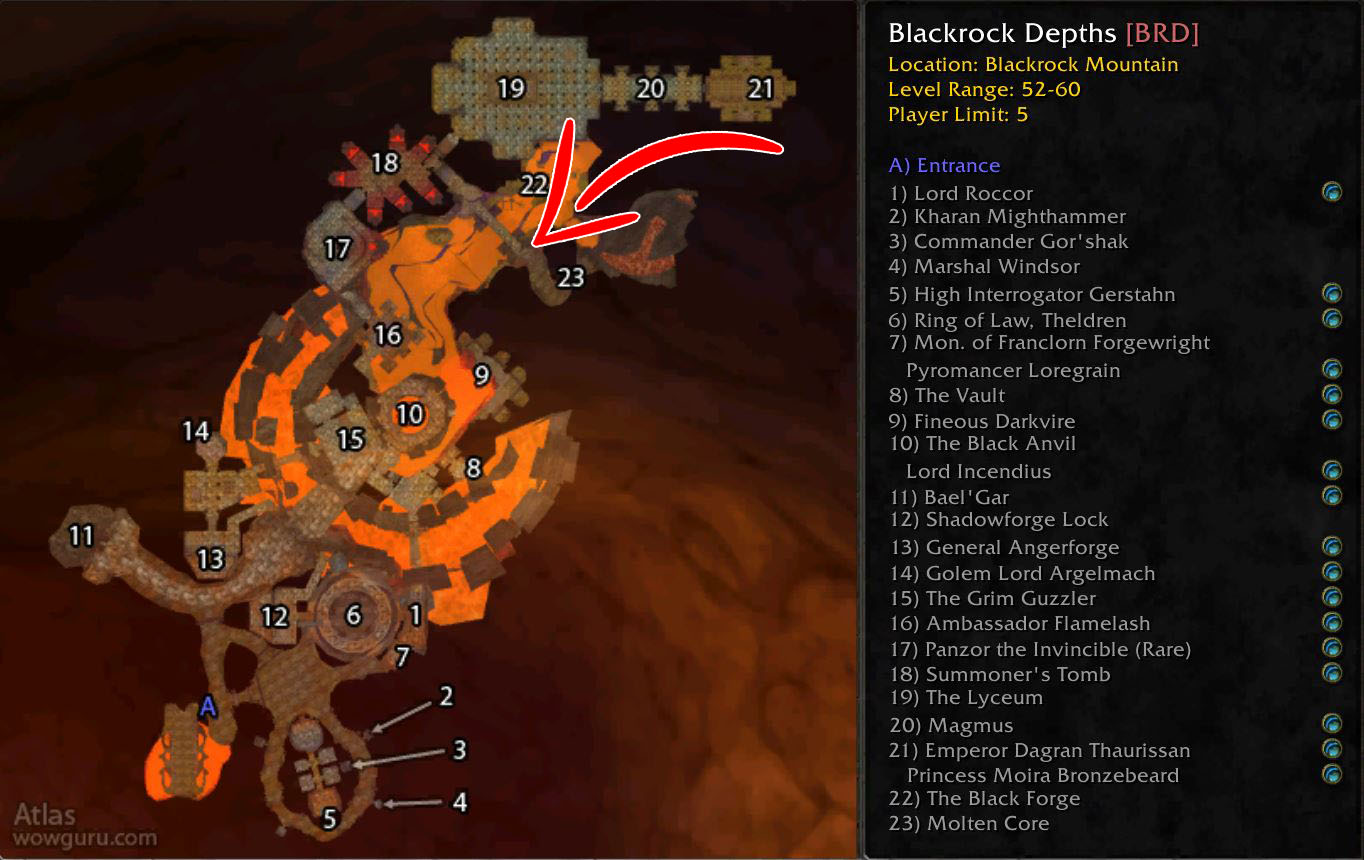 The second is a little more complicated, dangerous, but also faster.  It’s called a Lava Run and it involves, as one would expect, running through lava.  For obvious reasons, it is not recommended that one solo this venture, or even attempt it with a group that doesn’t have a good healer, or fire protection of some kind.

To perform a Lava Run:

This part is definitely the easiest.  Either mop up the remaining mobs and/or Emperor Dagran Thaurissan, or just get out of there and run for the exit.  This is another spot where good healers can be helpful.  Once out of Blackrock Depths, find and speak to Lothos Riftwaker again and turn in Attunement to the Core (A) / Attunement to the Core (H) and you’re done.

How about that?  You are now Attuned to the Core!  Congratulations, you can now access Molten Core through dialogue with Lothos whenever you like.  Have fun bringin’ that hammer down!