Once, every Sunday, on every server in WoW, there is a fishing contest in Stranglethorn Vale.  It is one of the most celebrated and looked forward to regular events in all of World of Warcraft.  Not only for the amazing prizes that can be won from it, but also because it is a staple tradition of playing the game.  Players of both factions flock to Stranglethorn Vale every week to participate in the grand contest, and they likely always will…ya know, as long as some titanic, world devouring menace doesn’t destroy the zone.

The contest revolves around catching hunting the coastline of STV for fishing pools of Speckled Tastyfish and being the first to catch 40 of them to turn in to Riggle Bassbait in booty bay.  The turn in is accomplished through a quest – Master Angler and runs from between 2PM and 4PM server time.  The commencement of the contest is announced throughout STV at the stroke of 2.

Preceding this, early in the morning, dwarf and goblin NPCs will appear in Ironforge and Orgrimmar respectively to inform the citizenry of the contest beforehand.

Once a player has made the turn in, or the four o’clock our is reached, the contest is over.

What are the rewards?

For the main part of the contest, that is the part that is in fact a contest, there are two main rewards to choose from when you complete Master Angler by turning in your 40 Speckled Tastyfish:

These rewards can only be acquired through winning the contest by being the first to turn in your 40 Tastyfish. 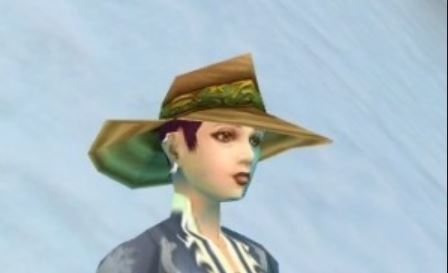 Even if you weren’t the first player to turn in your fish to Riggle, you can still get some darned decent rewards from two other NPCs in Booty Bay.  Jang will continue to accept Speckled Tastyfish in exchange for coin.  He will give you 23 silver pieces for every 5 Tastyfish you turn in to him.  Fishbot 5000 offers a variety of quest rewards for various rare drop fish listed below.  Both of these NPCs will stay in Booty Bay for one hour after the contest officially ends at 4PM.

At this point in classic WoW, the Speckled Tastyfish are not time sensitive (in later versions of the game, they disappear after about 4 hours), so you can hold on to them, along with your rare fish, to turn in the following Sunday if you don’t make it back to Booty Bay before the quest NPCs disappear.

What’s the best way to be prepared? 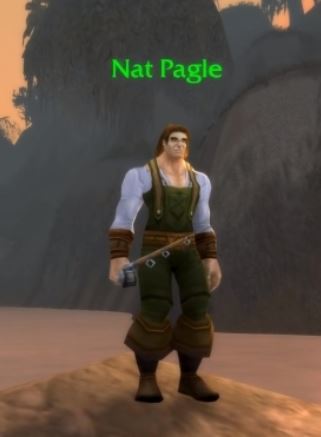 Be of sufficient skill

The absolute most important thing to do is to get your fishing skill as high as you possibly can.  The minimum requirement for fishing in STV is 130, but if you’re planning on winning the contest, it will be a necessity to reach your maximum of 255 in that skill.  If you are of a lower skill level, but still want to participate, you might have luck by using lures.  If you are at 255, then don’t use lures at all, because you will already be so high in skill that they won’t help you.

Be of appropriate level

The contest is open to players of all levels, but the level range of STV means that lower level characters will have an extreme disadvantage while attempting to fish on their own.  Anyone under level 30, will be dropped quickly by the mobs in the zone and if you’re playing on a PvP server, it’s even more difficult.

Be as mobile as possible

Having a fast mount with a speed increasing trinket can give you an advantage, because staying mobile is important.  The moment that a tastyfish pool despawns, you’re going to want to mount up right away and get to your next fishing node quickly. Have a constant idea of where you’ll go next to minimize downtime.  Keep in mind that the fishing pools respawn about 6 minutes after they’ve despawned. This will help when you need to return to previous fishing spots.

Stay in the water and away as far away from the shoreline as possible, to minimize the chance of encountering any enemy mobs.  Don’t full on swim if you can avoid it, so that you’re able to mount up quickly.

Another great way to increase your mobility for winning is to set you Hearthstone to Booty Bay.  This will let you return to the city instantly upon acquiring your last Speckled Tastyfish.

While the quest and contest itself is a solo activity, it is a good idea to work in a group from week to week and complete the quest together with some friends over time.  This is especially true on PvP servers, where ganking is a viable and effective method of winning.  If you are not on a PvP server, make sure that  you are not flagged PvP while you are participating in the contest, or you will have a very bad time. 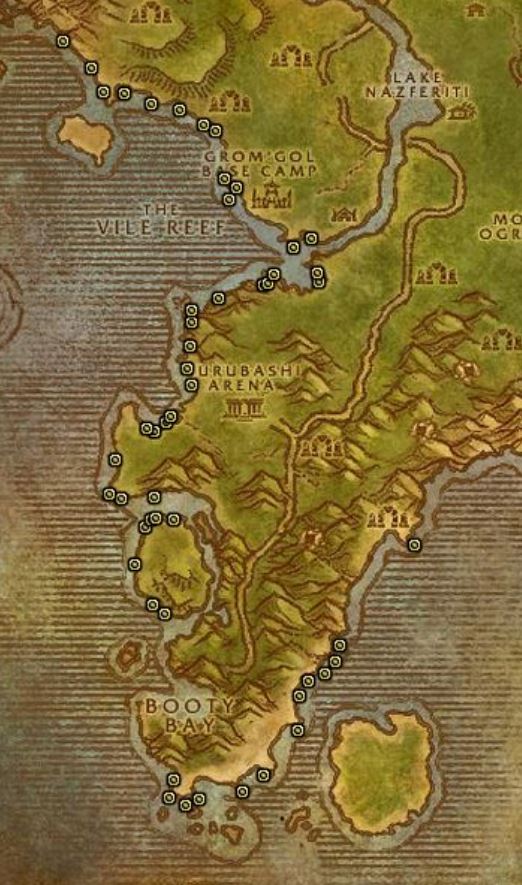 Don’t give up if you don’t have success at first!  The extravaganza is equal parts preparation, tenacity and good fortune, and even if you don’t get the big win, there’s always a chance of getting one of those rare fish, which is a cool reward.

How will it end? 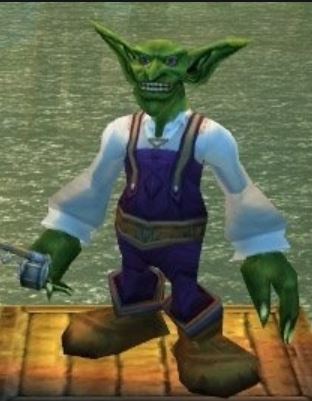 You should expect a winner to emerge within the first 25-35 minutes of the contest, which is why it is important to keep an eye on the chat, because it’s easy to miss the winner announcement while you’re laser focused on doing as much fishing as possible.

Remember, even if you don’t win, you can still turn in your Speckled Tastyfish for gold after the contest is won.  In fact, for lower level characters that stay near to Booty Bay, this is a decent method of generating income once a week.  You get about a gold per stack for turning in the fish to Jang.  Between that and the rare fish rewards, it’s not at all a bad way to spend a Sunday afternoon.  Have fun fishin’!