Onyxia’s Lair is easily the most convoluted and time consuming process when it comes to Attunement.  Both factions must complete a long quest chain, ranging all over Azeroth and deep inside the many dungeons of Blackrock Spire.  The Horde and Alliance quest chains are actually quite different and so you’ll find them separated by faction below.

Each quest chain culminates in acquiring the Drakefire Amulet, which necessary to gain access to Onyxia’s Lair. Because of its ability to resist fire damage, the neck slot item will come in very handy during the fight with the Black Dragon and her progeny as well.

Head to southeast Burning Steppes to accept the first quest: Dragonkin Menace from Helendis Riverhorn. This quest requires you to kill 15 Black Broodlings, 10 Black Dragonspawn, 4 Black Wyrmkins, and 1 Black Drake. These can be found near a cave north of Morgan’s Vigil. Return to Helendis Riverhorn when finished.

Accept the second quest: The True Masters. For this quest, just take the letter you’ve been given to Lakeshire in Redridge Mountains. Give it to Magistrate Solomon. Next you’ll need to make a stop in Stormwind, then talk to Ragged John in northern Burning Steppes. Head South to Marshal Maxwell once finished. 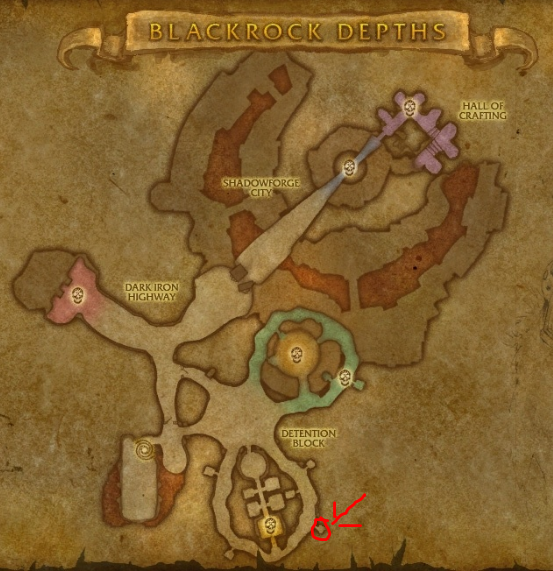 A Crumpled Up Note

A Shred of Hope

Accept the seventh quest: Jail Break! As the quest name suggests, you’ll have to assist Marshal Windsor in his escape from Blackrock Depths. Your best bet is to clear as many enemies as possible before starting the escort quest. Once successful, turn the quest in with Marshal Maxwell in Morgan’s Vigil.

Accept the ninth quest: The Great Masquerade. For this one, you’ll need to protect Reginald Windsor as he travels through Stormwind. Although it seems intimidating, Bolvar will actually do most of the fighting for you. Just focus on staying alive!

Accept the tenth quest: The Dragon’s Eye. With the Fragment of the Dragon’s Eye in your inventory, seek out Haleh in Winterspring. You’ll find her hiding at the back of a cave in Mazthoril.

Accept the eleventh and final quest: Drakefire Amulet. Head to Upper Blackrock Spire. Clear through the dungeon until you kill General Drakkisath and loot his corpse. Return to Haleh in Mazthoril, Winterspring.

Once you get back, you’ll receive your fresh Drakefire Amulet, allowing you entrance into Onyxia’s Lair. Congratulations, attunement complete!

Accept the second quest: Eitrigg’s Wisdom. This quest is short and simple. Go to Orgrimmar and talk to Eitrigg in Thrall’s Chamber. Speak to Thrall afterwards to finish up.  He’s the one in the big chair.

Accept the third quest: For The Horde! Progress through Upper Blackrock Spire and kill Warchief Rend Blackhand. After looting his head, return to Thrall in Orgrimmar.

What the Wind Carries

Accept the fourth quest: What the Wind Carries. Another quick one here. Just listen to Thrall tell you his story.

The Champion of the Horde

Accept the fifth quest: The Champion of the Horde. For this one, you’ll need to locate Rexxar somewhere along the main road of Desolace. Your best bet is to start running from Shadowprey Village until you eventually run into him.

The Testament of Rexxar

Accept the sixth quest: The Testament of Rexxar. Make your way to Western Plaguelands and go south of Andorhal to find Myranda the Hag in Sorrow Hill.

Accept the seventh quest: Oculus Illusions. You’ll need to collect a total of 20 Black Dragonspawn Eye from Upper Blackrock Spire. 2 of them drop from each dragonkin. Once you’ve collected all 20, head back to Myranda the Hag in Sorrow Hill.

Accept the eighth quest: Emberstrife. Now your task is to go to Emberstrife’s Den. You can find it near Wyrmbog in Dustwallow Marsh. After you’ve found the den, put on the Amulet of Draconic Subversion you’ve been given so you can speak with Emberstrife.

The Test of Skulls, Chronalis

For The Test of Skulls, Chronalis: Head to Tanaris and go to the Caverns of Time. Kill Chronalis, who is blocking the entrance and pick up his skull. This quest is turned in at Emberstrife in Dustwallow Marsh.

The Test of Skulls, Scryer

For The Test of Skulls, Scryer: You’ll need to find Scryer in Winterspring. Scryer is close to Mazthoril, hiding in a cave. You’ll know you’re in the right spot when you find the Haleh teleport. Don’t forget to loot his skull. This quest is turned in at Emberstrife in Dustwallow Marsh.

The Test of Skulls, Somnus

For The Test of Skulls, Somnus: Now you’ll need to go Swamp of Sorrows and head south of The Temple of Atal’Hakkar (Sunken Temple). Kill Somnus once you find him and loot his skull.  he tends to travel all around south of the Temple, so you may have to search for some time.

The Test of Skulls, Axtroz

After killing Chronalis, Scryer, and Somnus, accept the twelfth quest: The Test of Skulls, Axtroz. To locate Axtroz, go to the Wetlands and head to the eastern part of the zone until you’re in Grim Batol. Kill and loot Axtroz for his skull.  Return to Emberstrife in Dustwallow Marsh upon completion.

Accept the thirteenth quest: Ascension…. For this quest, you’ll need to return Rexxar in Desolace. Take your Dull Drakefire Amulet to finish the quest.

Blood of the Black Dragon Champion

Accept the fourteenth and final quest: Blood of the Black Dragon Champion. Return to Upper Blackrock Spire once again, and kill General Drakkisath. Loot his blood, and go back to Rexxar in Desolace.

That is the complete chain of quests for both factions, for attunement to Onyxia’s Lair.  Whether Horde or Alliance, you may now enter the dungeon in Duskwallow and face Onyxia and the rest of her progeny.  Good Luck! 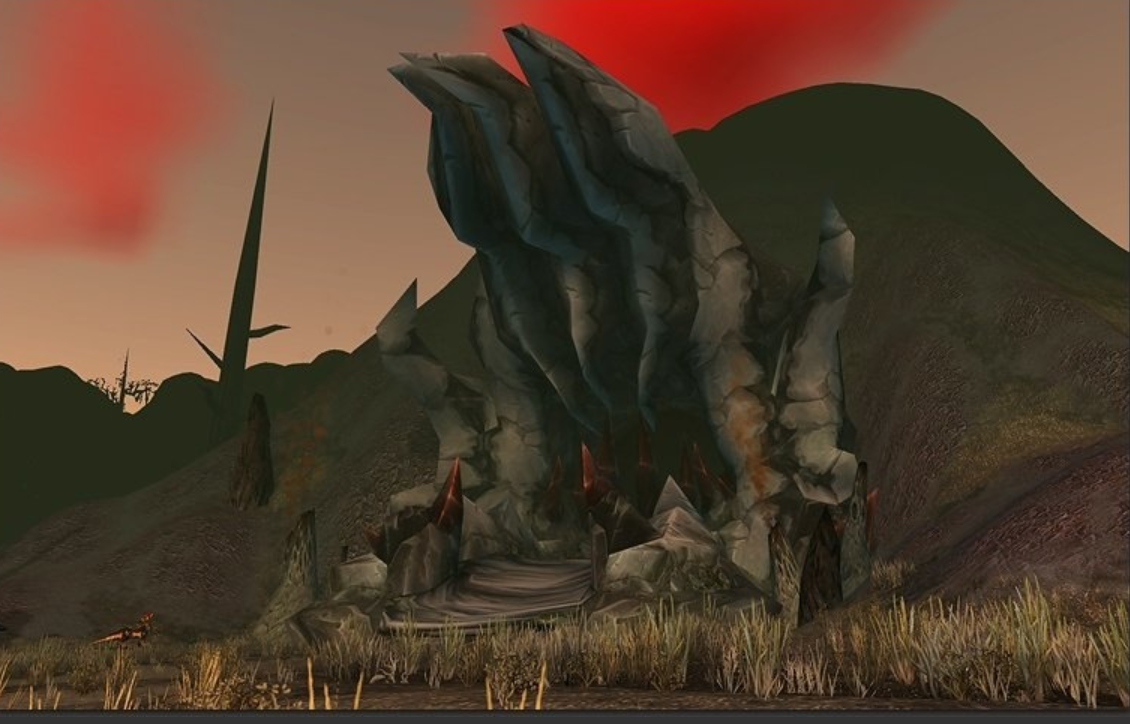