Hallow’s End is one of the most popular holiday events within the game of World of Warcraft – both in the retail version and in WoW Classic.  It’s patterned heavily after the real world celebration of All Hallow’s Eve, or Halloween as it is known by here on Earth.

The holiday of Hallow’s End is the celebration of the Forsaken’s escape from the slavery of the Lich King and is very important to that them.  It’s also a time of mischievous pranks for all of the other races of Azeroth, particularly Humans and Orcs, who never seem to miss the opportunity to cause each other a bit of grief.

The event takes place over the last weeks of October, to coincide with Halloween.  This is usually estimated to have it run between October 18th and November 1st.  The more modern version of the event has a few more tricks and treats, Classic Hallow’s End still has plenty of spooky fun to offer players of all ages. 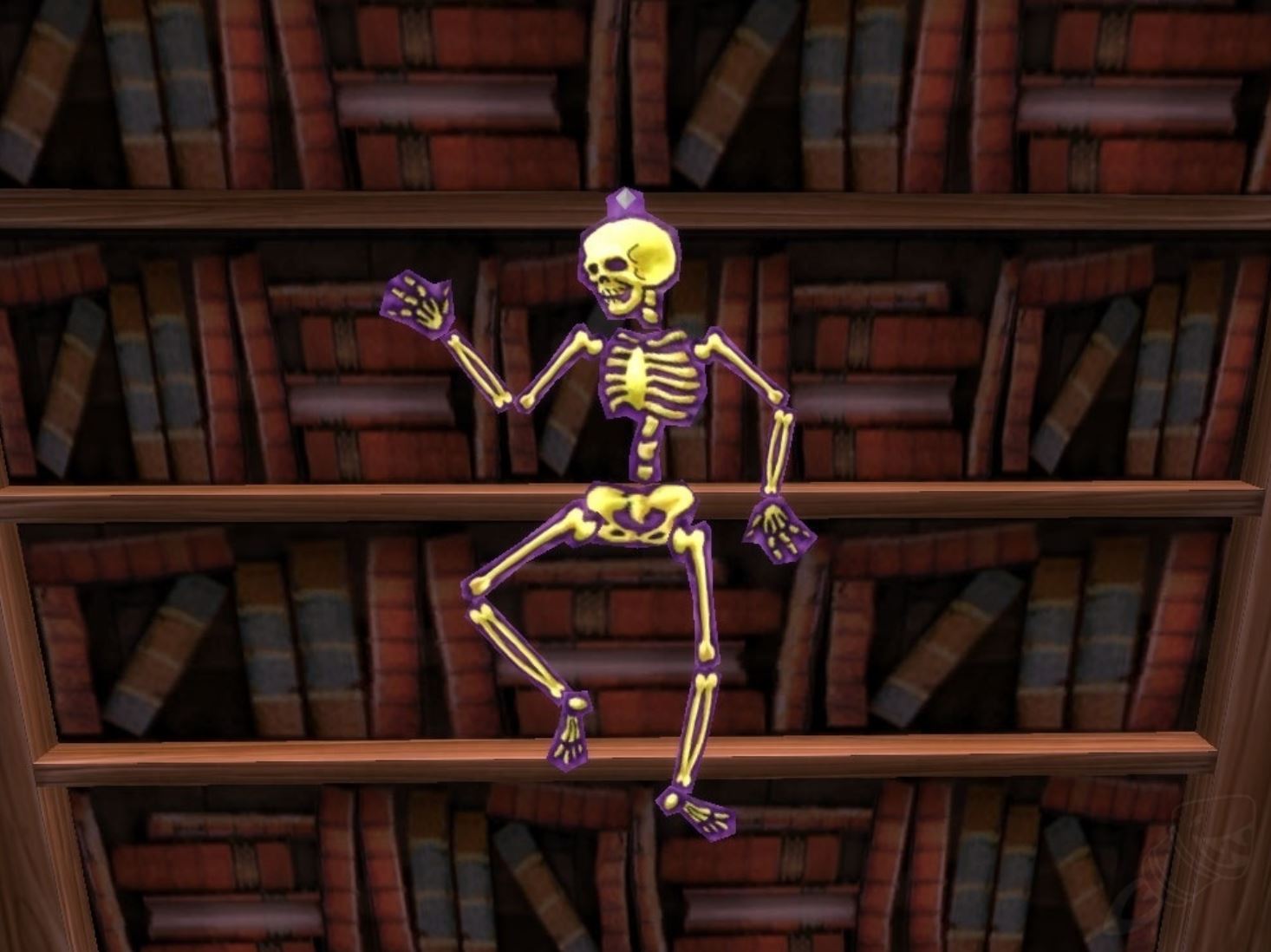 During Hallow’s End, there are a lot of really fun games, treats, tricks and goings on to take part in.  While most of the rewards are either cosmetic, or practical, like food, some of them are extremely useful, even to higher level characters. 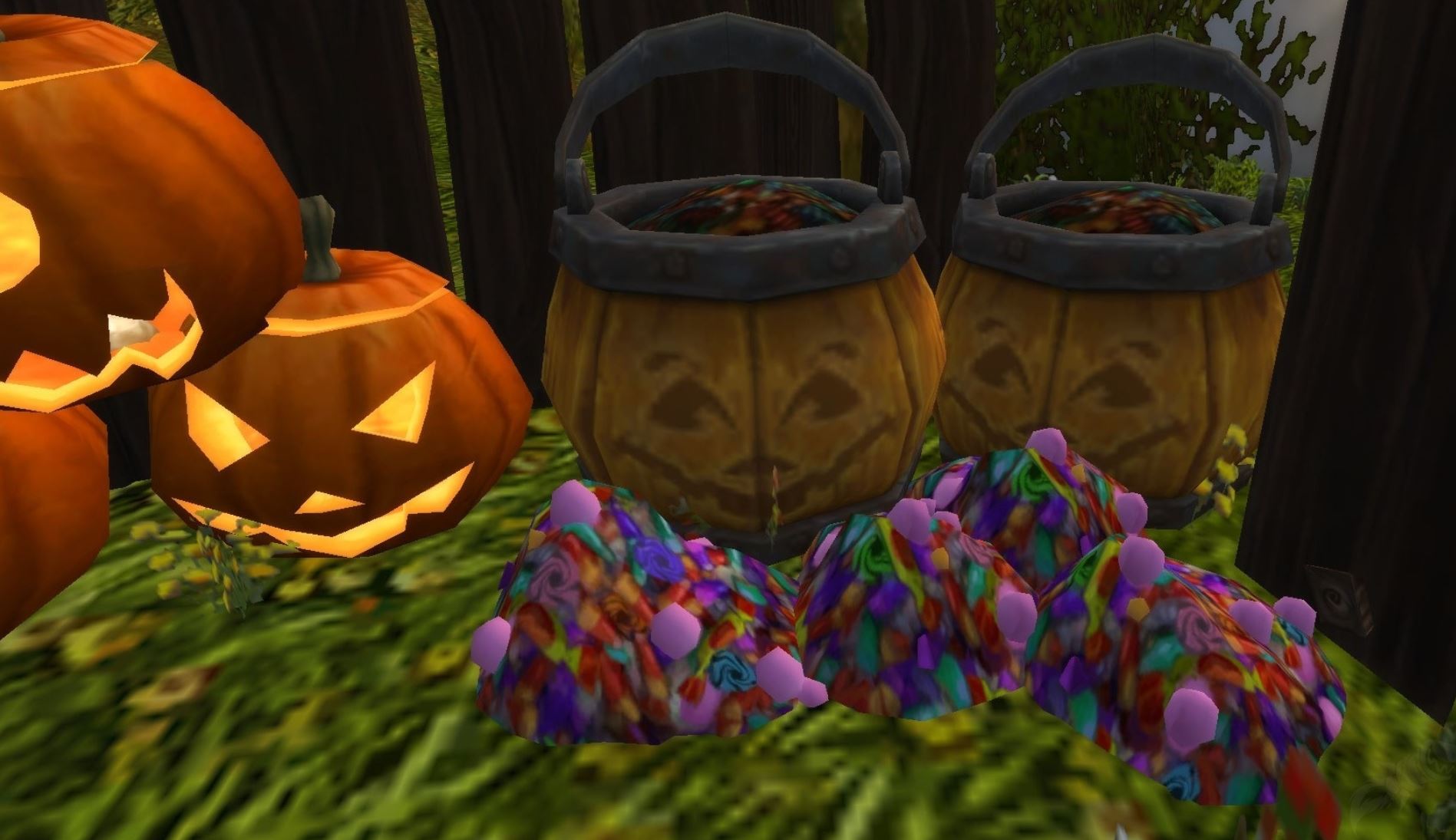 What’s a fall celebration without some spooking and scaring, right?  During Hallow’s End, if you go to any of the inns in Azeroth, and interact with an innkeeper, they’ll have an option to “trick or treat”.  If you select it, you’ll either be tricked, or treated.  You’ll also get the debuff of the same name and won’t be able to trick or treat again for another hour.

If you get tricked, one of two things will happen: 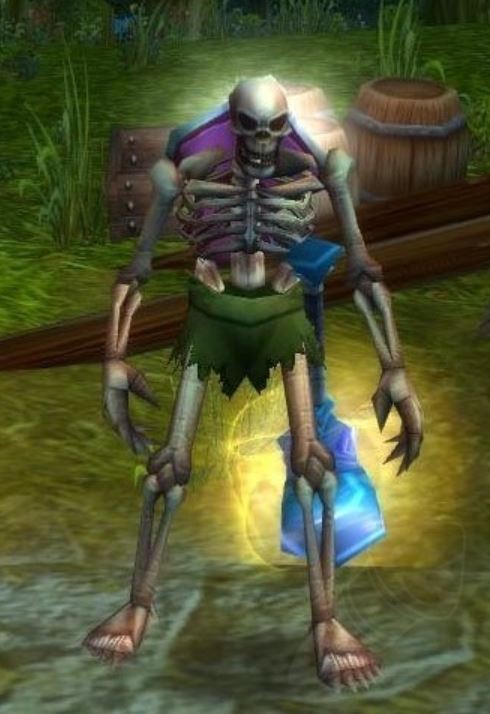 If you get a treat, you’ll receive a Treat Bag containing on of the following: 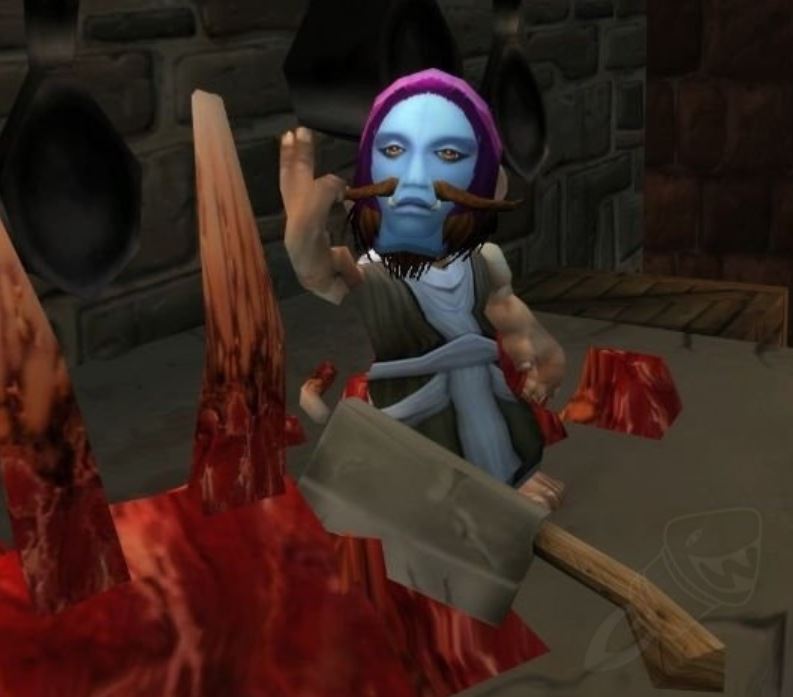 A time honored, if strange tradition, bobbing for apples is non-the-less a fun way to get a free treat.  If you bob for apples at one of the many Apple Bobs scattered throughout Azeroth, you’ll receive 5 Bobbing Apples.  These fun, Hallow’s End treats offer any level healing, along with a buff to Stamina and Spirit, which also scales with level. 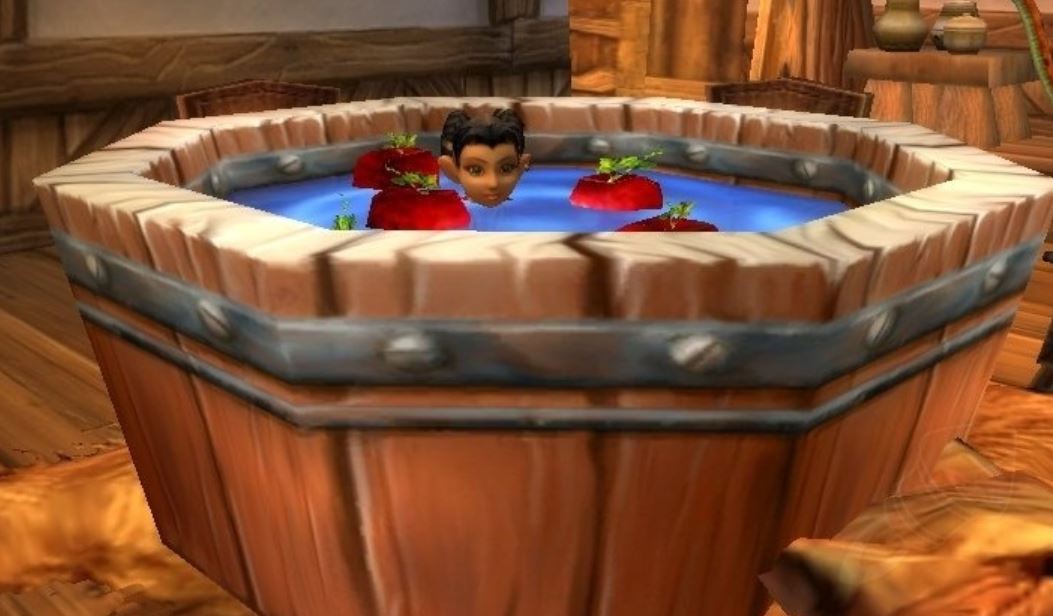 Probably the most useful physical reward to higher level characters, the Pumpkin Bag is a 16 slot bag that is a world drop from any creature of level 50 or above during Hallows End.  Getting it involves simply killing level 50+ mobs until it drops.

Hey!  You’re an adult.  You don’t have to trick or treat to get candy.  You can just buy it.  If they have the money, Alliance players should look for Katrina Shimmerstar, in Ironforge, and Horde players should seek out Rachelle Gothena in Orgrimmar to get their hands on some unique, limited time treats.

After you have completed the Hallow’s End Treats questline and given a bunch of candy away to orphans, these vendors will also sell Hallow’s End Pumpkin Treat to you.

Aside from all of the fun and festivites, there are a number of great quests to pick up and do and all of the quests during Hallow’s End offer both experience and reputation with your faction’s main cities.  There are two sets of quests for both factions; one for level 60 characters, which involve the Wickerman Festival and another for characters of any level.

Treats for Jesper and Spoops

Just like during Children’s Week the Orphan’s of Azeroth need a short change hero and you’ve got just enough copper and silver to fit the bill.  Two kiddos are sick and so can’t go out to trick or treat this year.  So head on over to the orphanages in Orgrimmar and Stormwind to meet them to see what you can do to help make their Hallow’s End special.

Important!  Before leaving either of these cities, make sure you get the Flight Path for them, especially Orgrimmar, or making this trek could be a slog.

Alliance players will find Jesper in the orphanage in Cathedral Square.  He’s interested in a trade of candies, but you’re fresh out.  Pick up the quest Hallow’s End Treats for Jesper! from him and head out to stock up on Hallow’s End treats from the innkeepers of the main cities.

From here, head back to Jesper in Stormwind and give him all of your well earned Hallow’s End treats.  In return he will give you 30 Hallow’s End Pumpkin Treats!  It’s often a good idea to set Stormwind as your hearth before you set out, so you can easily return there once you have the Darnassus Marzipan.

Horde players can find the little orc girl, Spoops, in the Orgrimmar orphanage within the Valley of Honor.  She’s also sick and would like to trade some of her Hallow’s End Pumpkin Treats for some different candy.  Take her quest, Hallow’s End Treats for Spoops!, so that you can make her Hallow’s End wishes come true!

You can either hop a zeppelin, or hearth back to Orgrimmar now and return to Spoops to turn your candies in to her.  She will gratefully repay you for your kindness with 30 Hallow’s End Pumpkin Treats.

Mages who can create portals to the main cities will find themselves at a distinct advantage with these quests, no matter what faction they are in.  So make friends with a mage if you can, or offer a tip for their services. 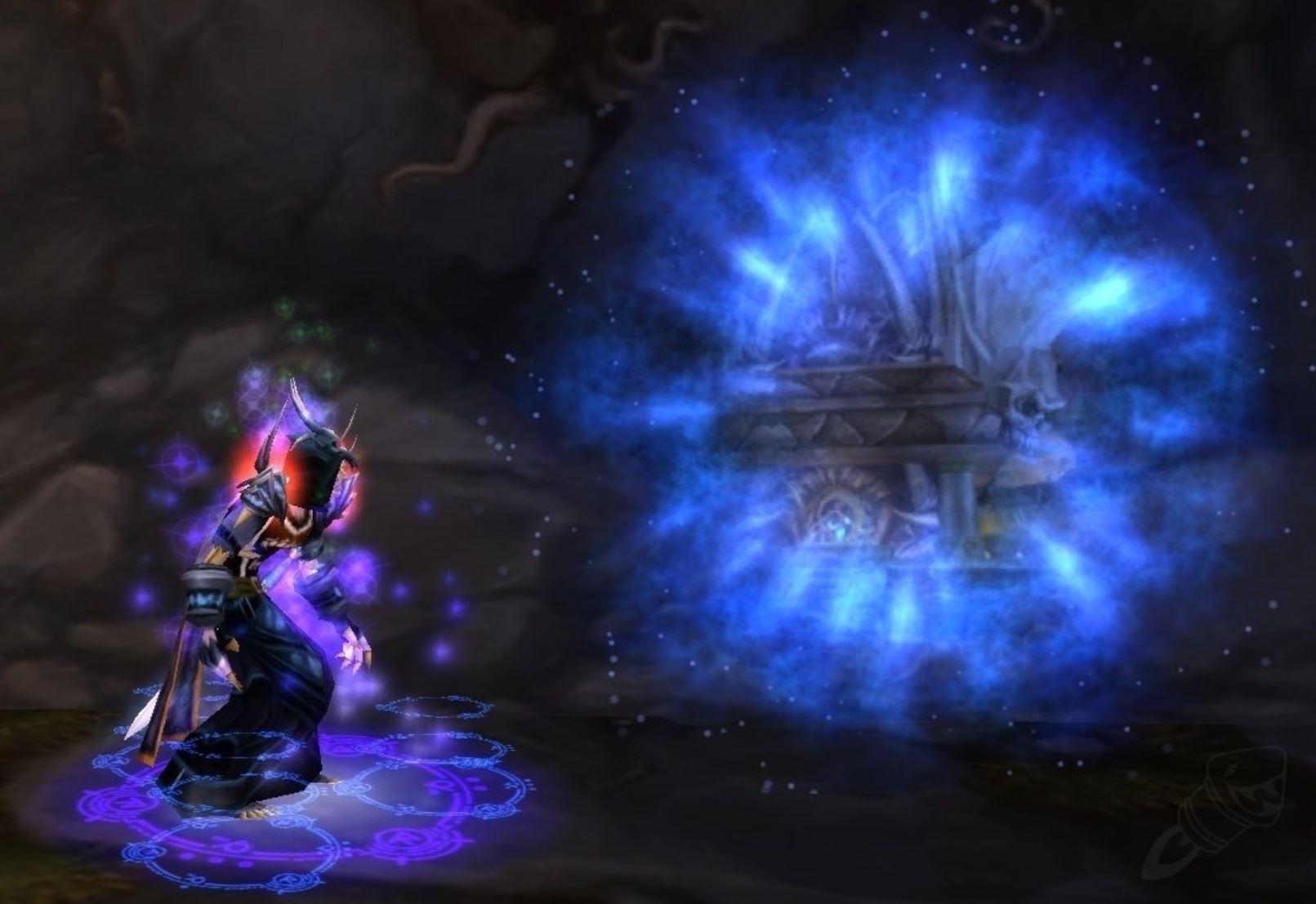 What is Hallow’s End without a good prank?  Horde and Alliance players can have some mischievous fun and get their hands on some Hallow’s End Pumpkin Treats during this spooky time of year if they wish.

Horde players should seek out Darkcaller Yanka in the Tirisfal Glades, nearby the Wickerman statue to pick up either of the following quests. 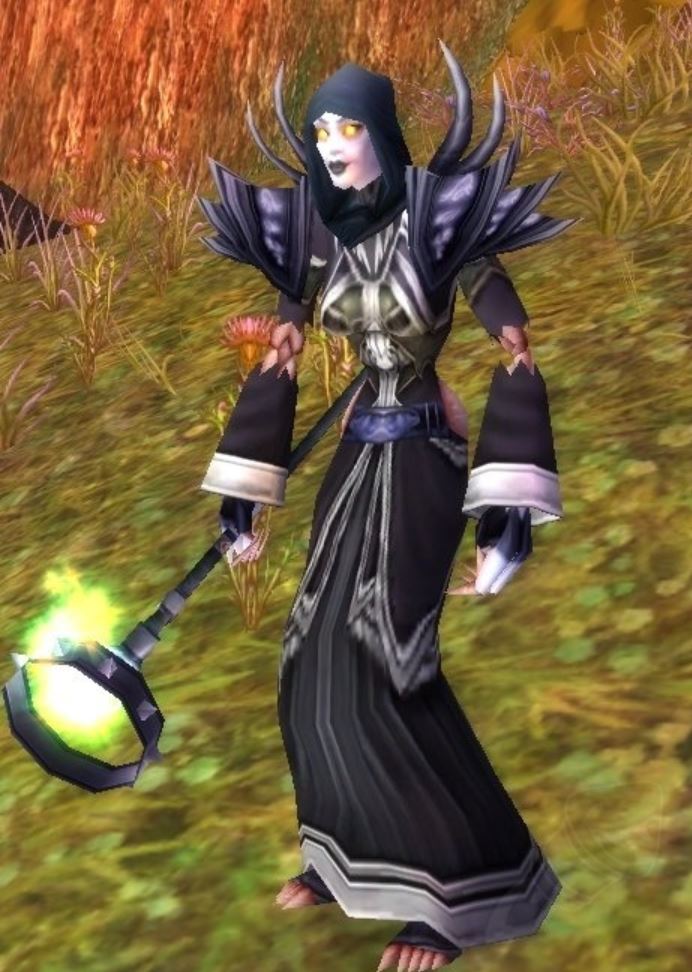 Alliance can seek out Sergeant Hartman in Southshore to accept both of these fun quests. 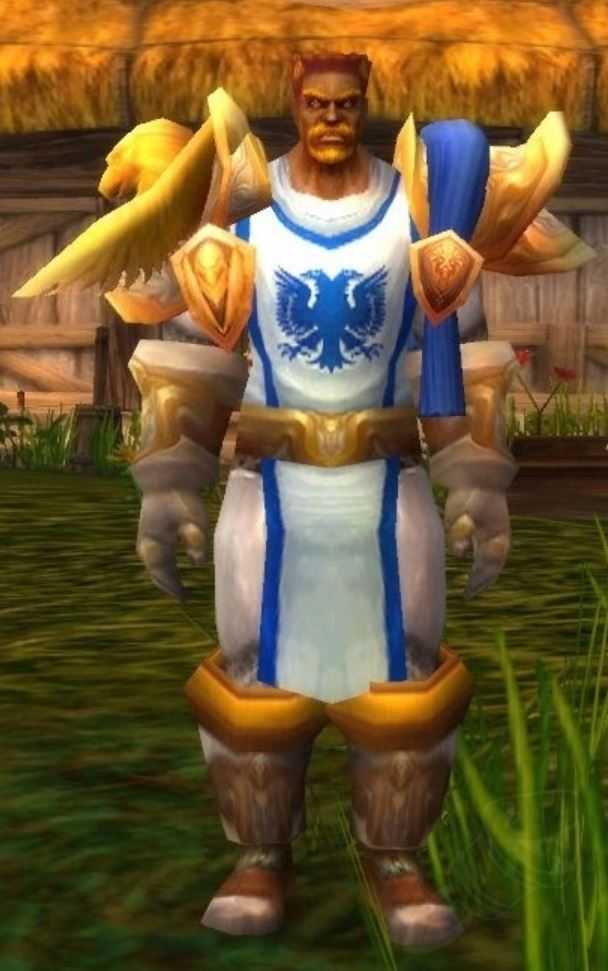 It should be noted that trying to complete any of these quests will likely flag the player as PvP.  So attempt them at your own risk.

One of the major events of Hallow’s End is the ceremonial lighting of The Wickerman following a speech from Lady Silvanus Windrunner, the leader of the Forsaken faction.  This takes place at the border of the Tirisfal Glades and the Silverpine Forest at 8PM server time.  Once Lady Sylvanus finishes her speech and  the burning of the Wickerman is complete, the Forsaken in attendance smear the ashes from the pyre onto their faces as a symbolic gesture.

The Wickerman itself offers an extremely potent buff called the Invocation of the Wickerman, which conveys a 25% increase in health, mana and stamina regeneration. 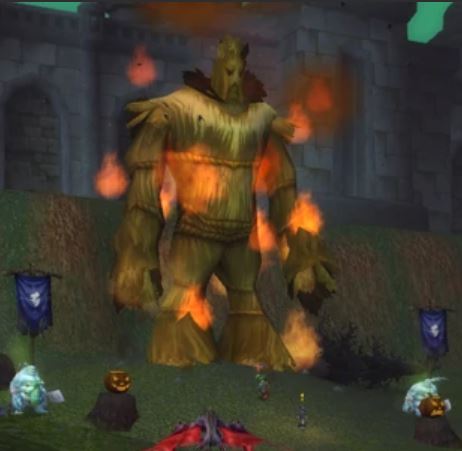 To get the buff, Horde players need only loot the Wickerman Ember from the Wickerman, which is just outside the Ruins of Lordaeron in the Tirisfal Glades, between the hours of 8PM and 6 am server time.

Alliance players will have a much more difficult time getting the Invocation of the Wickerman, as they will have to contend with Wickerman Guardians that surround the towering effigy.  These guardians drop the Wickerman Guardian Ember on the ground when they perish, allowing you to loot them and acquire the buff.  They are level 60 Elites, so you will likely need a group to defeat them and likely have to pull them one at a time.  Be careful.  If you’re going after this buff anyway, go ahead and grab the above quest in Southshore and get credit for scouting the Wickerman at the same time.

That’s all the fun there is for this year, kiddies!  Have a wonderful and spooky Hallow’s End, and remember, have fun! 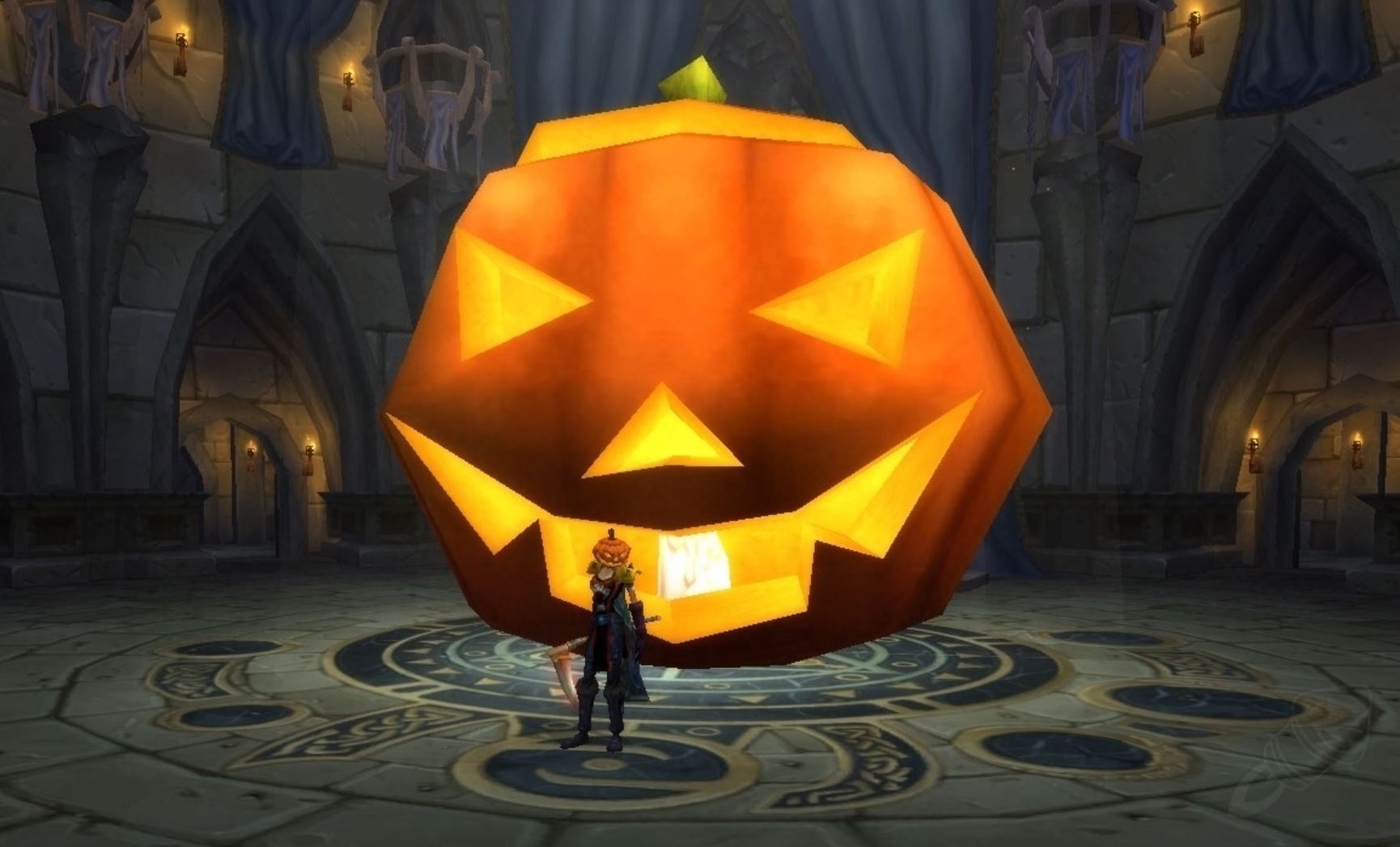