World of Warcraft Classic has several dungeons and raids for you and a group of mighty adventurers to clear and defeat. Some dungeons only require you to reach a certain level to enter, but some of them require you to complete a quest or set of tasks to prove your worth. This process is known as attunement. This guide will illustrate the dungeons that require an attunement, and what you’ll need to do complete that attunement!

As of right now, there are 10 dungeons and 4 raid instances that have some sort of attunement attached to them. Not all attunements are required to access the dungeon, although most are. Some attunements exist to offer you access to a shortcut within a dungeon, or even access to additional areas that weren’t available previously.

In addition to some attunements unlocking different things, there are also different styles of attunements. Dungeon attunements are all single player attunements, meaning that only one player in your group is required to have completed the attunement to access it. Even if all four other members aren’t attuned, they can still participate because of the one attuned player.

In contrast, raid attunements are different. All raid attunements require each individual player to complete attunement in order to access what it unlocks. This does mean that you may be required to finish attunement on your own before even entering most of the raids in this guide.

Dungeon attunements only require a single player in the group to have them completed. Not all of them are required for entry, but they are a necessity to reach certain areas in the dungeon.

The attunement for Gnomeregan is also very easy. It unlocks the back entrance to Gnomeregan, which lets you skip a good portion of the dungeon.

Obtaining the workshop key is as simple as killing Electrocutioner 6000, located towards the end of Gnomeregan.

Scarlet Monastery is a special dungeon because of the way it is broken up into multiple wings. One wing that isn’t locked, the Library wing, contains The Scarlet Key in Doan’s Strongbox at the end of the wing. You need this key in order to enter SM Armory or SM Cathedral.

Much like Stratholme, all you need to do is loot the key to complete attunement. Kill Arcanist Doan at the end of the Library Wing, and pick up the key from Doan’s Strongbox. 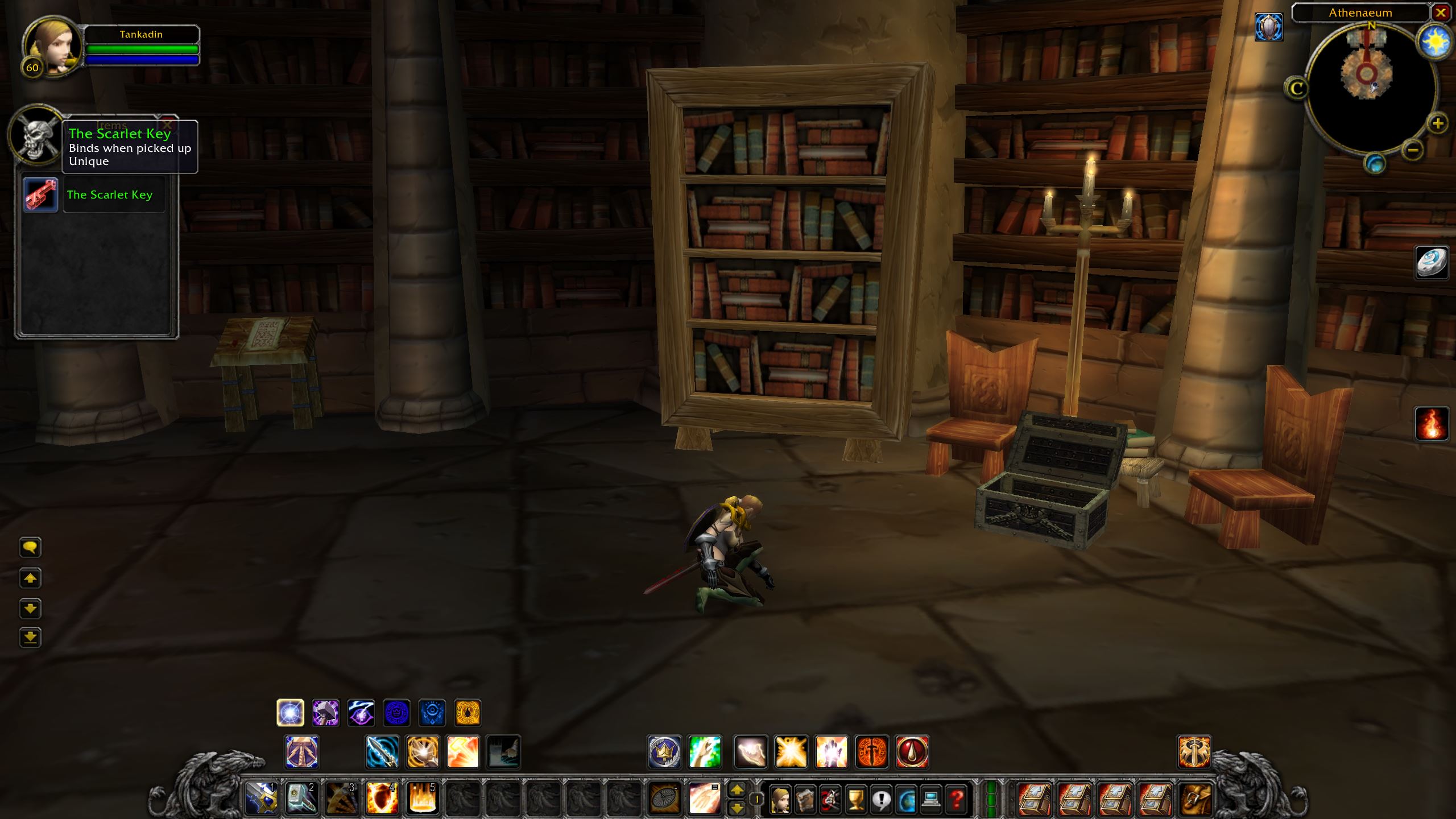 Zul’Farrak doesn’t have an attunement requirement for entry, but does have one to summon the hydra boss, Gahz’rilla.

Acquiring the Mallet of Zul’Farrak is fairly straightforward. Climb to the top of the Altar of Zul in The Hinterlands to find Qiaga the Keeper. Kill her and pick up a Sacred Mallet. You’ll want to bring friends as Qiaga and friends are elites.

Now make your way to the top of Jintha’Alor to find another altar (once again, brings friends). Use the Sacred Mallet there to transform it into the Mallet of Zul’Farrak, ending the attunement process.

Maraudon’s attunement isn’t required for entry, but you will need to finish it if you want a shortcut straight to the final boss, Princess Theradras. The attunement unlocks a portal transporting you straight to Earth Song Falls.

To complete the attunement, you’ll need to finish the quest: Legends of Maraudon. The quest requires you to loot an item from the corpse of Lord Vyletongue and Noxxion, the two end bosses for the Orange and Purple sides of Maraudon.

After receiving both items, kill Celebras the Cursed near the large waterfall. Upon his death, Celebras the Redeemed will spawn for you to hand in your quest. Quickly help Celebras with his ritual to receive the Scepter of Celebras, which completes the attunement. 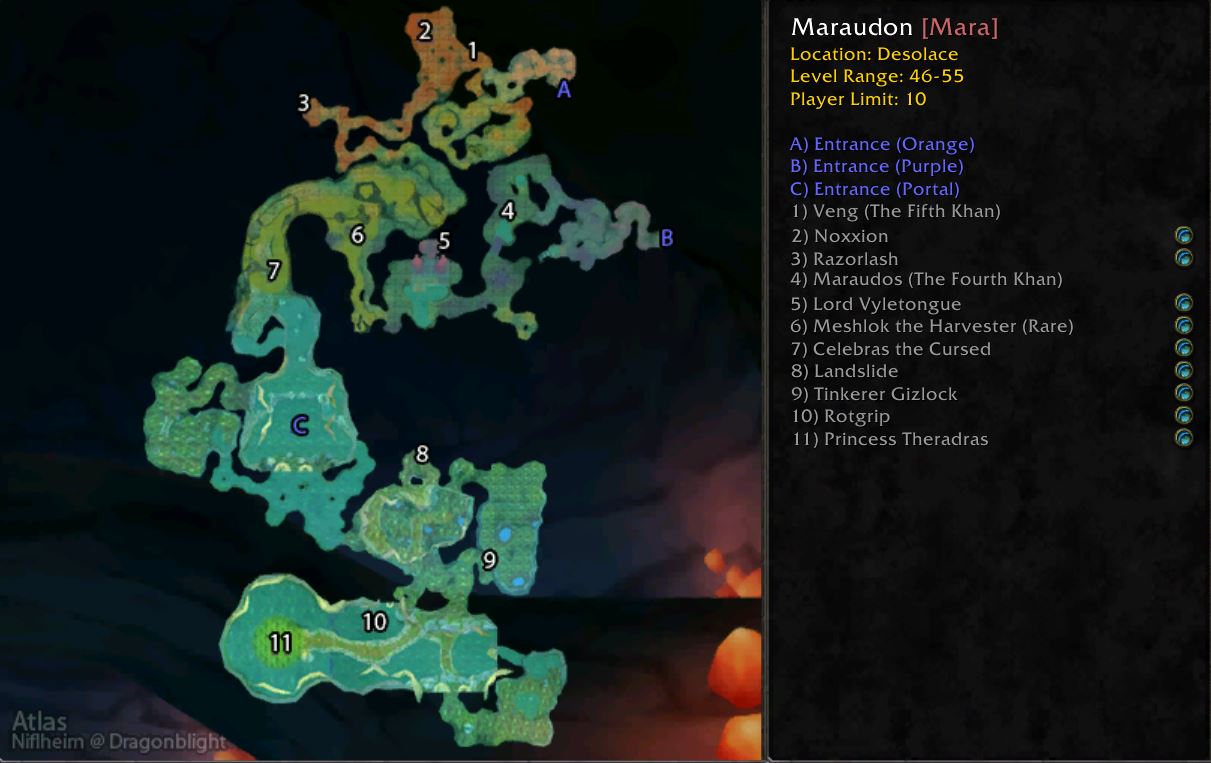 The giant behemoth of a dungeon known as Blackrock Depths doesn’t require attunement for entry, but is involved in the attunement of Molten Core and also has an attunement for itself offering a player several shortcuts to skip parts of the dungeon.

He’ll give you the quest: Dark Iron Legacy. To complete the quest, you’ll need to kill one of the bosses of Blackrock Depths, Fineous Darkvire. Loot the Ironfel, and bring it to the Shrine of Thaurissan. This is located where Pyromancer Loregrain is. Once you place the Ironfel on the statue, you’ll receive the Shadowforge Key, completing the attunement. 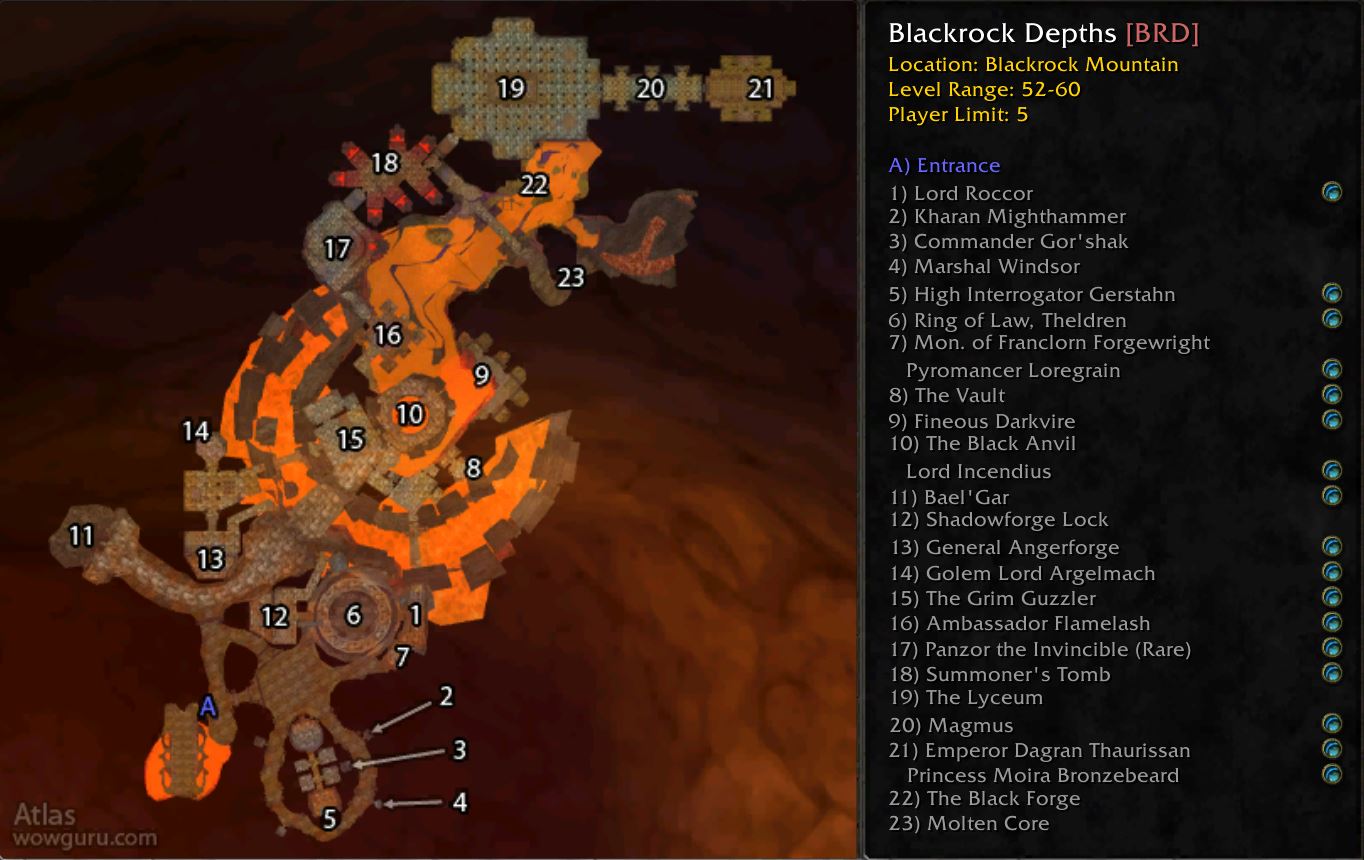 To complete attunement, you must finish the quest: Seal of Ascension. It is offered by Vaelan, located within Lower Blackrock Spire. The quest requires you to loot gems that drop from bosses within Lower Blackrock Spire. You’ll then need to visit Dustwallow Marsh and defeat the dragon Emberstrife. After doing so, Emberstrife will create the ring for you.

Vaelan originally appears as a hostile mob but when approached turns into a friendly human form. You need to carry an Unadorned Seal of Ascension in your inventory to be able to receive or hand in any quests. He can be found on an upper platform in the first area of LBRS after the entrance-hall.

Stratholme – Key to the City

While you don’t need to complete Stratholme’s attunement for entry, you will need it to access the side entrance. This lets you begin the dungeon on the Undead sector, making it much quicker to reach the final boss. 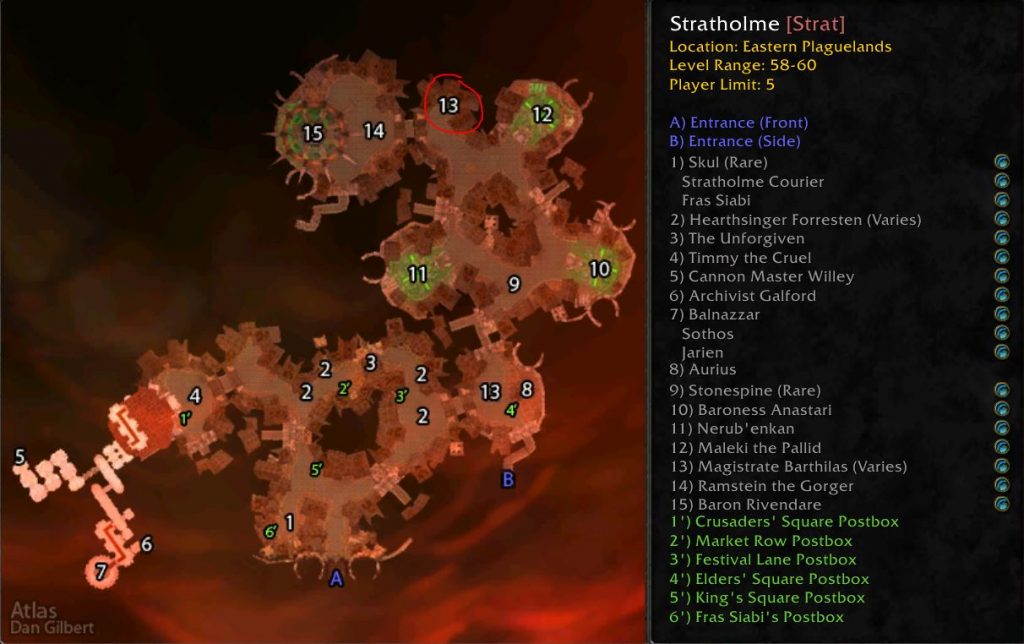 The Dire Maul attunement is not necessary to enter the dungeon. You will need it if you want to open the Shen’dralar Study or the North and West wings of the dungeon.

To acquire the Crescent Key, you’ll simply need to kill a pesky imp known as Pusillin. You’ll know you have the right imp if you end up chasing him over a majority of the beginning of the dungeon. Pusillin can be found in Dire Maul East. 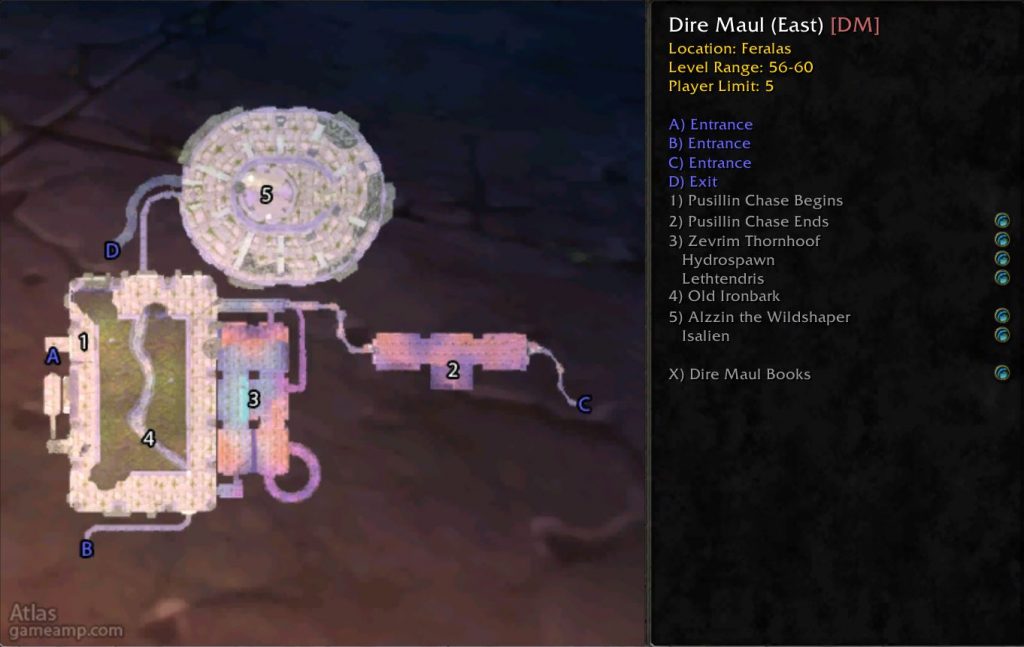 The following raid instances have attunements associated with them. Naxxramas and Onyxia require attunement for entry, but Blackwing Lair and Molten Core’s attunements simply serve for quicker access to the raid entrance.

Molten Core – Attunement to the Core

Molten Core’s attunement allows you to quickly enter. The main entrance is towards the end of Blackrock Depths, meaning it’s a very inefficient way to get enter the raid.

The most tedious and time consuming attunement process is undoubtedly associated with the dragon Onyxia. Both the Alliance and Horde have a lengthy questline that will take them across multiple zones and deep into Blackrock Spire. The questline differs for each faction, so they’ll be separated into their own section below. You can also read our full WoW Classic Onyxia’s Lair Attunement Guide.

The goal for each questline is to acquire a Drakefire Amulet, which is required for entry into Onyxia’s Lair. The necklace will also come in handy during the Onyxia fight itself because it has fire resistance. Check out the questline for your faction below!

The attunement for Blackwing Lair allows you a much quicker entrance to the raid. This is actually fairly important considering the standard entrance is found a significant way through Upper Blackrock Spire.

To complete attunement, you’ll need to kill the Scarshield Quartermaster inside Blackrock Mountain. You’ll find him before the entrance to Blackrock Spire, down a corridor to the right. Pick up the item Blackhand’s Command, which will prompt you to accept a quest.

To complete the quest, clear Upper Blackrock Spire and kill General Drakkisath. Now you can interact with the Orb of Ascension, completing your attunement! To quickly enter Blackwing Lair, return and use the orb near where you killed the Scarshield Quartermaster.

Attunement to Naxxramas is the only attunement that requires a reputation level. You’ll need to reach a minimum of honored with the Argent Dawn faction. Once you’re at least honored, you’ll be given a quick quest: The Dread Citadel – Naxxramas to complete the attunement.