We may not have a release date for it yet, but it’s clear that WotLK Classic is quickly approaching. With that in mind, Blizzard has published a new post on their official blog, hyping the new Death Knight class, in what is essentially a long tutorial of the class.

The post details pretty much everything there is to know about the Death Knight class: how you go about creating a DK, what their gameplay looks like, what some of their unique features are, and how their unique questline plays out.

Plays who are interested in the Death Knight class but not 100% sure if it is for them should definitely check out this post! And who knows, maybe you’ll come out a bit more… deadly, after reading the post!

What are your thoughts on this post by Blizzard? Are you interested in trying out the Death Knight class now that you know more about what they’re like? Let us know in the comments below!

A hero, that’s what you once were. You stood boldly against the shadow and purchased another dawn for the world… with your life. But the evil you fought is not so easily banished; the victory you claimed, not so easily held. For now, the specter of death looms over the world yet again and it has found new champions to bring about its final reign. Knights of darkness, wielding runes of death and destruction, bound by the will of the Lich King. This is the hour of their ascension. This is the hour of your dark rebirth…

The Lich King’s armies present an ever-present threat to all life on Azeroth. Some of his most terrifying servants are known as Death Knights—unliving instruments of the Lich King’s will.

Unlike mindless Scourge puppets such as ghouls and skeletons, a Death Knight is a former hero of Azeroth that’s been risen into undeath to serve the Lich King for all eternity. As World of Warcraft’s first Hero Class, they start at a higher level than other classes, and start their journey in a class-exclusive introductory experience.

Once the Wrath of the Lich King Classic pre-expansion update arrives, you’ll be able to create and level Death Knight characters. Here’s how it works:

Death Knights in Wrath of the Lich King Classic are a bit different from their modern World of Warcraft counterparts. Here’s a reminder of some of their key features:

A Death Knight can shift between three different Presences, each granting a personal benefit. Only one Presence can be active at a time. New Death Knights start with Blood Presence and learn the remaining Presences through leveling.

Runes empower a Death Knight’s attacks, and recharge over time. You can see what runes are available and their remaining recharge time by checking under your character’s portrait. Most abilities cost at least one rune. There are four types of runes:

Spending runes grants the Death Knight Runic Power. You can check your Runic Power level under your character’s portrait, above your available runes. Runic Power fuels most of your non-rune abilities (such as Death Coil), and it slowly drains away when you’re not in combat.

Runeforging
Death Knights have access to a unique way to enhance their weapons called Runeforging. Runeforging is done at a Runeforge (an easily accessible one can be found at Acherus, the Ebon Hold). Such weapon enhancements do not stack with normal weapon enchantments; rather they are a way for Death Knights to obtain exclusive effects that cater more to their class and playstyle choices. 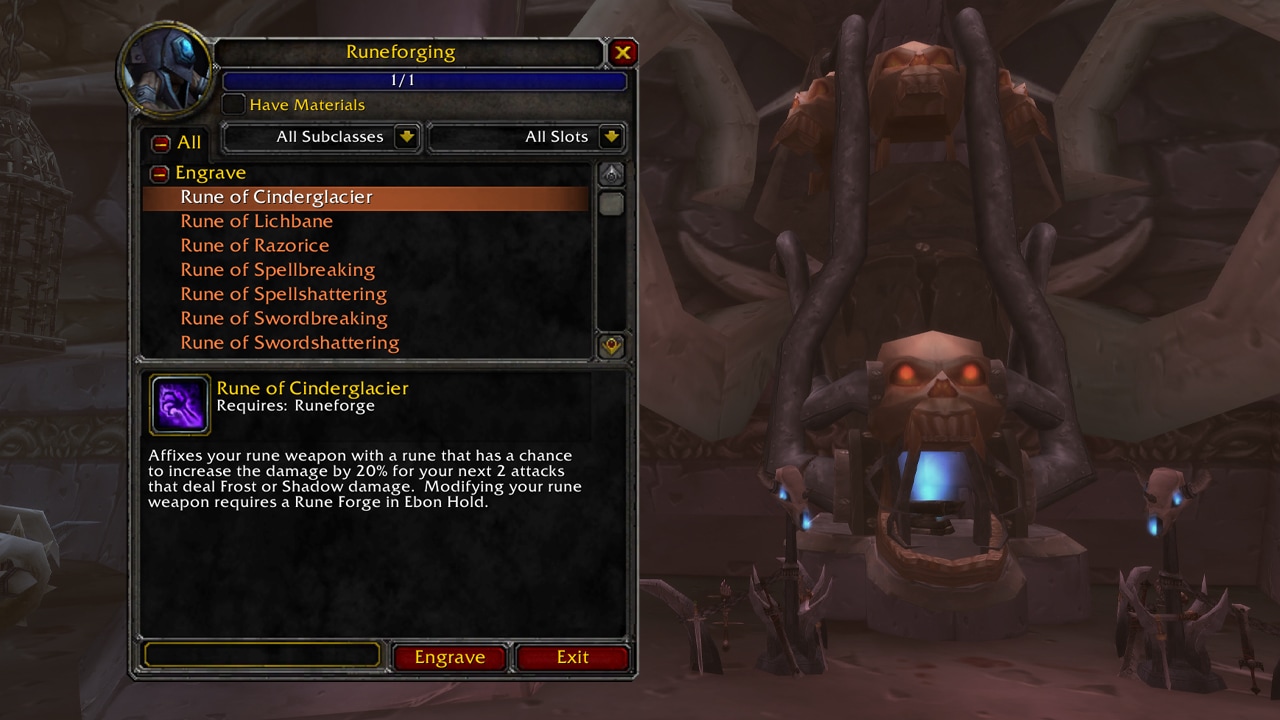 WELCOME TO THE MACHINE

After selecting your Death Knight’s race, hair style and color, body type, and the hardest choice of all—the name—you’re now ready to dominate Azeroth. There’s only one small detail: you’re still bound to the Lich King’s will. All that’s left for now is for you to do what any other freshly raised undead minion of the Lich King would: obey unquestioningly.

HOLDING OUT FOR A HERO

Your eternal servitude epic adventure starts at Acherus, the Ebon Hold, a floating fortress looming over the Eastern Plaguelands. Your master, the Lich King, will command you to see his servants and perform menial tasks like picking up a new weapon and learning the basics about your Death Knight. After you’ve become sufficiently acquainted with your newfound skills, you’re ready for the next steps. 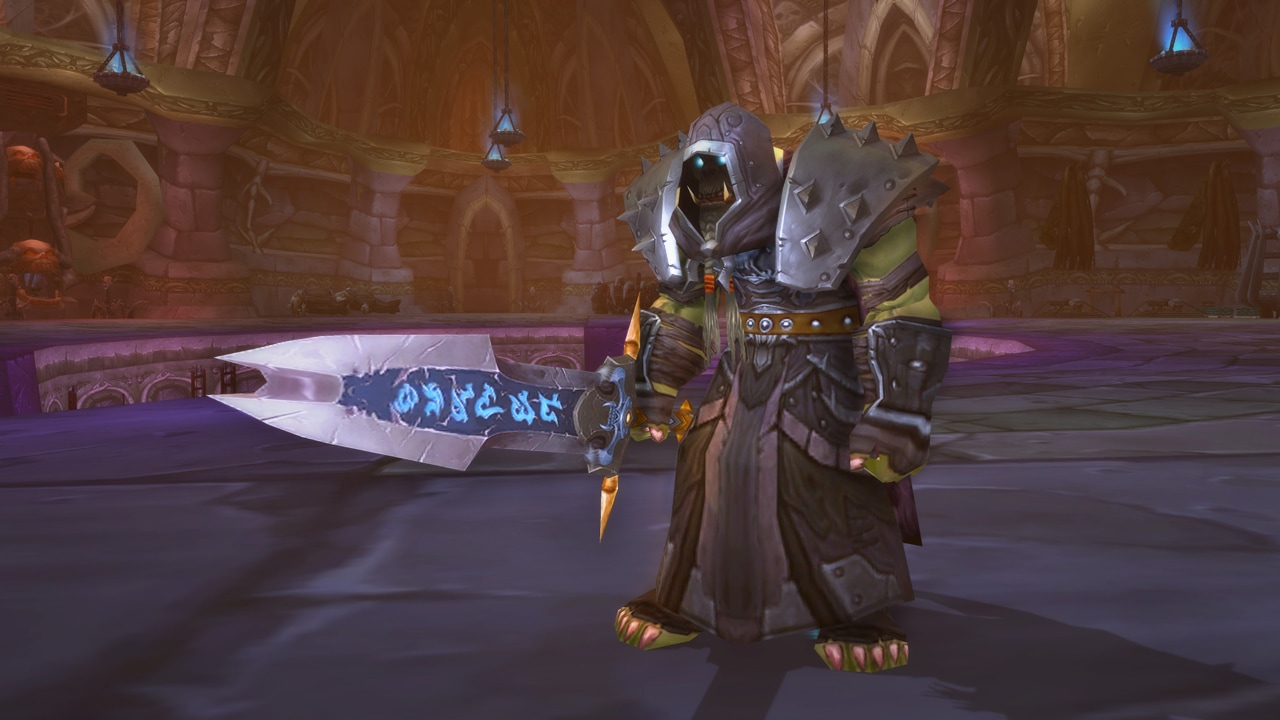 The Lich King has his eyes set on Light’s Hope Chapel. But first he commands you to deal with the Scarlet Crusade presence below Acherus in Havenshire. Follow your orders, and each completed quest will grant you more powerful loot, talent points, your first mount, and other goodies. Keep an eye out for Noth the Plaguebringer as you progress through your quests—he’ll instruct you on the creation of a plague cauldron that crafts some ‘killer’ brews, straight from Noth’s personal recipe book. Make sure to stock up before you leave the area for good.

THE MISTS OF NEW AVALON

As you continue to scourge Havenshire, all in the name of the Lich King, of course, you’ll eventually make your way to New Avalon. It is there that you’ll discover the Scarlet Crusade’s plans to deal with the Lich King’s menace. As the unstoppable force that you are, you’ll have no trouble dashing their aspirations.

THE LAST LIGHT OF HOPE

Continue to serve the Lich King and become stronger, and you’ll reach his ultimate goal in the region: Light’s Hope Chapel. After losing a completely one-sided an even and balanced fight against the forces of Light, you’ll find that your will is your own again, and you’ll be in need of new allies. Your days of serving Azeroth’s most famous villain are over. Head back to Acherus, the Ebon Hold and steal it away liberate it from the Lich King’s command, and then on to the rest of your journey as a free Death Knight. 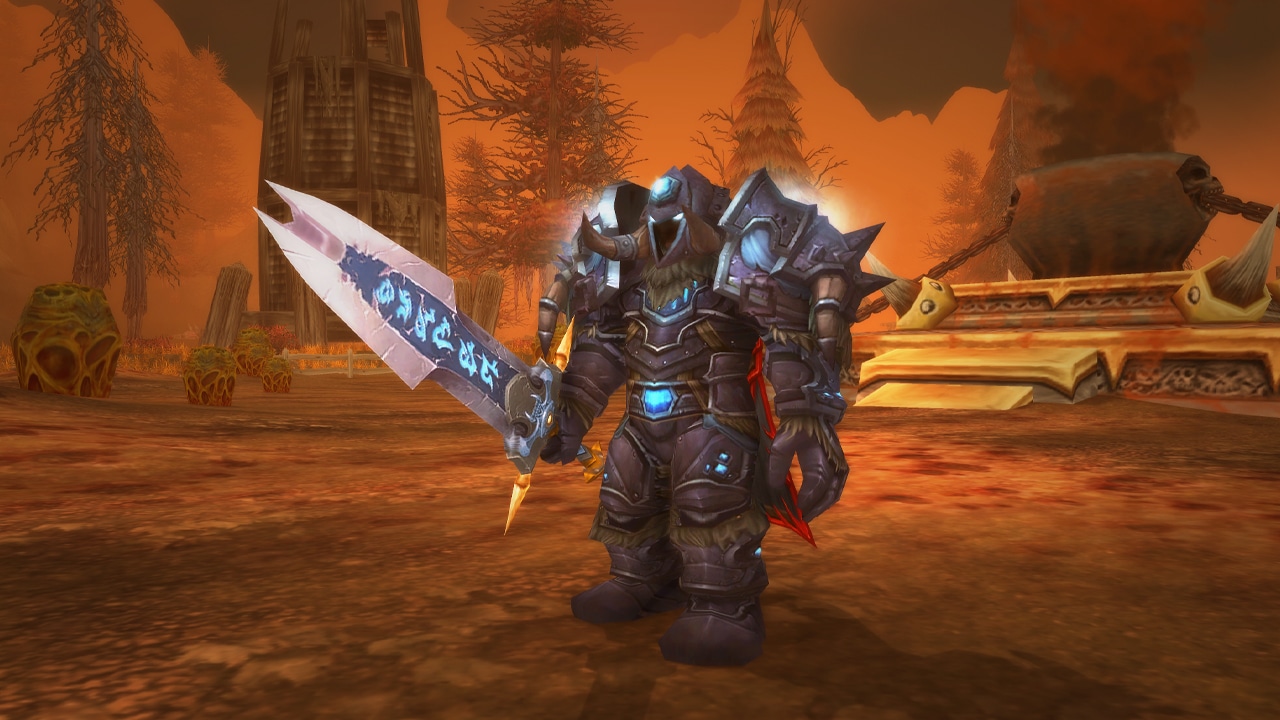 Free from the Lich King’s grasp at last, you will be able to join groups, enter dungeons and raids, and explore Azeroth as you please. Should you feel homesick or just in need to Runeforge a new weapon you just looted, you can use the Death Gate ability to instantly teleport back to Acherus, the Ebon Hold.

Safe journeys, hero. You may smell like death now, but at least you’re one of us again. Welcome back.