Today Blizzard has released BWL for WoW Classic and updated the launcher to a news post announcing it, along with this trailer.

In the dark recesses of Blackrock Mountain’s peak, Nefarian, the eldest son of Deathwing, conducts some of his most awful experimentation, controlling mighty beings like puppets and combining the eggs of different dragonflights with horrific results. Should he prove successful, even darker pursuits rest on the horizon.

The ominous depths of Blackwing Lair are waiting for those brave enough to face its dangers. Gather your staunchest allies and prepare to undertake a treacherous journey into the heart of the mountain to reap the treasures within.

How to Get There

Blackwing Lair is located at the very height of Blackrock Spire. You can enter the mountain from either the Burning Steppes or through Searing Gorge.

One does not simply walk into Blackwing Lair. One must become attuned first.

The quest will send you into Upper Blackrock Spire to access the Orb of Command located behind General Drakkisath’s throne. You can either have your group distract him, or just kill him to get him out of the way.

You’ll be able to access an additional alternate entrance within Upper Backrock Spire after Warchief Rend Blackhand has been defeated. You’ll need to be in a raid group to enter. 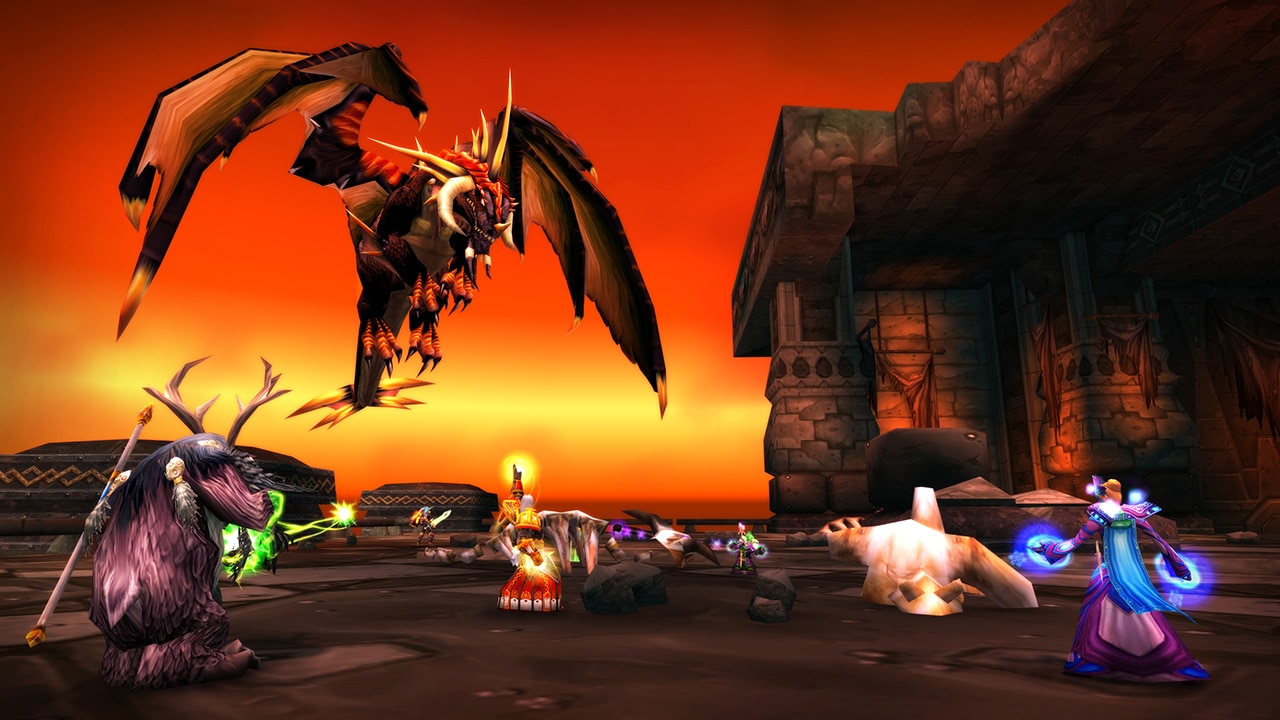 8 bosses await within Blackwing Lair, each with their own challenges to face and strategies you’ll need to employ to defeat them. You’ll need to coordinate closely with your raid team to be victorious.

Players will be able to continue their pursuit of their Tier 2 set and their associated bonuses in Blackwing Lair, including bracers, belts, boots, gloves, shoulders, and chests.

Tier 2 helms can be acquired in Onyxia’s Lair from Onyxia, and legs can be earned in Molten Core from Ragnaros. May the DKP be with you.

You’ll also find some additional notable items such as the Claw of the Black Drake, Chromatically Tempered Sword, and Dragonbreath Hand Cannon. You’ll also be able to loot Elementium Ore from the Blackwing Technician. This can be smelted to make an Elementium Bar, which is needed as a part of the quest line to forge the legendary sword Thunderfury, Blessed Blade of the Windseeker (yes, we said it).

As with his sister Onyxia, you’ll be able to loot the Head of Nefarian when you defeat him, which will begin a quest and allow you to spread word of your victory.

For more insights on this epic raid dungeon, checkout Wowhead’s Blackwing Lair Raid Strategy Guide, then join the discussions on the forums.

If I'm not working or spending time with the family I'm probably gaming. Some of my favorite recent games I've played are Far Cry 5, World of Warcraft Classic, and 7 Days to Die.
Subscribe
0 Comments
Inline Feedbacks
View all comments
wpDiscuz