The Dragons of Nightmare Have Arrived!

The Dragon Aspect Ysera’s most trusted lieutenants have fallen prey to a dark power that’s corrupting the Emerald Dream and the denizens within. These four powerful dragons of the Green Dragonflight have passed through portals from the Great Trees to wreak havoc and spread madness throughout Azeroth.

The sneaking corruption has darkened the hue of Lethon’s brilliant scales and empowered him with the ability to extract malevolent shades from his enemies to imbue himself with healing energies.

The dark power within the Emerald Dream has transformed the once-majestic Emeriss into a rotting, gruesome monstrosity.

Taerar’s exposure to the dark force has destroyed his sanity, and along with it his physical form. The great dragon has become a specter and can split into multiple entities that possess destructive magical powers.

Ysondre’s former healing powers have succumb to dark magics due to the influence of the corruption. She will call upon lightning to burn her enemies and summon the aid of fiendish druids to cause chaos.

All four dragons spawn at the exact same time, but where each dragon spawns is random among the four Great Tree locations: The Twilight Grove in Duskwood, Seradane in The Hinterlands, Dream Bough of Feralas, and Bough Shadow of Ashenvale. 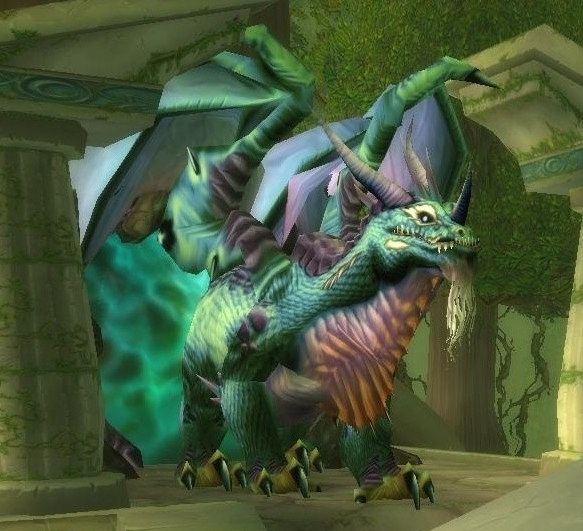 Rally the troops and defend Azeroth from succumbing to the spread of corruption from these once formidable allies.

2nd emeriss on our server? nice

This is a known issue.

We had a bug on rollout that caused some locations to have no dragons. After fixing it, we decided that it was better to re-issue the command to make sure all locations got at least one dragon. The side-effect of this is: some locations will have a second dragon spawn after the first is killed, and the re-issue includes the randomization, so it could be the same dragon or it could be a different one.

For those locations, after the second dragon is killed, everything should return to the normal intended spawn behavior.