Skinning is the use of a knife to remove leather, hides, fur, and scales from dead Beast, Dragonkin, and Demon mobs. Because it only provides those materials, Skinning is most often paired as the gathering profession for Leatherworking only. This also makes Skinning one of the most focused, single-use professions in all of WoW.

Other than its uses for personal Leatherworking, the value of Skinning has also increased due to the high number of craftable, BoE epics that Blizzard has added in TBC. So, selling high-level leather has never been more profitable.

Like most professions, trainers in any major capital can teach you Apprentice through Artisan Skinning. All you’ll need is a Skinning Knife and you’re ready to go!

Once you cross through the Dark Portal, your Master trainers will be in your faction’s first questing area. This means that Alliance players will be taught by Jelena Nightsky in Honor Hold, and for the Horde, Moorutu in Thrallmar will do the same.

All players can also learn from Seymour in Shattrath’s Lower City, but as there’s no necessary reason to start leveling Master from Terokkar Forest, there’s no distinct advantage to learning from him.

Unlike any other gathering profession, to level Skinning you must kill mobs of certain levels to find skill appropriate carcasses. Because of this, the guide below outlines the level ranges corresponding to the types of leather you’ll need to level and examples of zones to find them in. The lists below are not exhaustive, and there are few set routes to take or specific mobs to target. Instead, the focus is simply on finding creatures of the right level. Below, zones are marked with K for Kalimdor and EK for Eastern Kingdoms to try and streamline your leveling process.

To begin, beasts in any starting zone will yield scraps or Light Leather. To find scraps, the mob must be between levels 1 and 17, and to find Light Leather, the range goes up to level 27.

After you’ve reached skill level 65, you should head back to a trainer and learn Journeyman Skinning.

At 65, you can move on to finding Medium Leather. The level range for mobs to yield it is 15 – 38. Appropriate zones are:

Once you hit 150, it’s time to become an Expert Skinner.

You should continue gathering Heavy Leather until you get to skill level 175 or 180. From then on, you’ll be able to find Thick Leather from mobs between lvl 35 and 58. Despite the level range going near the Vanilla cap, you can stay in lower level zones to grind this part out. They include:

From 225 until 235 or 240, you should keep hunting for Thick Leather. After you’re comfortable, you can move on to skinning Rugged Leather off mobs level 45 – 60. This should take you through the end of Vanilla’s zones, and prepare you for Outlands nicely. The easiest zones to find a large number of creatures are:

After skinning enough beasts to reach skill level 300, it’s time to head through the Dark Portal and become a Skinning Master. 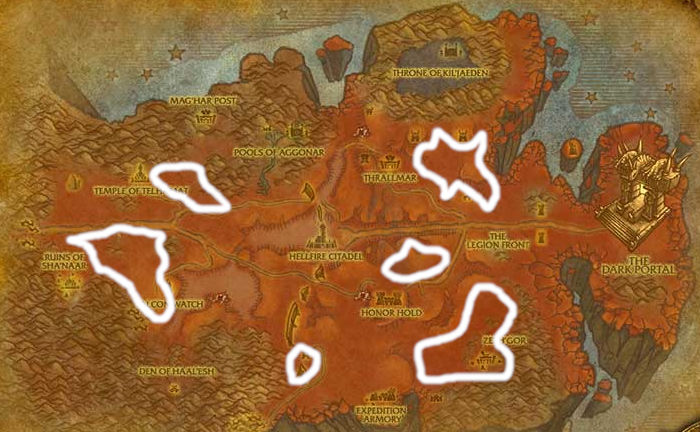 To begin leveling in Outland, the quickest way is to find an area in Hellfire Peninsula that is densely populated by Helboars. These can be either Starving Helboars or Hulking Helboars, depending on where you’re questing and how many people are farming in each area. The two primary spots are just northwest of Zeth’Gor and between Falcon Watch and the Ruins of Sha’Naar. 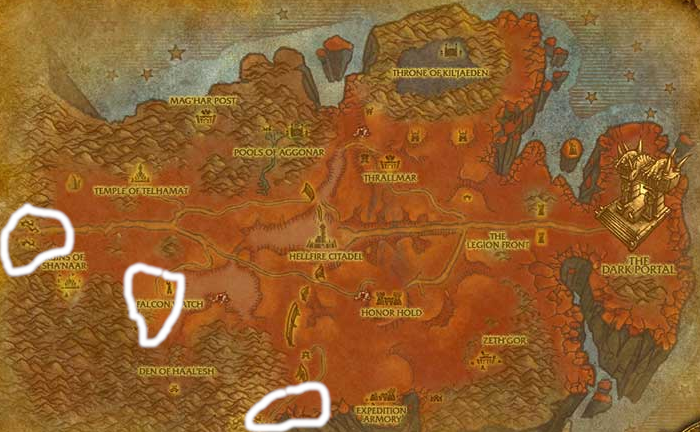 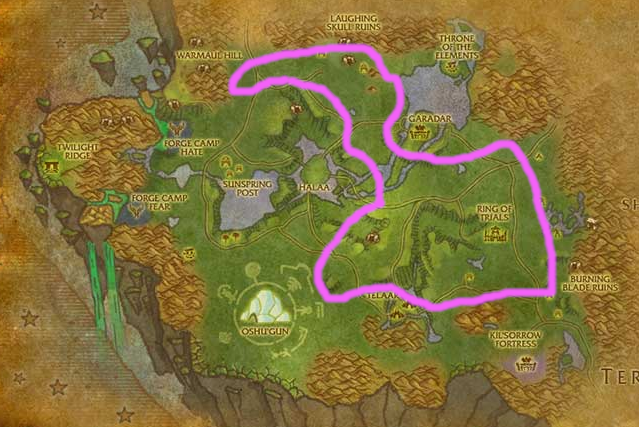 After you reach 330, the fastest way forward is to head to the plains of Nagrand. There, you’ll be skinning Clefthoof, Clefthoof Bull, and Aged Clefthoof to get a combination of Knothide Leather and Thick Clefthoof Leather. Keep reading to find out about Clefthoof Leather’s uses!

Like several other professions, there are a few items littered throughout all of WoW that can improve or buff your Skinning ability. Other than Enchant Gloves – Skinning, there are two notable weapons that not only double as skinning knives but also improve your skill. They are:

Both of these weapons, however, come with drawbacks. Because each of them has the unique properties of their weapons class (i.e. Finkle’s Skinner is still a dagger, meaning a Paladin could never use it), you should be careful before deciding which of these to try for. Especially given the raised level cap, however, these should be faster than ever to farm.

Like in Vanilla, there are materials that can be skinned that don’t neatly fit into the normal category of Heavy Leathers or Hides. They’re often used for Endgame gear, and they usually require players to farm them specifically because they’re tied to a specific type of mob. Check out the list below for the scales, hides, and leathers like that in TBC.

Nether Dragonscales are the last type of unique reagent skinned from mobs in TBC. As mentioned in the guide above, they’re skinned from Drakes and Wyrms throughout Outland, and the easiest places to find high concentrations of these are in Netherstorm or Blade’s Edge Mountains.

The Nether Dragonscales are used in:

is most commonly found on elite Demons in dungeons, but it can also be skinned from regular mobs. One of the easiest ways to farm it is to head to Netherstorm and focus on Artifact Seeker and Warp Chaser around Arklon Ruins and Mana Forge Duro, respectively, Another non-elite, farm-friendly mob is Daggertail Lizard in Blade’s Edge Mountains.

The hides are used to make:

are particularly important for creating Epic quality Mail gear. It has a higher drop chance from skinning than most of the other endgame materials, and it can easily be farmed by flying through the northern part of Blade’s Edge Mountains and skinning the various types of Basilisks throughout the zone. 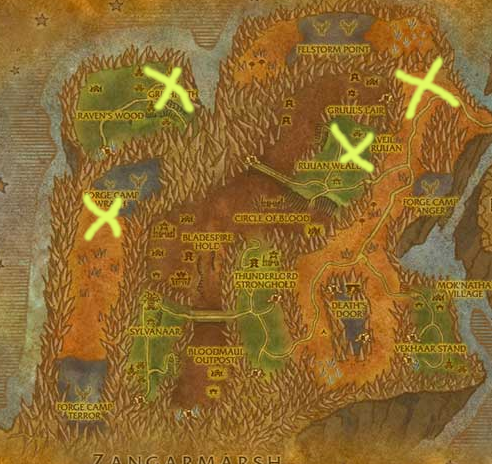 is one of the unique kinds of leather necessary to craft endgame gear in TBC. It’s primarily skinned from Clefthooves and Elekks, and it can easily be farmed in Nagrand.

The rarest of these materials, Cobra Scales can only be skinned from 3 different mobs. This can make farming them either incredibly easy or incredibly challenging. Two of the mobs — Coilskar Cobra and Shadow Serpent — both spawn on the northern ridge of Shadowmoon Valley, making that the best spot to gather them. The other, Twilight Serpent, only spawn in Nagrand, on Twilight Ridge. So, if one spot is being overfarmed, you’re always free to visit the other. 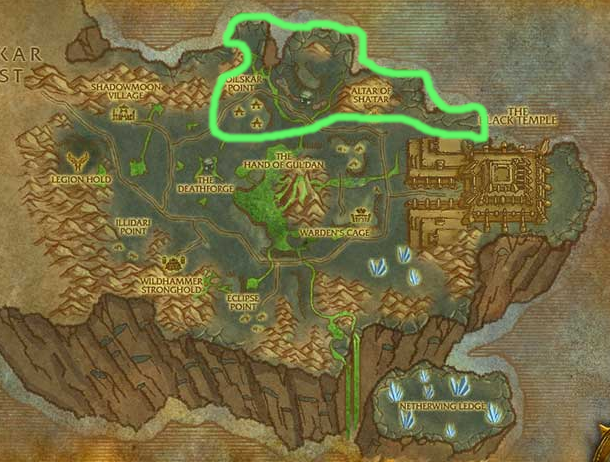 Cobra Scales are used to make:

Love 7dtd! I’ve had a few anomalies that are frustrating like having all my generators, wires, batteries and solar panels vanish after each return to the game, but I found a work around in simply putting those items in storage boxes at the end of each gameplay.
BTW…Love your summary on Skinning. I played pretty extensively in the early 2000s and forgot much of how to effectively level the trades. I’m in my 60s now and dont have teh time to relearn everything! Thanks for your detailed help!

you could of included the level requirements

it actually isnt because i used it all the way to 375. troll ass bitch

yup, this guide has so much wrong info. for example it says once ur at 110 skinning u can move to level 26-45 mobs, but u cant hit those till 130 so this thing should just be deleted