Legion Next World of Warcraft Expansion

So the latest expansion for World of Warcraft, Legion has been announced. It was a few weeks ago now, but being ahead of the curve has never been my thing. Anyway, what are we to expect from the sixth expansion in the series, well in short there’s a continuation of the storyline started in Warlords of Draenor, a new hero class Demon Hunter, artefact weapons and class halls. Not including the standard array of new dungeons, and raids.

Taken from the World of Warcraft site:

“In this dire new chapter of the World of Warcraft saga, the great enemy of the Horde and the Alliance—the demonic Burning Legion—has returned. As destruction rains across Azeroth, its heroes must seek salvation among the ruins of the mythic Broken Isles, ancient seat of a lost night elf civilization—and site of the accursed Tomb of Sargeras, which now serves as a gateway to endless Legion worlds.”

So Gul’dan is up to his old tricks again. After the defeat of Archimond, Gul’dan disappeared through a portal and ended up back in Azeroth’s main timeline, with the plan to bring back even more demons to attack little old Azeroth. Like the land hasn’t been attacked enough. Anyway, he finds the body of Illidan which starts a new attack from the Burning Legion.

Every class and spec will get a questline to acquire their own artefact weapon, these are lore-heavy weapons from the World of Warcraft universe, such as Ashbringer the sword wielded by Tirion Fordring, for retribution paladins), Doomhammer, the mace wielded by Thrall, for enhancement shamans and so on.

Once you have your weapon it will level with you as you quest complete dungeons and raids etc. Plus you can customise it. If I am to be brutally honest I think this part is going to be the ‘garrisons’ of Legion. I think it has so much promise that we’ll be disappointed with what we actually get. I mean how much customisation can there possibly be, and surely won’t even end up with the same weapon, with slight differences in look. 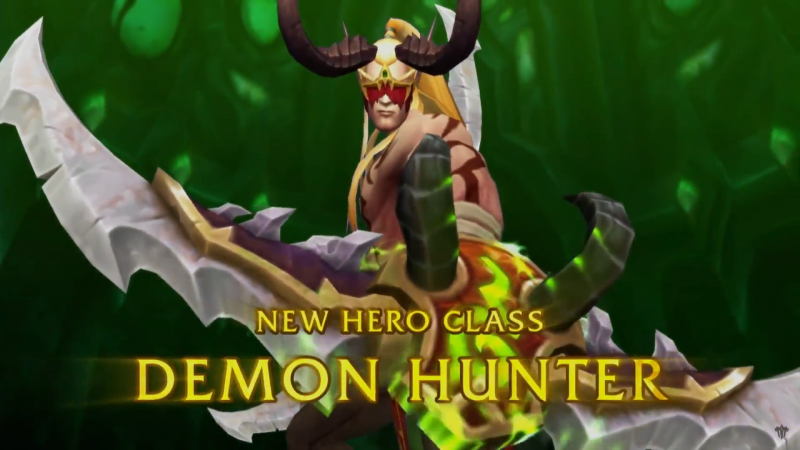 The second hero class to be added to World of Warcraft, the Demon Hunter is a demonically infused elf that has been trained to kill demons, and as such have taken on various demonic features themselves, such as horns, hooves and wings etc. with some kind of stealth detection as well.

The demon hunter dual wields a pair of glaives, wears leather armour and has only two specs Havoc (DPS) and Vengeance (tank). Only two races can be Demon Hunters, Night Elves for Alliance and Blood Elves for Horde.

In a similar fashion to Death Knights, they will start at level 98 and will have their own area and quest chain that includes undergoing tasks given by Illidan in the years before, and awakening imprisoned in the Vault of the Wardens at the start of a demonic invasion.

The Hunter, my favourite and often chosen class is to undergo some changes, specifically to the Survival and Marksmanship specs. Survival is to be changed to be more of a melee class with pets, will Marksman looks to have pet’s removed altogether and to rely solely on ranged attacks.

Class halls are a place where all members of the same class can congregate, share a drink and tell stories of how Hogger finally got what was coming to him. Although, more specifically the class hall is where you will upgrade the look and abilities of your artefact weapon.  Each class hall will be located and lead by a suitable character from World of Warcraft lore. 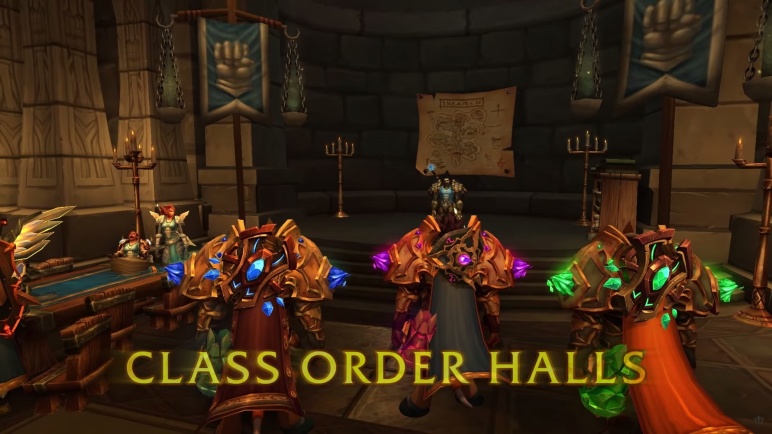 So there’s plenty of stuff in World of Warcraft Legion to get your teeth in to, and after the disappointing garrison affair in Warlords of Draenor Blizzard can’t afford to do the same thing again. I guess, we’ll just have to wait and see…