Our first content patch of Dragonflight is on the horizon with a confirmed release date of January 24th. While not the big guns that a new tier or season change would bring – it’s still exciting to see the story progress with the introduction of a new Primal Storm event taking place in the “Primalist Future” zone in Thaldraszus. Could it be that perhaps the Infinite Dragonflight is working with the Primalists? We’ll soon find out!

And a big boon to those who love decking out their characters in the slickest of threads and fanciest of mounts – the Trading Post will be arriving February 1st. As of now the details surrounding the Trading Post are not yet concrete but it appears you’ll be able to get cosmetics and other non-gameplay defining elements just for being a subscriber to WoW and completing monthly quests given! Some of the details we do have has confirmed previously unattainable items in-game would be available through the Trading Post as well!

But Blizzard ain’t done there for all you transmog-loving folks there’s the addition of Common (White) and Poor (Grey) quality items now being Bind-on-Equip, and thus transmoggable. Make sure to read on for full details!

The Dragonflight 10.0.5 content update will arrive on January 24 and will usher in a variety of changes to help you on your adventures in Azeroth and beyond. Continue reading to learn more about changes like the new Trading Post feature, a new Primal Storm event, and more ways to keep stylish with transmogs.

MAKE YOUR WAY TO THE TRADING POST ON FEBRUARY 1 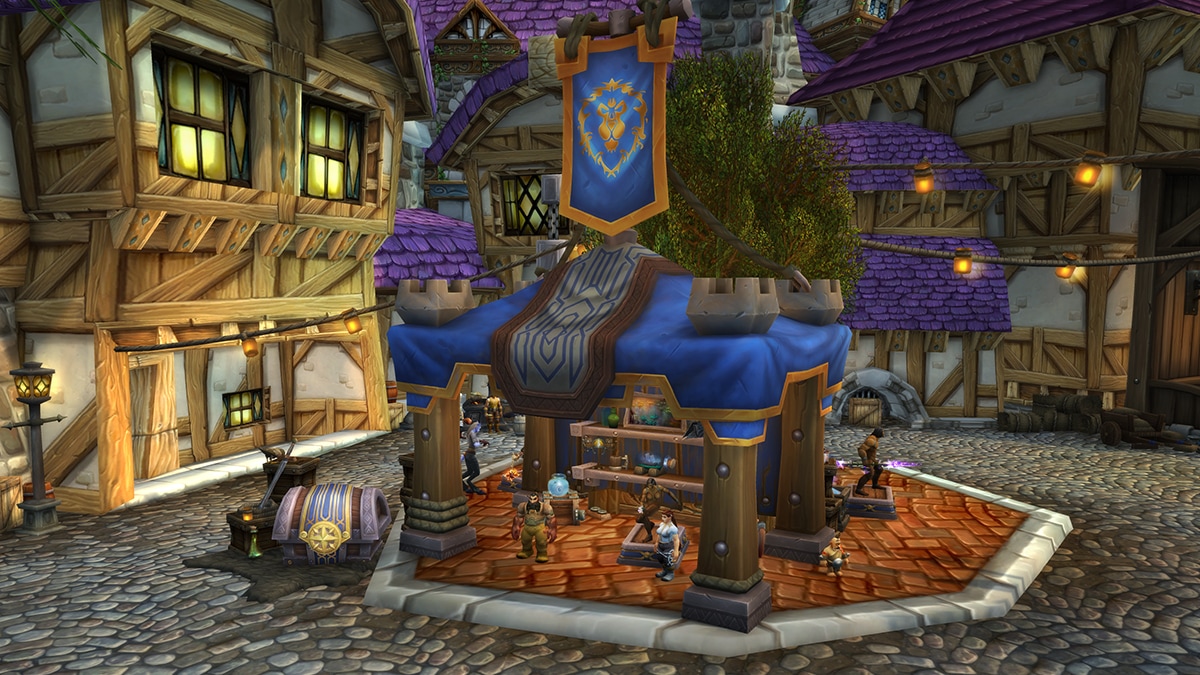 A new feature is making its way to World of Warcraft®*— the Trading Post**! Complete monthly activities to earn currency toward decking out your characters in cosmetic transmogs, pets, and mounts***— with new items and activities introduced every month beginning on February 1 when the Trading Posts in Orgrimmar and Stormwind open for the first time. Read more about this new feature in our news post.

The Trading Post opens for business on the morning of February 1 (local time).

A new Primal Storm event—The Storm’s Fury—is brewing and will take place in The Primalist Future!

The Primalists are rallying some of their strongest forces to preserve their plans to dominate Azeroth. Head out with your fellow adventurers to seal their portals and defeat their mighty monstrosities.

The Storm’s Fury event will spin up every five hours. When it’s active, head to the Temporal Conflux portal in Thaldraszus.

Brave defenders will receive Essence of the Storm, which can be exchanged for rewards like the Skyskin Hornstrider mount or the Time-Lost Vorquin Foal pet. You can also get items to help weather the storm as the Primalists try to freeze their enemies to the bone.

Expand your wardrobe with Common (white) and Poor (grey) quality gear. Each item will now be bind-on-equip and can be added to your Appearances collection so you can mix-and-match like the stylist you are to create the ultimate transmog sets for any occasion. Think of all the fashion possibilities you can twirl up when the Trial of Style returns!

See you on the Dragon Isles!

*The Trading Post feature is not available in WoW Classic titles.
**Requires World of Warcraft Subscription or Game Time
***Requires Level 10 to access the access the Adventure Guide.