The Necrolord Covenant of Maldraxxus is one of the Four Covenants that are available in the World of Warcraft Shadowlands Expansion.

In our main guide to Covenants in Shadowlands we discuss the general features shared by all of the Covenants. In this guide we will focus on the unique look and abilities offered by the Necrolord Covenant.
During your adventures you will visit the lands of Maldraxxus second, preceded by Kyrian Bastion and followed by the Night Fae Ardenweald.

The mighty order’s longtime leader has vanished, leaving his necrolords fighting for the chance of ruling over his legacy. The former process of selecting the most ambitious and fierce souls to populate the Necrolord armies is now split between the five contenders who are gathering their personal guard and armies, larger than any which existed before. The question of internal unrest is becoming more and more real. 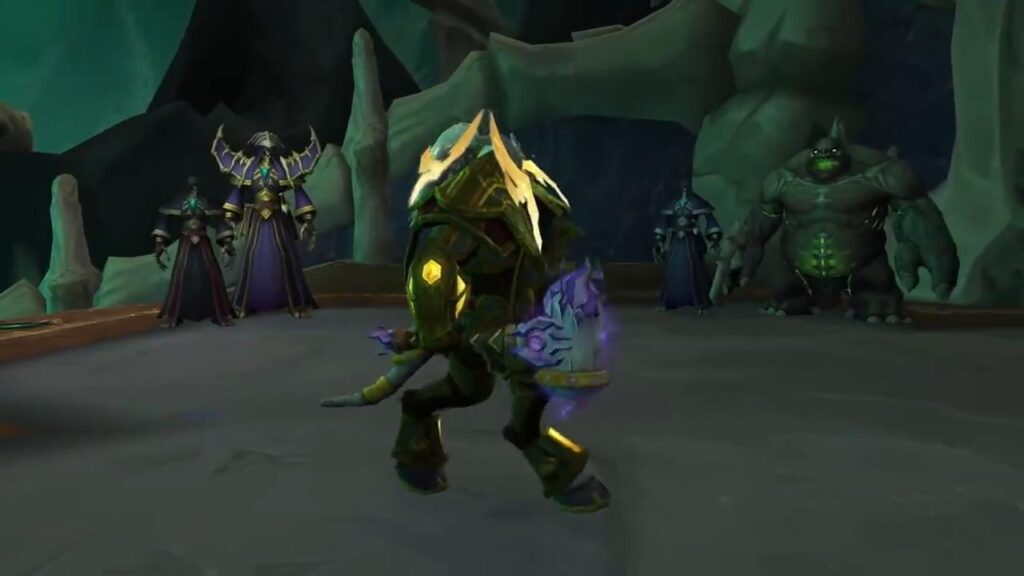 Maldraxxus is punctuated by skulls, bones, and swamps shrouded in an eerie green fog. The order’s armor emits a similar turquoise etherial glow, framed by bone, hardy leather, and steel. Their back item is a menacing set of sharp bone limbs resembling legs of a spider. 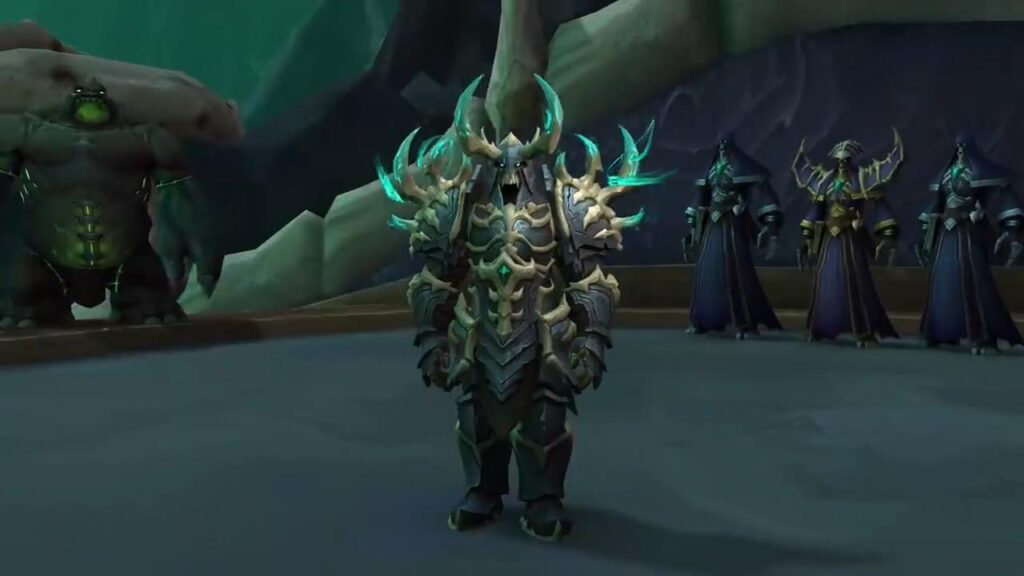 Death Knight | Abomination Limb
20 yd, Instant, 2 min cooldown
Sprout an additional limb for 12 seconds, dealing [45% of Attack power] Shadow damage every 2 seconds to all nearby enemies. If the enemy is farther than 8 yds from you, they are pulled to your location.

Demon Hunter | Fodder to the Flame
Instant, 2 min cooldown
Commission a duel to the death against a Condemned Demon from the Theater of Pain. Vanquishing your foe releases its demon soul and creates a pool of demon blood. Fighting within the pool increases your attack speed by 20% and reduces the damage that enemies deal to you by 10%.
Fleshcraft treats the Condemned Demon as a powerful enemy.

Druid | Adaptive Swarm
40 yd, Instant, 25 sec cooldown
Command a swarm that heals [240% of Spell power] or deals [150% of Spell power] Shadow damage over 12 sec to a target, and increases the effectiveness of your periodic effects on them by 20%.
Upon expiration, travels to a new target within 25 yards, alternating between friend and foe up to 3 times.

Hunter | Death Chakram
40 yd, Instant, 45 sec cooldown
Throw a deadly chakram at your current target that will rapidly deal [50% of Attack power] Shadow damage 7 times, bouncing to other targets if they are nearby.
Each time the chakram deals damage, its damage is increased by 15% and you generate 3 Focus.

Mage | Deathborne
5% of base mana, 1.5 sec cast, 3 min cooldown
Transform into a powerful skeletal mage for 20 sec.
While in the form of a skeletal mage, your Frostbolt, Fireball, and Arcane Blast hit up to 2 enemies near your target and your spell damage is increased by 10%

Rogue | Serrated Bone Spike
10 Energy, 30 yd, Instant
Embed a bone spike in the target, dealing [60% of Attack power] Physical damage every 3 sec until they die.
Attacking with Serrated Bone Spike causes all of your active bone spikes to fracture and strike your current target, increasing initial damage by 100% per spike.

Warrior | Conqueror’s Banner
Instant, 2 min cooldown
Brandish the banner of the Necrolords for 2 min, increasing your movement speed by 10% and causing
Arms: Mortal Strike
Fury: Raging Blow
Protection: Shield Slam
Initial: one of your abilities
to grant you Glory. Killing an enemy grants 2 stacks of Glory.
Reactivating this ability plants the banner in the ground, granting 20% maximum health and 50% attack speed to you and 4 allies within 15 yds of the banner. Lasts 2 sec per Glory, up to 30 sec.