The Kyrian Covenant of Bastion is one of the Four Covenants that are available in the World of Warcraft Shadowlands Expansion.

In our main guide to Covenants in Shadowlands we discuss the general features shared by all of the Covenants. In this guide we will focus on the unique look and abilities offered by the Kyrian Covenant.
During your adventures you will visit the lands of Bastion first out of the four, followed by the Necrolord Maldraxxus.

Kyrians dedicated themselves to ferrying souls to eternity, with those who can prove their worth in Bastion trials given a chance to carry out an even higher calling among the Archon’s most devoted. However, with the Maw claiming so many souls and the unrest spreading through the Shadowlands, the order’s duties are now in jeopardy. 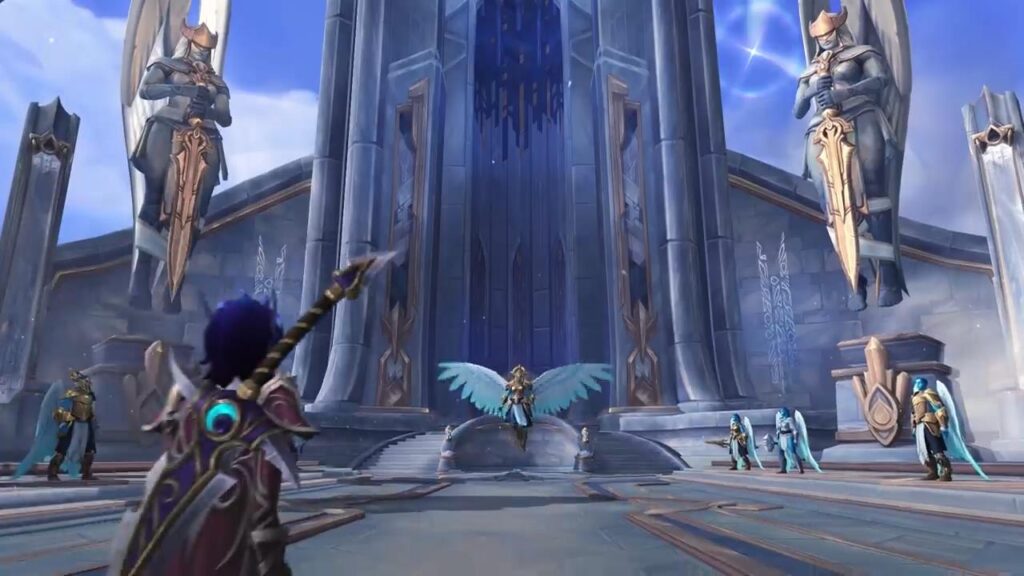 Bastion itself is characterized by towering spires, clear blue skies, and shiny crystalline, which translates into the order’s glowing blue mech-like plate armor. This look comes with a pair of angelic wings or a jeweled halo attached to the back. The order’s mount will also demonstrate this armored, geometric, jeweled look. 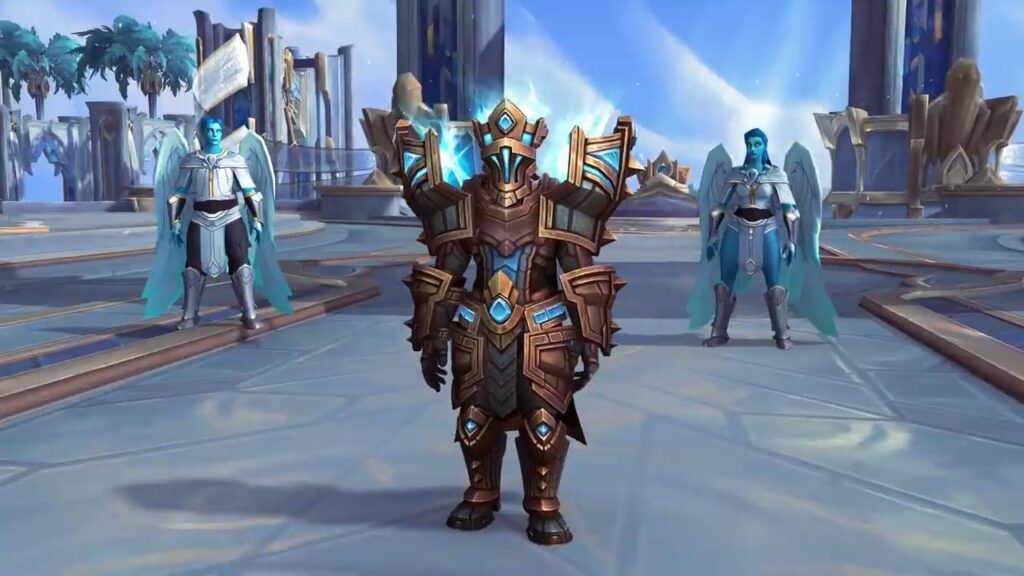 Instant, 5 min cooldown
Call your steward to bring you a Phial of Serenity that can be consumed to restore some of your health and remove all Curse, Disease, Poison, and Bleed Effects.
Your Steward additionally offers access to a selection of useful amenities, each once per day.

Death Knight | Shackle the Unworthy
30 yd, Instant, 1 min cooldown
Admonish your target for their past transgressions, reducing the damage they deal to you by 5% and dealing [175% of Attack power] Arcane damage over 14 sec. Shackle the Unworthy’s cooldown is reduced by 4 sec when you damage the affected enemy with a Rune-spending attack.

Demon Hunter | Elysian Decree
30 yd, Instant, 1 min cooldown
Place a Kyrian Sigil at the target location that activates after 2 sec.
Detonates to deal [120% of Attack power] Arcane damage and shatter up to 3 Lesser Soul Fragments from enemies affected by the sigil.

Hunter | Resonating Arrow
40 yd, Instant, 1 min cooldown
Fire a resonating arrow to the target location that fills the area with echoing anima for 10 sec. The effect causes your attacks to ignore line of sight to enemies in the area, and you have 30% increased critical strike chance against them.

Mage | Radiant Spark
2% of base mana, 40 yd, 1.5 sec cast, 30 sec cooldown
Conjure a radiant spark that causes [76% of Spell power] Arcane damage instantly, and an additional [29.6% of Spell power] damage over 8 sec.
The target takes 10% increased damage from your direct damage spells, stacking each time they are struck. This effect ends after 4 spells.

Paladin | Divine Toll
30% of base mana, 30 yd, Instant, 1 min cooldown
Instantly cast Holy Shock, Avenger’s Shield or Judgment on all valid targets within 30 yds (based on your current specialization).

Shaman | Vesper Totem
10% of base mana, 40 yd, Instant, 1 min cooldown
Summon a totem at the target location for 30 sec. Your next 3 damage spells or abilities will cause the totem to radiate [50% of Spell power and 50% of Attack power] Arcane damage to up to 6 enemies near the totem, and your next 3 healing spells will heal up to 6 allies near the totem for [100% of Spell power and 100% of Attack power] health.
Casting this ability again while the totem is active will relocate the totem. 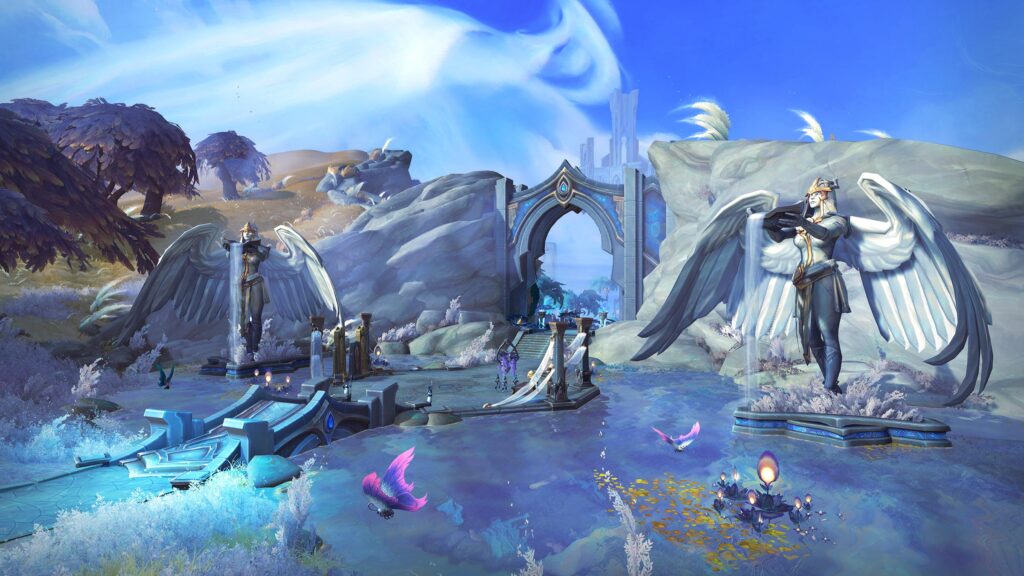