My experience with the Warrior so far (Beta)

So thought I'd give you guys a short breakdown of what I've been up to on beta recently. I'm having a lot of fun!

NB I haven't forgotten the things I am to test for you guys (they're saved on a list) but since I've had a bit of a holiday from studying - finished my writtens last week - I thought I'd try and really play some Classic while I had time. Will be back to serious stuff tomorrow onwards. I have found a fair few bugs and issues with the game which I have reported along the way so it hasn’t been all fun and games (but mainly it has).

So I've levelled up a Warrior to 20 and man... I don't really think I want to main Hunter anymore because it's so great 🙂 The levelling process has been insanely hard with most of the time spent on my own... but I got past some of the most challenging quests with the occasional help of very friendly players from the in-game Barrens Chat. Times like these I wish I had some guildies or RL friends to play with who can heal a bit.

/images/beta/buffs.png
People really don't exaggerate when they say that levelling a warrior is painful. I ensure that I constantly have as many buffs as possible on me to make life as easy as possible, but even with mobs the same level and even two levels lower than me - if I pull two mobs by accident - I have to pop every single cooldown I have and just barely survive with a healing potion handy. Rough man.

That said, using https://classic.wowhead.com/spell=100 to move around has sped things up a bit, and when I got into real trouble, or had to split two mobs that were patrolling close together, https://classic.wowhead.com/spell=1715 was an absolute godsend. Also very, very useful for when fighting Humanoids and other mobs that run and can potentially pull more (which will kill you). Don't forget to utilise hamstring if you guys are planning a warrior!

Really struggled to find good weapons along the way - my first good one was a two-hand level 8 axe made with blacksmithing, which I was only able to replace with a quest reward two-hand axe at level 16 after completing the harpy chain in the Barrens. Can't see this changing unless you get some very lucky BoE drops or if you can afford to buy vendor whites occasionally (a big no-no from me anyway).

/images/beta/profs.png
I've been levelling up my professions as I have gone along, which was always my plan anyway (take it nice and slow and enjoy the sense of autonomy). Went mining and blacksmithing, and of course took First Aid, Fishing and Cooking too. All have been godsends when I finally got the recipes to cook fish, which boosted me high enough to start making stat-giving buff foods. 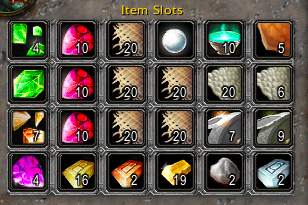 /images/beta/bank.png
The bank is already running out of space as I hoard a load of materials for later or for AH. I've spent no gold on any vendor stuff (apart from apples for a stew) - most of my gold has gone on skills first, profession skill ups/recipes second, and repairs third. I have just over 2 gold at the time of writing. Got about another 2 gold on the AH which is mainly greens and crafting mats that I've come across. Bag management is a bitch at the moment but I'm sure it will be worth it later on. 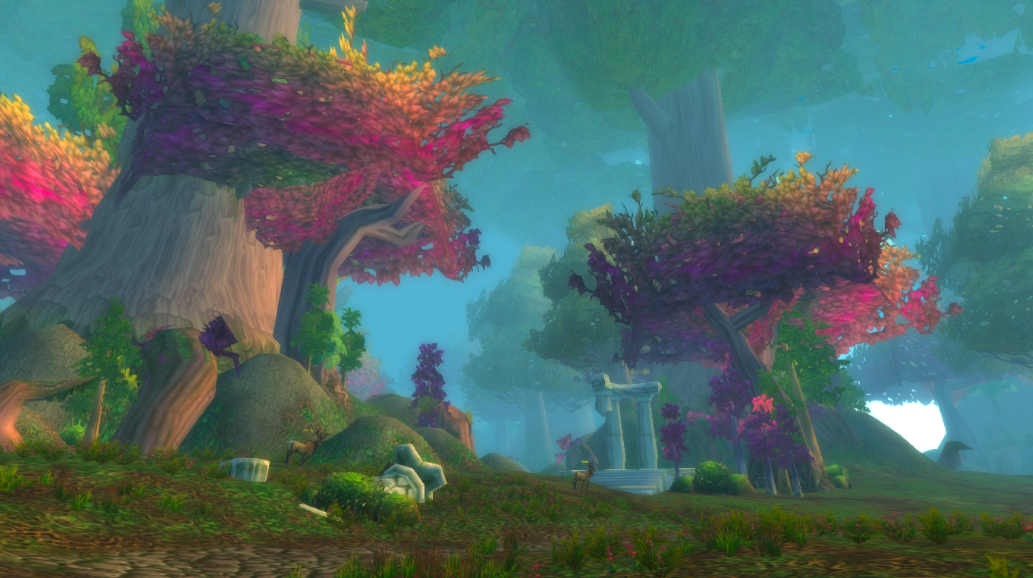 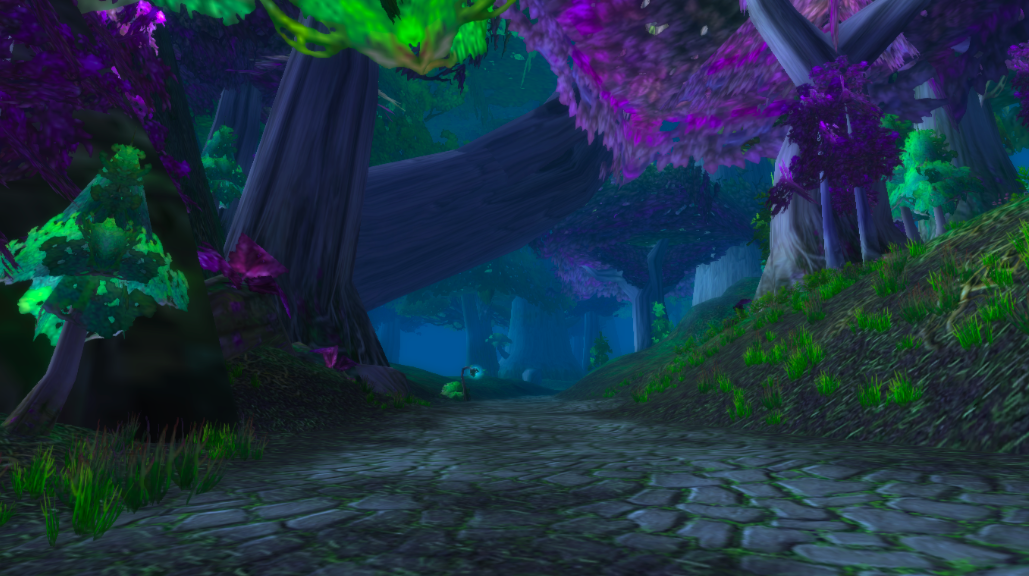 /images/beta/ash2.png
Did a very long running quest through Ashenvale the Warsong scouts and had some time to appreciate the visuals (potato graphics but still pretty awesome).

Anyway, today I sort of ended up in groups with similar people and on seeing a 'LF Tank and Healer WC' in Barrens Chat I thought 'fuck it, let's give it a go'. Me and a party member joined up and it was a complete group. We chatted for a bit and all met outside the cave entrance, which was a very fun start to the whole thing and something that is really missed in modern WoW.

/images/beta/chat.png
I was tank, despite not having a shield or one-hand weapon. That didn't seem to phase people though and we sort of just went for it. We discussed some strats and things to bear in mind given that this would for most of us be our first vanilla run in a long time, and I wanted to make it clear that I wasn't really expecting to hold aggro (and I was right, lol).

The run was pretty awesome. I felt a bit like a wet rag in terms of tanking usefulness (and I did it all in Battle stance, not Defensive :lol:) but we had a level 22 lock with us who was owning and a very good healer. The healer ran out of drinks in the middle of the dungeon so we took a quick break and then re-summoned him to the entrance after he'd bought some in town.

I was marking skulls and crosses and trying my best, but this shaman dude kept on using Shocks (which if you don't know create a huge amount of threat) and pulling mobs away. Luckily the healer was up to spec and he kept us all good. We did wipe once on some trash before Dino but luckily the lock soulstoned the Shaman who was last to die, who then ressed and ressed the rest of us 🙂

These small acts of teamwork were just so awesome to be a part of - everyone was so patient and well-meaning and didn't kick up a fuss for the inevitable delays. The run took about 2 hours (we did all bosses, extras and the escort/Naralex at the end) in total. I didn't manage to meet the completion requirements for any of the dungeon quests that my friends kindly shared, but that's okay because I'll give it another go tomorrow.

https://classic.wowhead.com/npc=5775/verdan-the-everliving does hit like a fricking brick by the way, holy cow. Chunking a third of my health each time.

Was very happy at the end because I came out of it at level 20 and also the proud owner of https://classic.wowhead.com/item=6472/stinging-viper , which I will be skilling up Maces for to use in conjunction with a shield (and Defensive stance this time haha) for the next run. Hoping that I can get my hands on https://classic.wowhead.com/item=13245/kreshs-back this time to go with my shiny new snake mace. 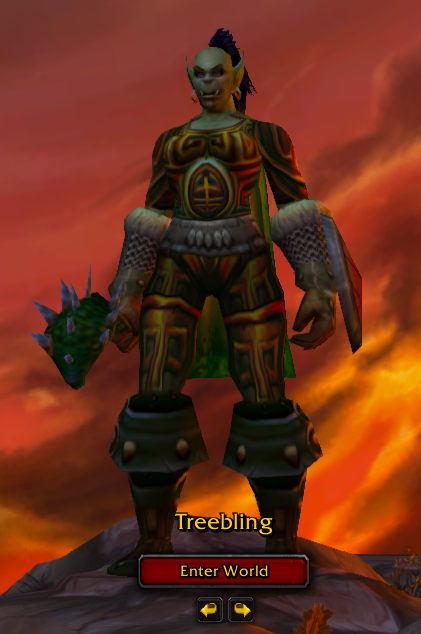 /images/beta/char.png
My character looks dope - I'm sort of rocking half Runic Copper from my Blacksmithing efforts and half Wailing Caverns/Green loot. Still a lot of whites and rubbish items from before of course.

And yeah. Don't know what else to say really. I forgot how much fun tanking is and I want to have a level 60 warrior now! Hope you enjoyed the read and have a good week at work everyone 🙂

Your character looks awesome, and it sounds like you are having a ton of fun. That time between new weapons must have been absolute torture. Warrior is addicting for sure, and being willing to tank means everyone is your friend.

Hope we can get some more updates when you're 30!

Sounds like you're having a blast. I will probably look to tank dungeons while leveling my druid as Feral. It's so nice to see helpful and patient people playing the game again, I miss those days.

Very interesting read! For your levelling in live (if you're playing a warrior) a priest/warrior combo helps tremendously with the grind, kinda like Doc and Heavy in TF2

A blue at level 20 is also really impressive!

Great read! Good luck and have fun on your journey in beta!

aaarrrggg.... this really isn't helping me decided between druid and warrior 😀

But anyways, glad to see you're enjoying the beta and warrior. Warrior leveling can be quite painful especially if you get unlucky with weapon upgrades. Are you leveling as arms or fury btw? Thanks for the write-up. Was nice to read. I managed to get my Hunter to level 10 at the stress test last Thursday.

Was free that day so after getting to level 10 where I made groups along the way for quests, I made a Night Elf friend where I did the long walk with to Stormwind which somehow felt shorter then all those years ago (probably because I was new then and didn't knew the world inside out).

Then I went and played a few Warsong Gulch matches and my god, just PvP-ing. seeing those honor gains, the PvP ranking system, people talking to each-other in general, hell, I even saw a dude a few times and recognized him since I saw him at the WSG battleground master.

And then you got your run doing that dungeon. It is just so nice to see and to know that come launch, it will be just the same, maybe even better (especially when the retail people realize the game is probably not for them) then we have the real players that don't mind a wipe playing and it will be all the better.

Sure, the dungeon took 2 hours instead of 15 minutes, but at least you got to have a experience, maybe made a few friends and still remember that run a week from now!

After the stress test I tried my retail Hunter for a change and I just felt said looking at the few skills my Marksman Hunter has, it's so basic, and when I did LFR and we died at a boss, about 60% or more players left, because, we died.

Sorry for the long rant. Just wanted to share my experience here as well instead of making a new topic!

But respect to leveling a Warrior. I never played a Warrior in vanilla, and hearing how hard it is to level...

Still, being useful as a tank at 60 is very tempting, and the fact they scale nicely with gear, unlike Hunters...

Nice to hear that you're enjoying yourself - can't wait for a chance to experience it myself. Spending way to much time in the WoW category on Twitch atm.

How has the bag drop rate been for you, heard a lot of people having very few bags to drop? The streamers I've seen though, is rocking 10-12 slots the lot of them.

How has the bag drop rate been for you, heard a lot of people having very few bags to drop? The streamers I've seen though, is rocking 10-12 slots the lot of them.

Fine - I had two six slots drop from boars. Crafted 8 slots are 10 silver on the AH at the moment.

Oh man, so jelly reading this. Looks like you're having a blast with the beta!

I eventually want a warrior but they're just not ideal first characters imo.

I'll be going easymode mage or hunter first for efficient farming and then when I have a nice stockpile of gold I can sink some time into the more punishing and gear dependent classes.

Are you on ClassicBeta PVP?

Also I really enjoyed reading this.

Very nice read teebling.
You are pushing me towards playing a Warrior more and more.. making my choices difficult man! 🙂

Are you on ClassicBeta PVP?

Also I really enjoyed reading this.

Sounds and looks nice, you even did the topknot hairstyle

These stories sweeten the wait to classic!

Great read! Your passion is undeniable.

I love hearing about this kind of stuff, gives a lot of hope for the strength of the community.

Latest Post: How to get to Winterspring - A Guide Our newest member: AntonioAutow Recent Posts Unread Posts Tags