Source
World of Warcraft Classic is right around the corner! Read on for the info you need to get in and get started on your epic new adventure.

WHAT IS WOW CLASSIC?

World of Warcraft Classic is a faithful recreation of the original WoW experience, as it was in 2006. Everything about the game—from combat mechanics and talent trees, to character models and zone layouts—has been restored to realize a truly authentic experience. 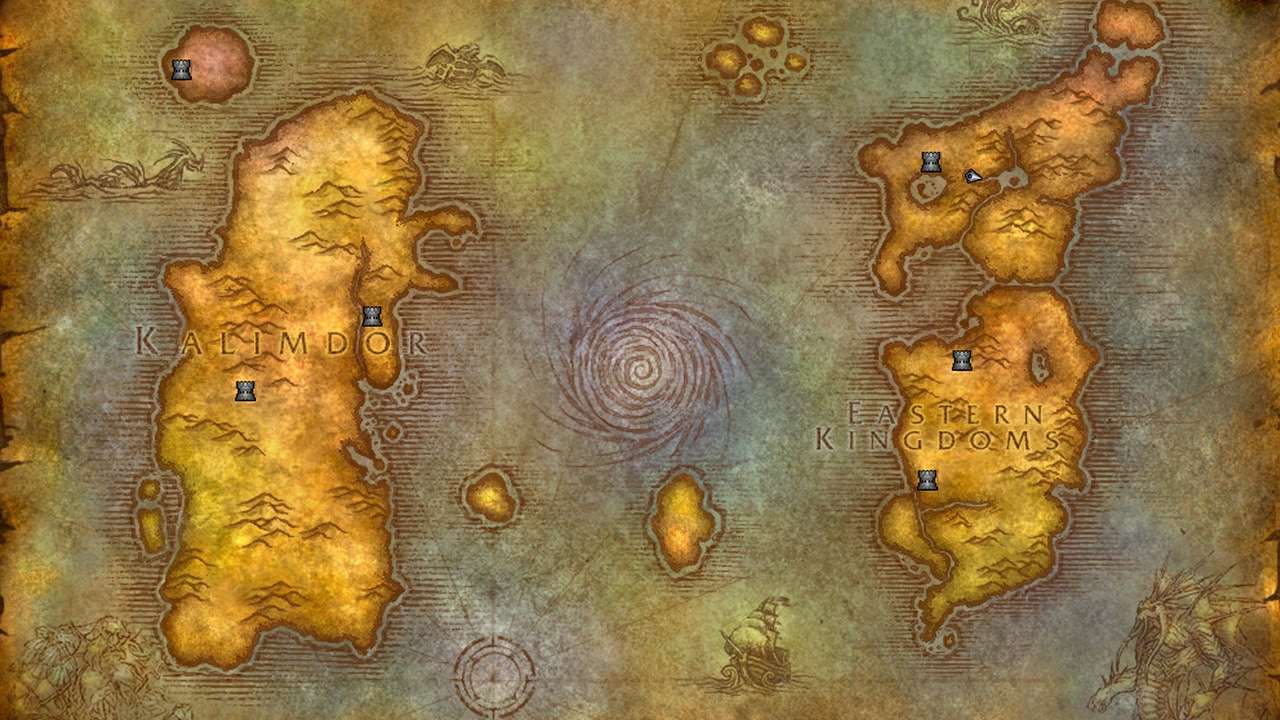 All players with active World of Warcraft subscriptions or game time on their accounts have access to WoW Classic at no additional cost. 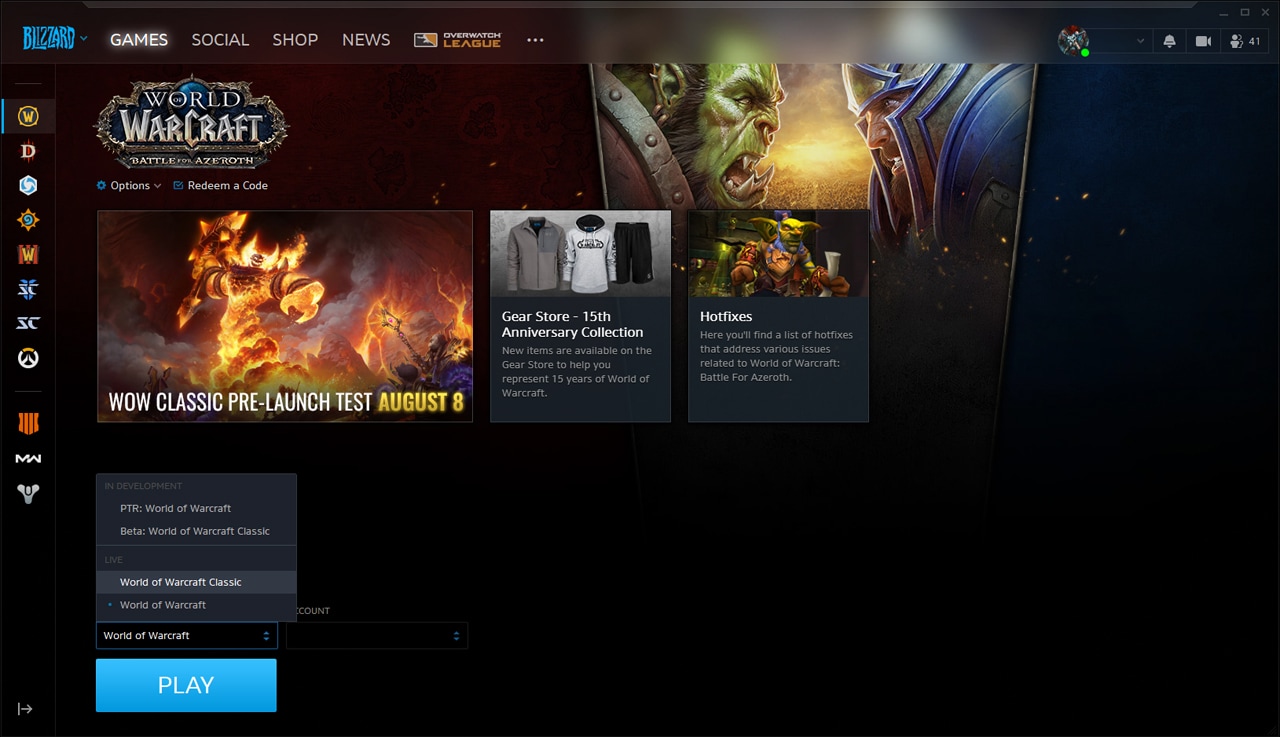 1. Open the Battle.net desktop app and select World of Warcraft from the menu.
2. Under the Version menu, select World of Warcraft Classic. If you have more than one World of Warcraft account, you’ll see a second dropdown for Account. Select the active account you wish to play on from that column.
3. Click the Install button. The progress bar will show you when the game is available to play.
4. Once the installation is complete, click the Play button.

You’ll need to select the realm you want to play on from a variety of available realm types. Make sure you pick the same one your friends play on—in World of Warcraft Classic, characters can only group with others on the same realm!
If you’re looking for a group of like-minded players, you can head over to the New Guild Listings forum to begin your search.

There are several different realm types to choose from. Choose carefully, as each one has a distinct play style. 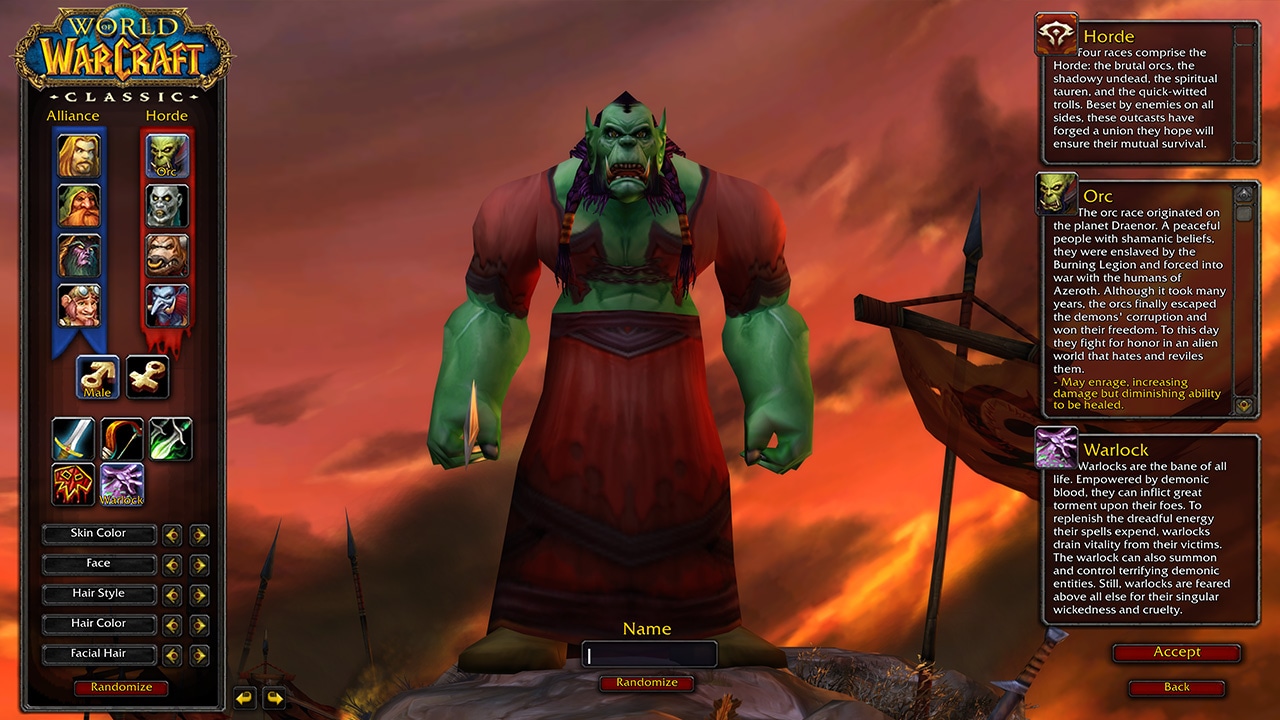 After you’ve selected your realm, you’ll be able to create a character and begin your journey in earnest. You’ll choose your faction, class, and race, as well as fully customize your new character and give them a name. Select the Create New Character option to begin the process.

There are four Alliance races and four Horde races to choose from. Each faction has access to nine classes, and just like in the original release of World of Warcraft, the Paladin and the Shaman classes are restricted to the Alliance and the Horde respectively.

Each race has specific abilities and traits that can have a big impact on your gameplay, so choose wisely.

You’ll be able to create a maximum of 10 characters per WoW Classic realm, with a total maximum of 50 characters across all realms in your region. You’ll also be restricted to one faction (Horde or Alliance) on PvP realms. 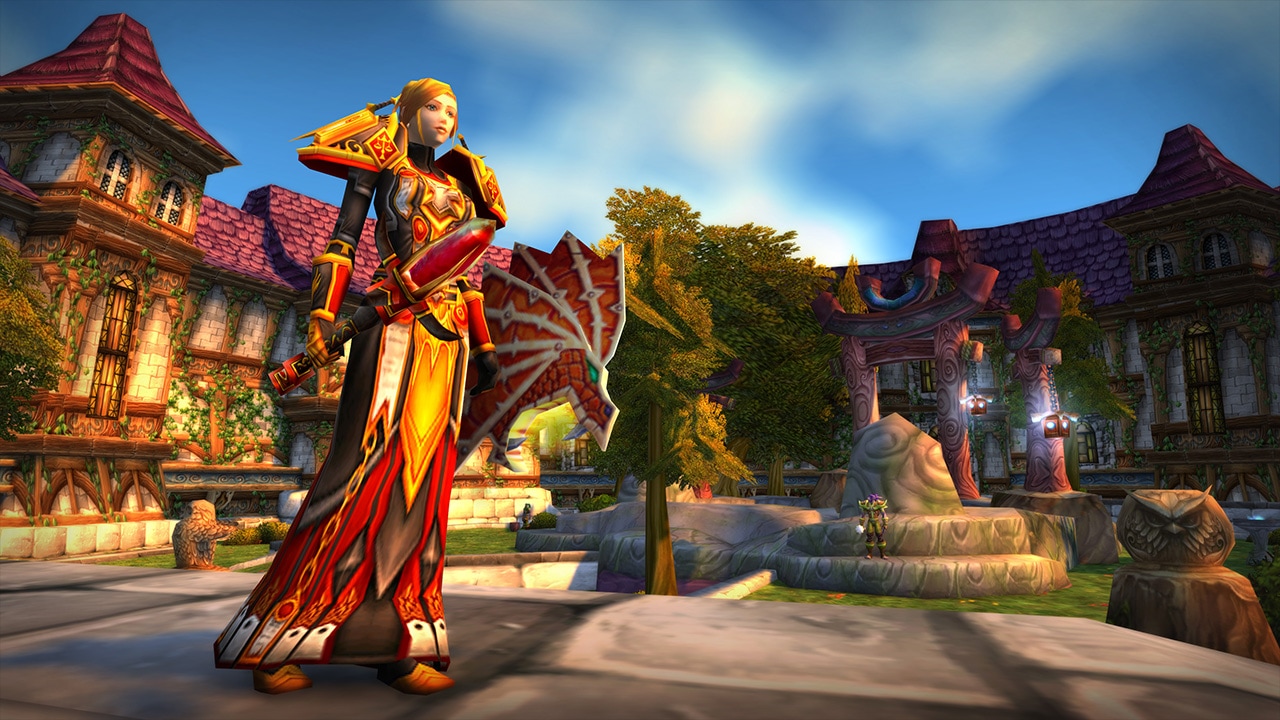 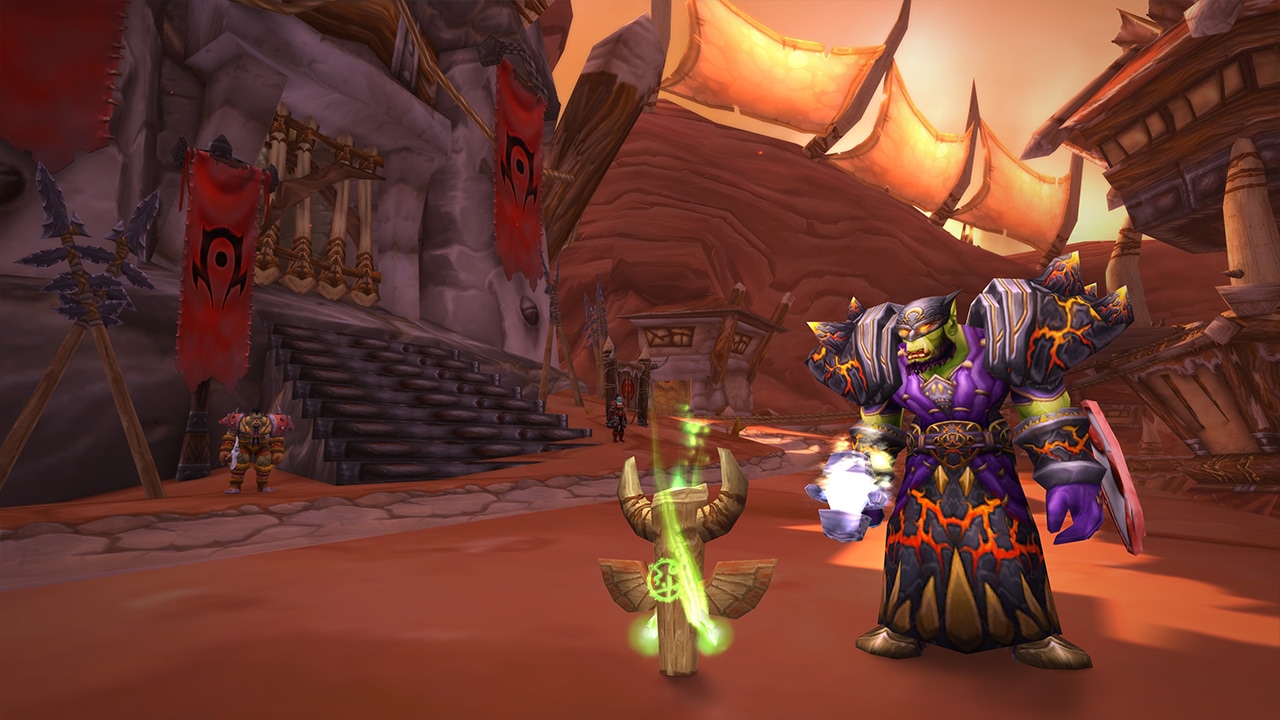 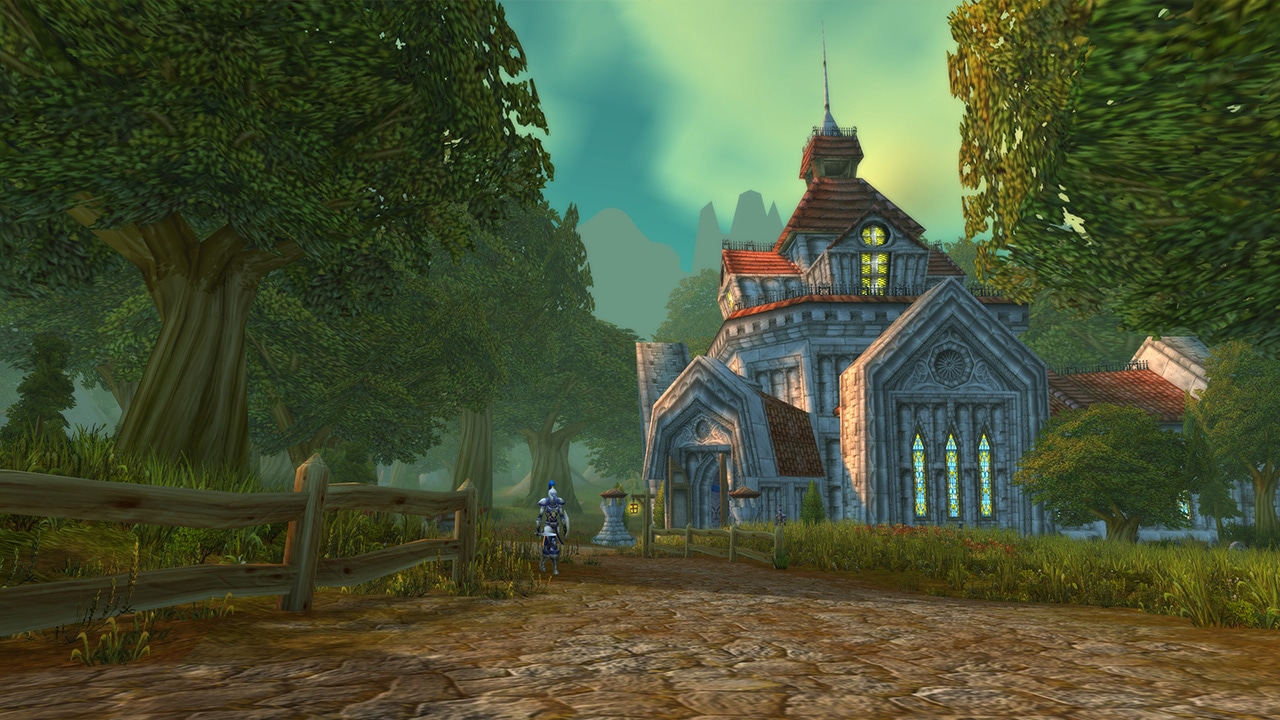 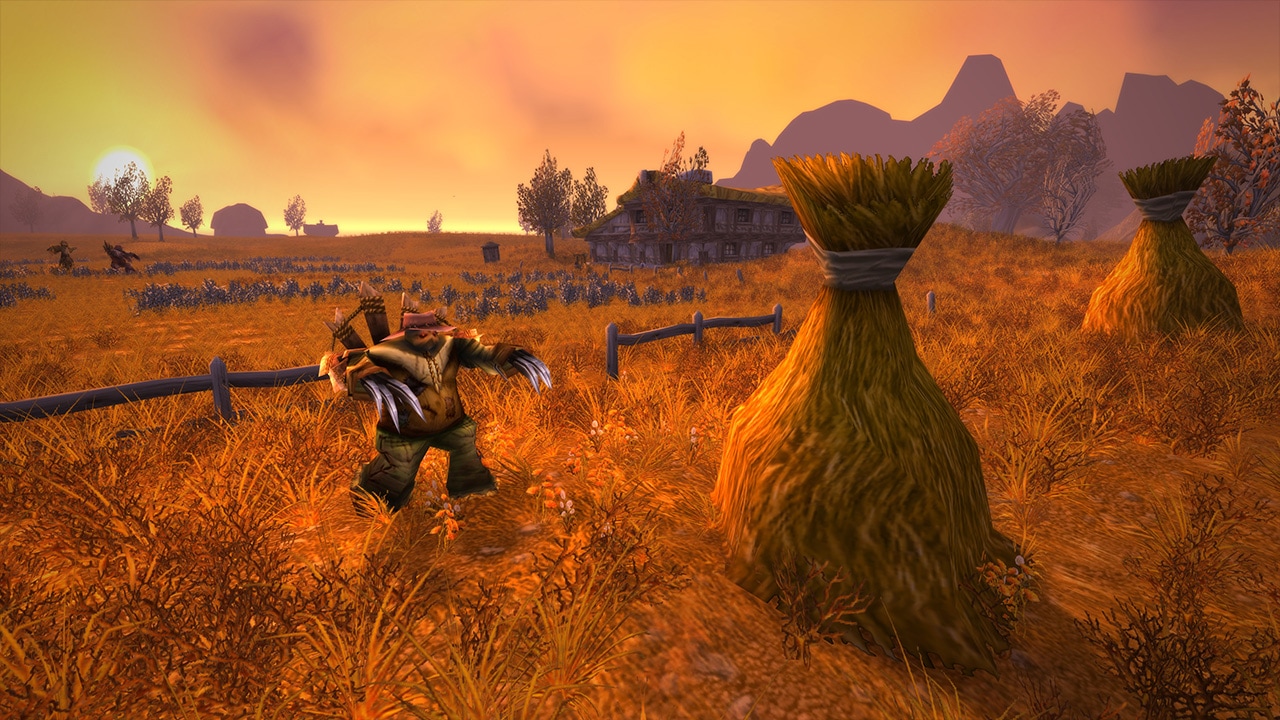 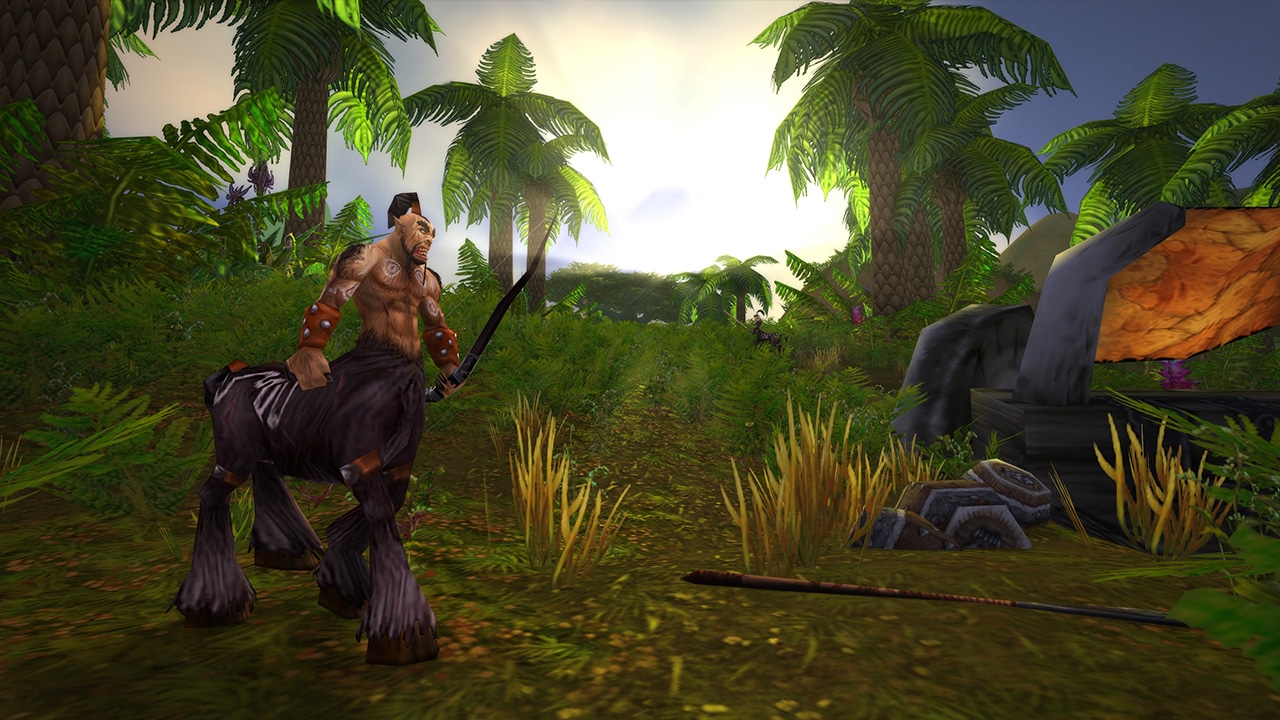 Each race begins in a specific region of Azeroth.

Characters in World of Warcraft Classic earn new abilities as they level, based on their class. You’ll have to train these abilities as you acquire them (or earn higher ranks of existing ones) by visiting class trainers located in the capital cities. 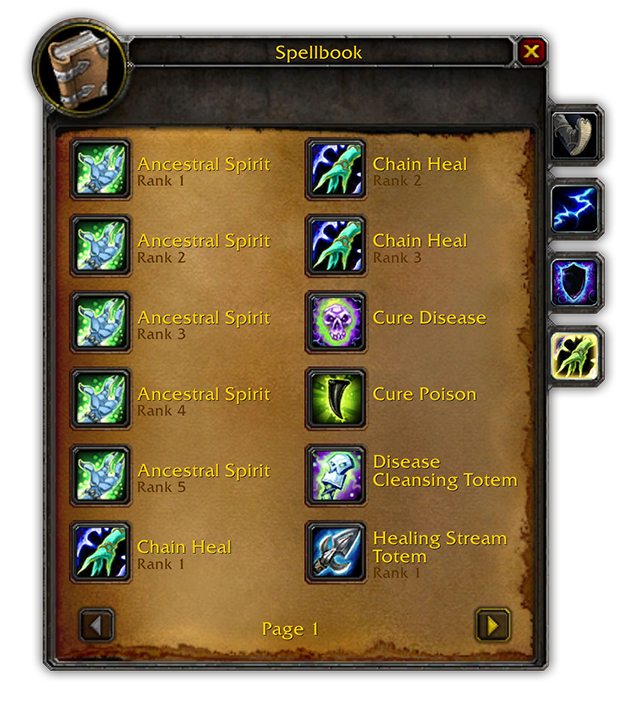 At level 10, you’ll gain access to class talents, which enable you to further customize your character. You earn a talent point with every level starting at 10, for a total of 51 points at level 60. Every class has three distinct talent trees, and you can spread your points among them as you wish, depending on your goals and play style.

If you need help figuring out where to spend your talent points, you can check out one of the many talent calculators created by the World of Warcraft community.

In World of Warcraft Classic, weapon skills are key if you want to perform well in combat. The more you use a specific weapon, the higher your skill in it will be, which has a substantial effect on your ability to hit your target. Each class is able to become proficient in specific types of weapons, and you’ll need to visit a weapons master in your capital city to learn any weapon skills available that you didn’t start out with.


Some classes require resources to cast specific spells or use certain abilities. Priests will need to purchase candles to cast Prayer of Fortitude, rogues will have to craft the poisons they apply to their weapons, and hunters will need to keep a supply of food specific to their pets to maintain their loyalty or risk losing them. And if your character uses a ranged weapon such as a bow, you’ll need to keep a stock of arrows.
Tip: Buffs don’t come cheap, so if you want to get a pocket healer to join you on your next adventure, you may just want to buy them a few supplies . . . out of the goodness of your heart, of course.
PROFESSIONS 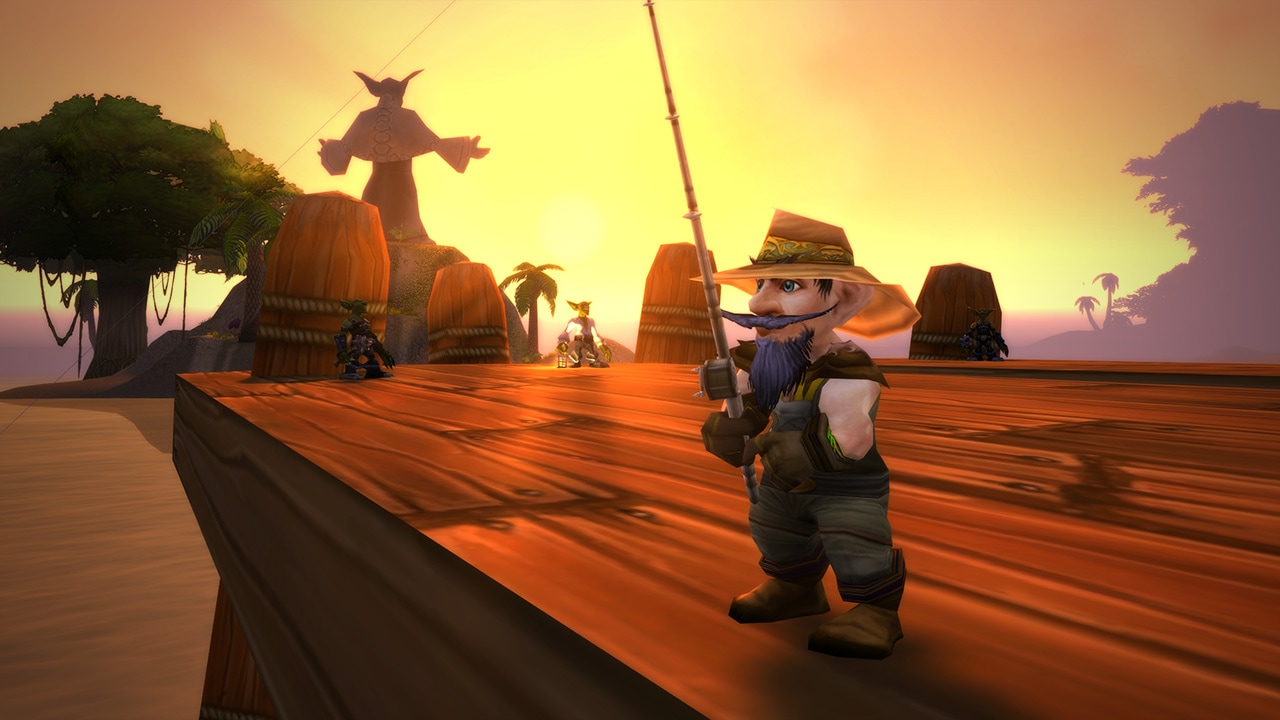 
TRANSPORTATION: GETTING AROUND AZEROTH

You’ll need to get to know Azeroth’s network of flight paths, ship routes, and zeppelins in order to get around. Once you reach level 40—if you’ve managed to accrue enough gold—you’ll be able to learn the riding skill and purchase your first mount.
Tip: You can also befriend a mage or two to get a quick portal to key locations. If you do get a mage to use their talents on your behalf, it’s a nice gesture to give them a tip. Alternatively, you can also get summoned by a warlock (with the help of two other players) to another location. You’ll need to be group up with either the mage or the warlock first.


GROUPING UP AND LOOTING

You’ll want to group up with others to take on powerful foes or complete quests more quickly. While in a party, you’ll get credit for shared kills, so everyone in your group can benefit.

Your party leader will be able to set loot distribution to specific rulesets, including:

Make sure you establish loot rules with your group before getting too far into your adventure. If there’s a specific item you want or need, you’ll want to understand how the group plans to handle distributing that item. 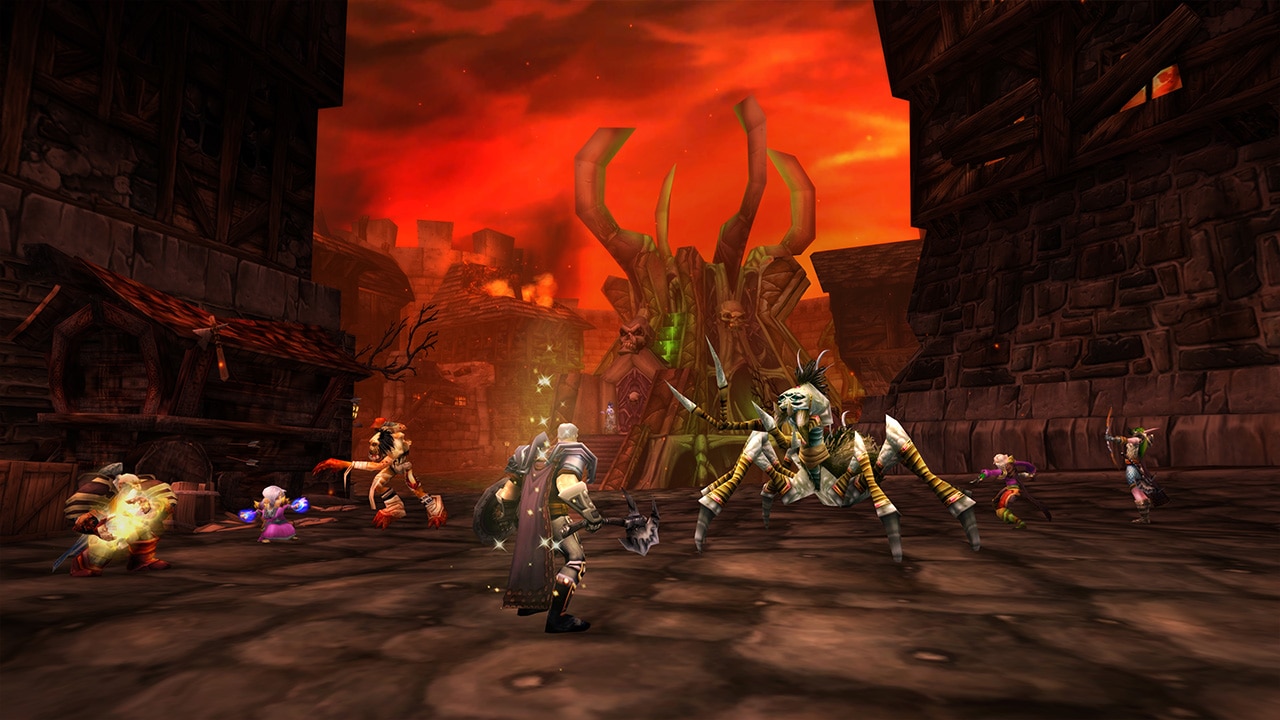 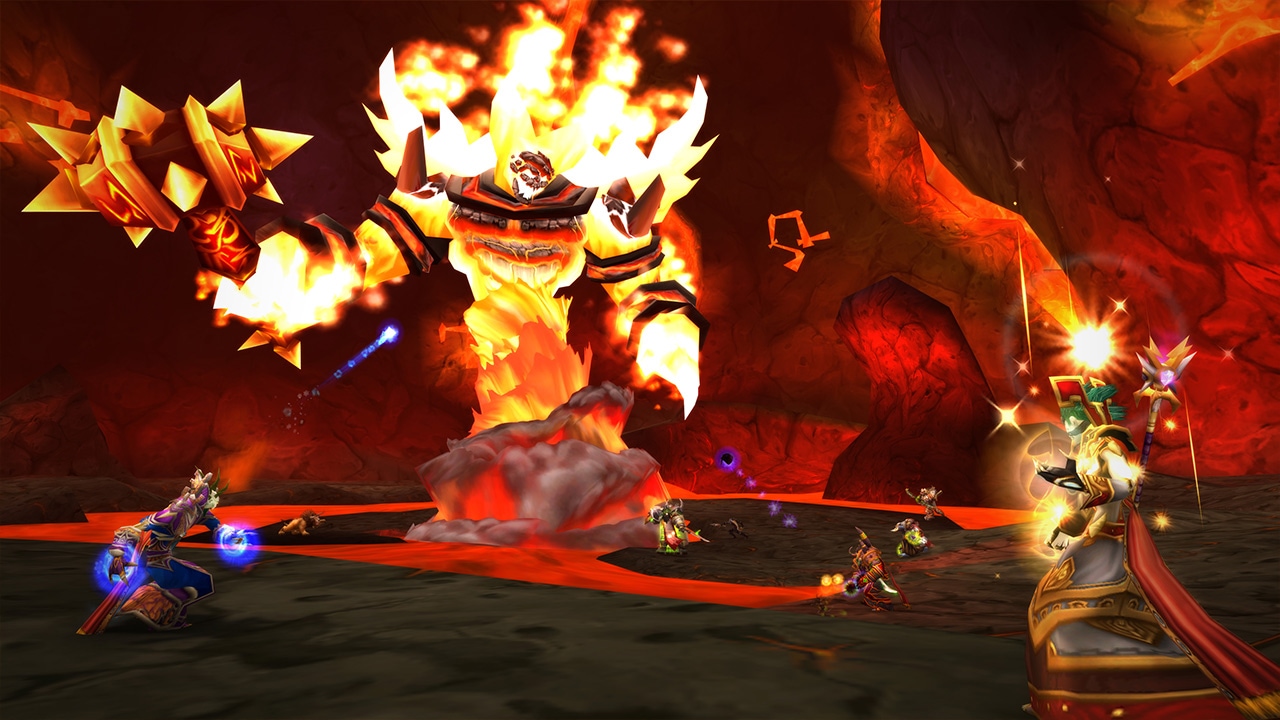 Molten Core
With the launch of WoW Classic, you’ll be able to take part in some of the dungeons and raids that defined the game in its earliest days. That said, you’ll need to find a few friends to join you first. The Looking for Group channel (/join LookingForGroup) is a great resource for finding players to group up with. If you want to summon them to your location, you’ll need to add a warlock to your group—otherwise, you’ll need to wait for them to make their way to you. If you travel to the entrance of a dungeon or raid, you can hover your mouse over the Meeting Stone outside to see the name of the dungeon and its level-range.

While soulbound items generally aren’t tradeable among players, there’s a two-hour window from the time an item drops from a raid boss where you can trade it another player in your raid group, provided they were present when the item was acquired.


This is just the start of your new adventure, and there’s a lot more to learn as you rediscover Azeroth. We wish you the best of luck—may your blade never dull!

Are you a new player on Oceanic server and looking for a home? Or perhaps a returning player who wants to experience the social aspect of Classic while being helpful members to the community? Then join <Goblin Rocket Fuel Rats>! See my signature for more info.
6 Replies

teebling do you think about adding a BluePost Tracker at Barrens.Chat?

Uhh, sorry 🙁
But what if you're on vacation, we don't know what's going on 🙁

Showing me this makes me want to play so bad now!

Uhh, sorry 🙁
But what if you're on vacation, we don't know what's going on 🙁

I totally agree. This feature would be neat! I want to spend as little time as possible on the eyesore that is the 'official' forums (as if, we all know this is the true Classic forum

Thanks for this! good information that I can share with new players!