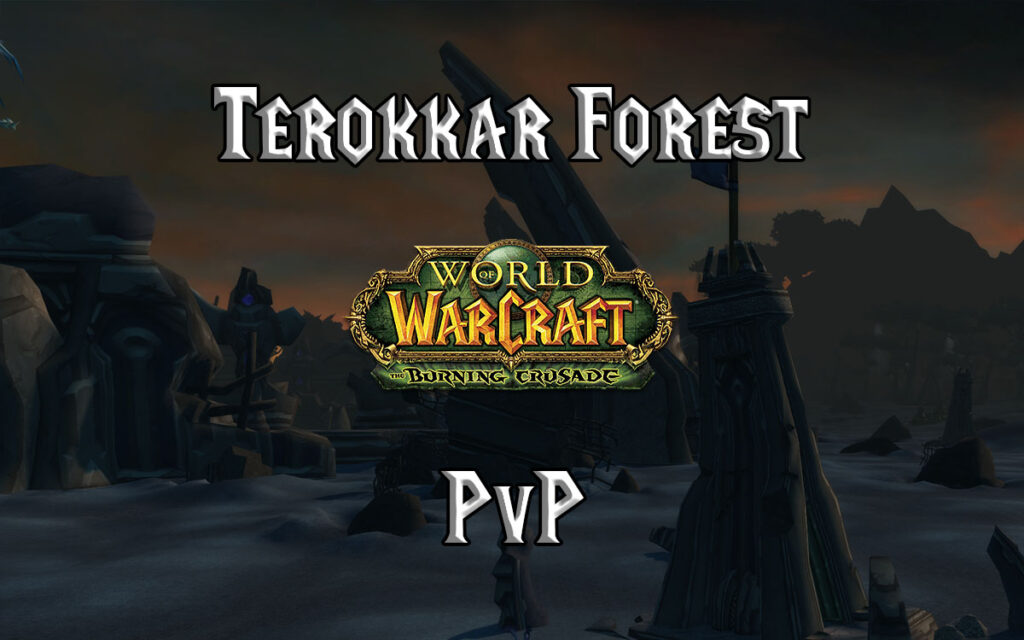 Just south of the rebuilt sanctuary of Shattrath City is the ruined, blasted expanse called the Bone Wastes. This area will be the setting for the world PvP in Terokkar Forest. There are 5 shattered towers surrounding the ruins of Auchindoun which can be captured in a way similar to the Hellfire Peninsula process described above. The towers' close proximity to the towns of Stonebreaker Hold (Horde) and Allerian Stronghold (Alliance) in combination with the two towns proximity to each other, will make this region's combat lively to say the least.

The faction that is able to successfully control all 5 towers will be granted a zonewide buff called Blessing of Auchindoun, which increases XP gain by +5%, damage by 5%, and allows for the capturing of Spirit Shards within Auchindoun. Spirit Shards are a 100% drop off of boss monsters within the 4 wings of Auchindoun, and each player can loot their own shard from the boss. These shards can be turned in at Spirit Sage NPCs in Allerian Stronghold and Stonebreaker Hold for PvP based rewards, including valuable Meta Gems.

Patch 2.4 Added new PvP daily quests that send players to Halaa and the Spirit Towers of the Bone Wastes. These quests are available for Alliance and Horde at their respective local quest hubs.