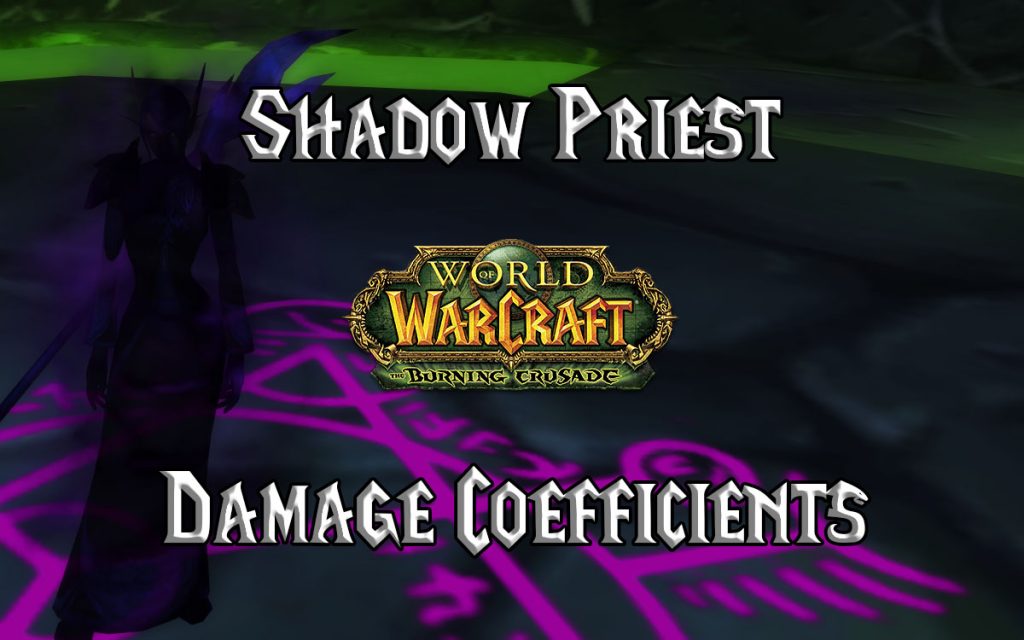 * A improved Shadow Word: Pain will not only get all the usual bonuses a shadow damage spell gets, but also nets a large extra bonus for being a longer than average DoT (due to the normalized DoT duration). A SW:P with just increased duration and no extra talents gets 160% effect from gear. A SW:P with no increased duration but all the other talents would receive 184% of the effects on gear (though why anyone would go that way is a mystery).

Untalented is without talents in the Shadow tree.

Talented is with all the bonuses of the Shadow tree factored in:

This guide originally comes from the Shadowpriest.com Wiki, which we own.

The dmg increase should be correct. The dps increase for dots is lower because the increase is meassured per second. Since Dots have a duration of effect you have to divide by the duration to see the damage increase per second.

Hey I know this is 5 months too late but no they are not correct, they are measuring the damage of the spell as if its a 23 second cast, when it is in fact a 1.5 second cast and the dps should be calculated accordingly

Hey Im sure this is an old feed, but I'm wondering if Misery can stack with multiple shadow priests, or is the bonus only able to be applied once?

If my spell takes 60 seconds to cast, and does 60 damage, it does 1 damage per second.

If my spell takes 30 seconds to cast, and it deals damage over a 30 second debuff, and it does 60 damage, then my spell does 1 damage per second.