You may remember a few weeks ago I wrote a post about all the good things the latest World of Warcraft expansion, legion has brought to the popular MMO. Well, it’s time to even up the score and give you a quick run-down of everything that is not so good with it.

One of the biggest selling points of Legion was the new class halls and class quest chains. These to be fair are fairly unique and individual and you do feel as if your class is making its own contribution to the war effort. However, these quests are finite and fairly easily completed and once you’ve gone through the chain, you’re left with the same fairly standard experience as everyone else.

World quests are Legions Way of keeping daily’s fresher and providing a way to gain rep with the various factions. However, after a while the world quests soon become quite samey It’s the same Demon Lord that needs killing, or squirrels captured. Not to mention the ley-line quests which are just dull, dull, and dull. So, yes credit is due, they have made the daily quest experience a little better. Ultimately though, you’re still just grinding rep, you just have to hop over all the Broken Isles to do it. 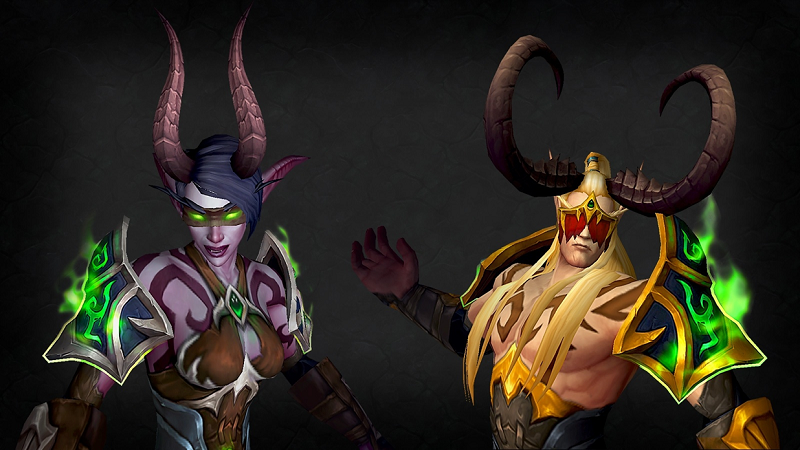 The first that is very noticeable with Legion is that it seems as if every third person you meet is a Demon Hunter. We saw it with Death Knights in Wrath of the Lich King and Monks in Mists of Pandaria, so it’s no great surprise that we’re also seeing a large number of people creating Demon Hunters. Having one, two or even three DH’s in a dungeon group can be fairly common, and can be a healer’s nightmare when in the hands of a novice. Everything will balance out at some point as people return to their mains, and general skill increases.

Like Warlords of Draenor, flying is not just something you can by when get to max level. In fact it’s not available yet at all, and even when it is you’ll have to have completed another Pathfinder achievement. This means raising rep with all the factions, exploring every inch of the Broken Isles, completing your class quest chain and 100 world quests. Most things can be done as you level, but just like WoD, at the end you’ll be likely stuck grinding rep by completing World Quests. Not that flying should be immediately available; but there must be another way to do it. Surely.

Legion is still the Same Game

Ultimately, the biggest issue I have with Legion is that fundamentally, it’s still just more of the same thing. Sure, the odd thing has changed, but you’re still following the same old World of Warcraft leveling and gearing up process. Get to 110, grab better gear from heroic dungeons until you’re geared enough to start raiding, and then mythic raiding. If you’re expecting a drastically different game, then you’ll be disappointed.

So, there you go, these are the things that I don’t like about World of Warcraft Legion. Please, bear in mind that I do still like the Legion expansion. All I’m saying is that it’s fundamentally still World of Warcraft. It hasn’t changed that much, which means it isn’t perfect and there are a few tweaks needed to raise it from good to very good.