The latest expansion to Blizzard Entertainment’s goliath MMO World of Warcraft, Legion is seemingly pleasing a great many players. Tales have been told of players who left WoW a while ago returning to try out the game again, and help to defeat the near endless demonic Burning Legion. I’m certainly a fan, and I know we’re still in the honeymoon period of the game and everything tends to be all happy-happy at this point, but there are still huge amounts of stuff that are very well done.

This is my top shortlist, which is in no particular order.

First and foremost let’s look at the class halls. Every class has its own class hall as any Legion player will be able to tell you. So, sure they look really good and they all have a unique feel to them that fits in with the class you’re playing. Though, aside from these aesthetic differences class halls are like Garrisons 2.0. They took a long look at issues in WoD and fixed them for class halls. Now you have only a handful of followers (and units you can recruit to back them up). Class Halls are now not somewhere you’ll have to spend half an hour at catching up on your chores and maintenance before you head out in the game. Plus, the Legion Companion app, means you can spend even more time out in the Burning Isles. There are also no automatic class hall based ways to get resources either, you have to perform world quests, find hidden treasures and beat rare elites.

Profession recipes for Legion are not just handed out when you hit a certain level. Instead you receive the pattern/recipe after completing zone and dungeon quest.

You can now increase the rating of your profession patterns and recipes, which decrease the amount of resources needed or the yield of the recipe. 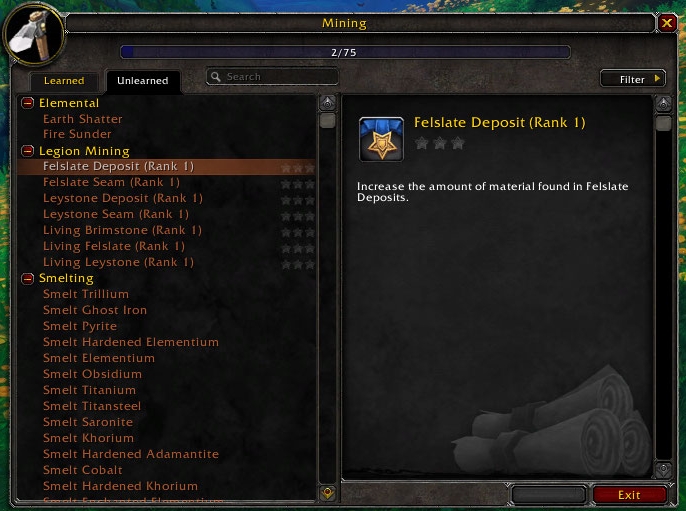 Really like this one. The quest to gather the five artifacts spread over the five zones of Legion, always ends with you finding the artifact in a dungeon. It both realistically ends the storylines (i.e. this guy is so bad you can’t do it alone) and it kinda forces you to experience the dungeons as you quest, and not just as a way to gear up.

Nimble, leather armour wearing half-demons armed with twin glaives and fel magic. A nice addition to the class roster, but takes a little getting used to.

Well, it’s the above but a little more curvaceous.

There are now quests and items specifically for your spec and class. Follow all those Class Hall quests and you’ll get your hands on a few

They’re not a playable race (unfortunately) but the moose Tauren of Highmountain are still pretty cool. 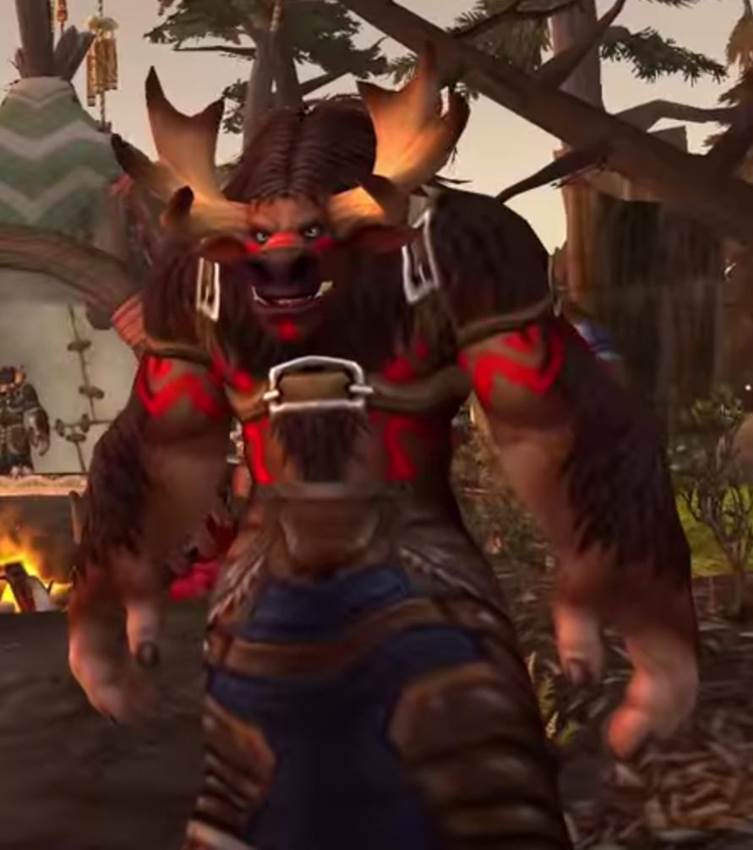 Going back to Dalaran again

I remember spending a lot of time in Dalaran when WotLK came out. Fishing in the fountains and running around trying to get all the magic books. I’m glad it’s returned, but there have been changes.

Obviously, this is one for the Beastmaster Hunters out there. Your artifact actually gives you a secondary pet ghost wolf called Hati. Ok, he doesn’t quite have all the damage of your primary pet (although some skills can be unlocked via the artifact upgrade system) but it still looks pretty cool.

If you’re not a leatherworker than you won’t be familiar with the quest ‘Mounting Made Easy’. This quest has you attempting to keep up with a large elk galloping through Highmountain. Although the short distance of the leash and the elk wanting to jump off cliffs does nothing to help. Manage to hang on his tail for around 15-20 minutes and you get yourself a recipe for an Elf mount.

So these are all the things that I love about Legion, and I’m sure there’ll be more as I keep playing. Soon, I have the unfortunate task of listing all the things about Legion I don’t like. Is there anything you feel should be on my list? Which are your favourite bits of Legion?