My Unpopular Opinion About Leveling in World of Warcraft

As a long time player of World of Warcraft and current player of both retail and WoW Classic casually I tend to keep an eye on the WoW subreddit and official forums to watch for news for the site and just keep up to date in general.

As you probably know if you’re playing WoW Blizzard added a 100% experience boost to the game through April 20th. Most players, like myself, used this as an opportunity to level alts as quickly as possible. I used heirloom gear and timewalking dungeons and ended up with five different alts at level 120 within a couple of weeks even playing casually.

Ever since then players have been asking almost nonstop for an extension. You’ll see posts like this with thousands of upvotes on reddit, or this post where the player says that “Bonus XP is probably the only reason I’ll level alts this xpac”. Blizzard just posted today that they are going to add a 100% Bonus Reputation Buff from April 20 – May 18 and then posted on Twitter that they are extending the XP bonus extension until the pre-patch for Shadowlands.

Real talk. Would ANYONE say no to this question? Except blizz themselves

To a certain extent I agree with the players that the XP bonus got more playtime out of my alts and I spent more time online, but to me that’s not because I think it’s a good solution, it’s because leveling in World of Warcraft is terrible and pointless anymore so you just want it over with as fast as possible. There is no longer any reward to leveling, other than maybe trying to catch up on a storyline, and you can do that at max level and make more gold anyway.

Leveling in WoW has changed drastically over the years and with the increased level cap every expansion 120 levels becomes pretty daunting. Heirlooms were introduced in Wrath of the Lich King and have been expanded on ever since then, and in Warlords of Draenor they added timewalking dungeons which has a massive experience boost for completing it.

Now getting an experience boost can be great, nobody wants a long slog through stuff they’ve already done a bunch of times already, however the heirlooms removed gear upgrades as you level so there was no longer any reward to leveling in that regard. And then leveling happens so fast now to get through those 120 levels that even if the heirloom for a bonus was a shirt so that it didn’t replace gear, you’d be outpacing your gear and upgrading it so fast it wouldn’t matter anyway.

So when I heard about Shadowlands and the level squish, revamped leveling zones from previous expansion content, and a lot of the information coming from Blizzard about changes they are trying to implement I really thought that maybe we’d see a return to more rewarding leveling. They’re making it so there is a new start zone for levels 1 through 10 and for levels 10 through 50 you can choose between any previous expansion content.

That means thanks to Chromie you could do the entire storyline on a character in Vanilla, TBC, WotLK, Cataclysm, MoP, WoD, Legion, or BfA. An amazing idea all around! 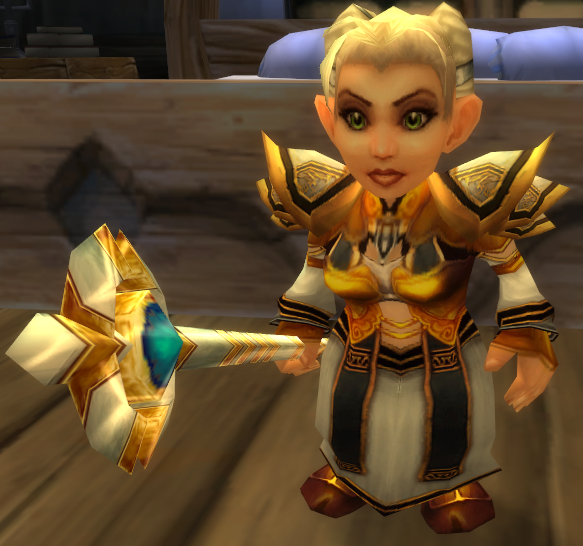 I thought maybe they would replace heirlooms that take up most of your equipment slots with something that sits in your bag or only takes up one slot so that you could get gear upgrades while leveling again. Then they could make a juxtaposition between retail and Classic leveling and have it take longer, but once again make it rewarding to experience the storylines now that they are separated into individual questing routes.

Or even in the spirit of the current version of the game, maybe they replace some of the quest rewards current vendor trash and instead reward Transmog sets that you collect while completing an expansion. Something that makes it a unique and rewarding experience at least that adds to your connection with your character and immerses you into the RPG part of the game.

Sadly none of that is happening, based upon the feedback from the Shadowlands Alpha so far there have been reports that you can level from 10 to 50 in a little over 12 hours. There’s just no way to get the RPG elements of the game and experience the story for an entire expansion worth of content in 12 hours. In WoW Classic just doing the quest line for your epic mount on a Warlock takes longer than that.

Don’t get me wrong, I don’t think we need to replicate the Classic leveling system or the 10 days played it takes to get to max level in WoW Classic, but I do think leveling should be meaningful in some way and that is just not the case right now and doesn’t look like it will be the case in Shadowlands either.

So World of Warcraft Shadowlands, in my opinion, is still going to be less of an RPG and more of a unique dungeon crawl style game.

Yes, I agree. I have the same unpopular opinion) By the way, these guys have good leveling – [link removed by moderator]