Legion End Game – Close Blizzard, but not quite right?

Legion is the latest expansion to Blizzard’s MMORPG World of Warcraft released around 9 months ago. With its predecessor Warlords of Draenor offering so much but delivering on much less, most players were very enthusiastic about Legion. Although there was a certain amount of intrepidation about it as well, we’d all been hurt in the past.

Once you’ve blasted through the leveling content which for some players takes a matter of hours, you’re left with the end-game to provide you with all the amusement you need until the next expansion is released, but in my opinion it doesn’t deliver as it should.

For those not familiar with Legion, the basic idea behind it is your character finds a legendary weapon, using this you join (and often lead) a class hall, where all the players of one class group up together to finally defeat the demonic Legion army who are, in the most part just that bit obsessed with the whole destroying the world, with a penchant for death and dismemberment.  So, to destroy the Legion you gather resources and complete world quests until you’re given the chance to give those big bads a darn good seeing to. 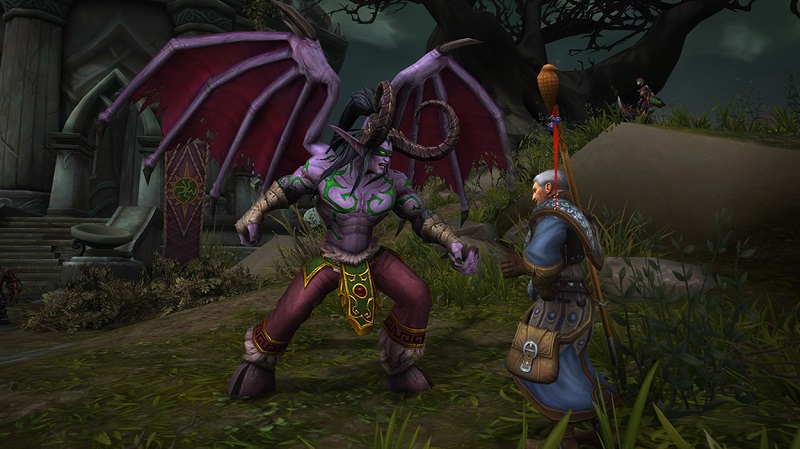 The latest part of the Legion end game is on the Broken Shore. A new area opened in the latest patch that’s teeming with demons, corrupted land and at the very north pinnacle a new raid zone. The Broken Shore is filled with specific world quests like the other zones, with new currencies to collect Nethershards and Armies of Legionfall resources

My issue is that although the end game certainly improves on what Warlords of Draenor delivered it’s still lacking for me. Each of the things given to fill the time as part of the end game are just a little, how do I put it? Ummm, ‘meh’ I suppose.

The Broken Shore which is now presumably where Blizzard would like you to spend most of your time, is a fairly shallow experience. In general, I head over there, do the world quests and then… well, nothing that’s the only real thing to do there. Ok, you have the single quest-line which continues the main story, but only one quest is opened per week. One quest, and most of those quests can be done in a matter of minutes. 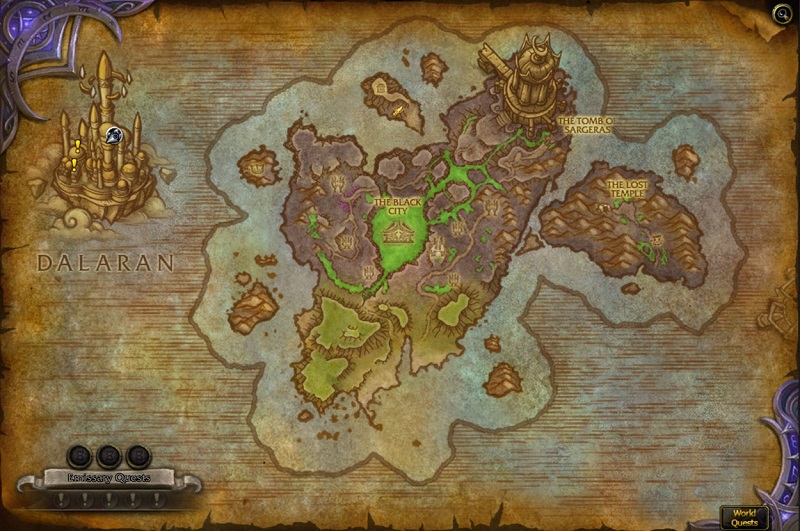 So, each day you log in and do as many World Quests as you can or want to do. It’s worth it at first. You get Armies of Legionfall reputation, Nethershards that allow you to buy better gear, and Legionfall resources that you can use to build one of three buildings that provides several bonuses to your Broken Shore quests. Each donation gives you some artifact power and then maybe some gold, or if you’re lucky a legendary item. This is all good stuff and it helps you progress your character.

Bearing in mind, I don’t play World of Warcraft for hours and hours a day. I play for maybe half an hour to an hour on most days, but I’ve found that my reasons for logging in with my Death Knight have nearly all but dried up.

A day or so ago, I got to exalted reputation with the last faction of Legion, Armies of Legionfall and my prize was a tabard which costs 10,000 Nethershards, which is a bit of a naff reward (Though maybe there’ll be better ones later on). Ultimately, there now no real need to grind any rep.

There are no further quests in my class hall. So, all I’m doing now are the champion quests on my mobile device for artifact power which doesn’t even require me to log in. I’m also spending 500 resources every few days to increase the power of my artifact weapon.  Oh, and instantly completing a PvP World Quest with my Frost Worm to get my honor level up (level 46 now).

With all my reputations at exalted, I don’t need to do World Quests again until my resources get too low. Yeah, ok I can now spend 10,000 rep to get another faction loot box but the items in them are a bit run of the mill now in the most part. They mostly contain items (which I’ve outgrown), gold (that I don;t need) and/or artifact power which I admit does give your weapon more punch and ultimately leads to a new artifact skill but it takes a long time at higher level. It all just seems a bit grindy. 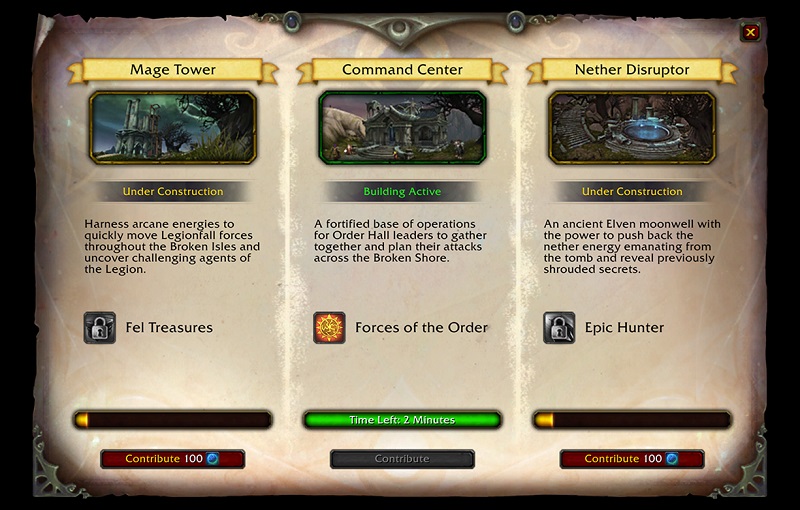 Finally we have all the dungeon and raid content. As you can probably expect there are a healthy amount of dungeons and raid wings to plow through. Honestly, the first few times I ran through them, I did enjoy them. The added a lot to the story and really pushed things along. However, once you outgrow them which I have now. I find it difficult to go back to them. I know, it’s the selfish side of me but unless I’m going to benefit materially I find the raid and dungeons lose their purpose.

The only thing I have yet to experience is the Mythic dungeons. Very tricky and by all accounts are a good thing to be doing. I’ve heard the tales about fairly ruthless players booting people from Mythics, but can it all really be that bad?

All of the above things have lead me to a point where I’m just logging in, doing a few brief almost automated actions and then logging on to an alt for a more full experience till they hit end game. Apparently, I’m not the only one not hanging around in the Broken Shore. There’s nothing there with much substance, though it’s still definitely better than the Warlords of Draenor end game.

What I would have liked to see is a little more class collaboration especially in the end game. Although you’re sharing a class hall together you work independently from every single other player of the same class. I’d have liked to have seen some class collaboration missions or scenarios. Class specific quest chains and class specific ways of defeating the legion in the end game would help to tie in the ethos of Legion which is people grouping together to defeat a common foe. Except for one solo class quest chain when you hit the Broken Short you’re just questing like every other class. There’s no real distinction between each experience.

Credit where credit’s due, Blizzard have moved (and hopefully will continue to move) the World of Warcraft end-game to a better place in Legion. There are elements to the Legion end game that do work really well and there are still Mythic dungeons for me to try out.  Will they make such a big difference to me? If not, then Legion end game still won’t be a place I can happily dwell for hours.

What do you think of the Legion end-game?