With the launch of phase 5 last week, we have seen a few servers complete their war effort at a blistering pace. And now a week later those on the servers get to reap their just rewards, but not all are victorious. There has been massive drama stirred up on some servers and many lowered expectations from over promising and under delivering much needed supplies. One notable hotbed of drama came from Pagle where the top guild was very vocal about being able to completely finish the war effort single handedly but they didn’t account for the shared Alliance/Horde supplies, so came up short especially on much needed and surprisingly difficult to farm Copper Bars.

Notable servers that were able to complete the war effort within days of release:

These servers have already been able to take part in the 10 hour war and can now venture into AQ!

Due to a bug, the guilds on the Chinese servers were able to bypass the war and were able to step foot into AQ immediately. This was promptly hotfixed however world first Skeram was technically achieved with almost a kill to Sartura as well.

For North America, congratulations to ONSLAUGHT for the first C’Thun kill.

The top 3 kills were:

There was an issue with C’Thun’s eyebeam timing upon entering that has been widely reported. This has been quickly fixed and was up for the North America and Europe kills.

But of course none of this would be possible without the most courageous and stouthearted adventurers, the Scarab Lords! Competition was fierce and the grind was excruciating but many were up to the challenge. Here is a list of some of the first Scarab Lords:

If you have been following the event closely you might notice a surprising omission to the list. Unfortunately due to extreme levels of server drama and a very agressive PvP outlook, GRIZZLY was snubbed from getting a mount, despite turning in the vast majority of war effort resources. The 10 hour war has concluded on their server so obtaining the mount is no longer possible.

For the rest of the servers still working on their own war effort, keep it up! And for those seeking to add their name to the Scarab Lord list, good luck and remember to take a break once in a while.

What happened with GRIZZLY is crazy, somebody posted some screenshots on reddit too. 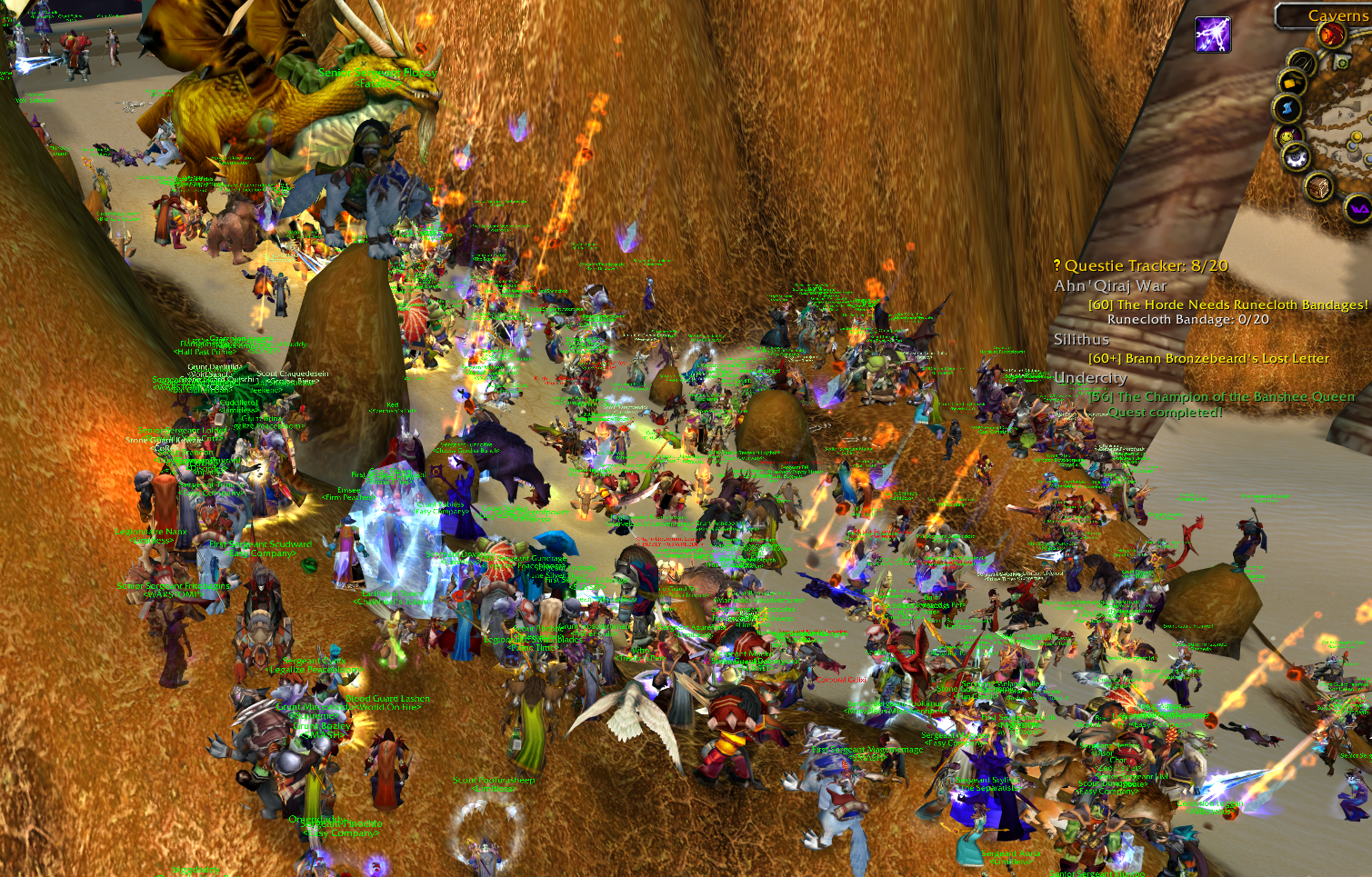 Congratulations to all the Scrub Lords.

Lol unfortunately due to extreme levels of server drama. Yea, Grizzly started a war they could not win, drama.

Did anyone buy scarab lord? I heard the bug parts were being put up on the ah for a couple gold so someone with 80-90k could’ve probably purchased a large portion of it and bought raid carries too.