Blizzard has released official information about the start of official competitive events for Wrath of the Lich King Classic.

These events will kick off with a head to head race between Progress (Firemaw EU) and SPACEFORCE (Faerlina US). These two guilds will be given a limited amount of time to gear up fresh level 80 characters and then have them speedrun Naxxramas.

The catch is that it is an undying speedrun, meaning that no raid members are allowed to die during any boss encounter, making gear and strategy a lot more important due to added risk.

This event can be watched on the official World of Warcraft Youtube and Twitch accounts on October the 22nd and 23rd.

In addition to this PvE focused event, there will also be a WotLK Classic Arena Tournament!

Signups for this event have already begun and will close on October 28th, with the top 8 teams competing from the 11th to the 13th of November.

This tournament has a total prize pool of 100,000 USD for the top 8 teams to compete for.

This event can be watched on the official World of Warcraft Youtube and Twitch accounts on November the 11th through 13th.

With the release of the Wrath of the Lich King Classic, it is time for more WoW Esports events! We are excited to showcase our first raid event for the Classic community in the Undying Challenge and a return to the Classic Arena Tournament for our amazing PvP community.

While many adventurers have conquered Naxxramas before, few are as fast and efficient as two of the top speedrunning guilds in their home realms: Progress (EU – Firemaw) and SPACEFORCE (US – Faerlina).

Watch them take on the Undying Challenge on October 22 & 23 live on YouTube and Twitch. 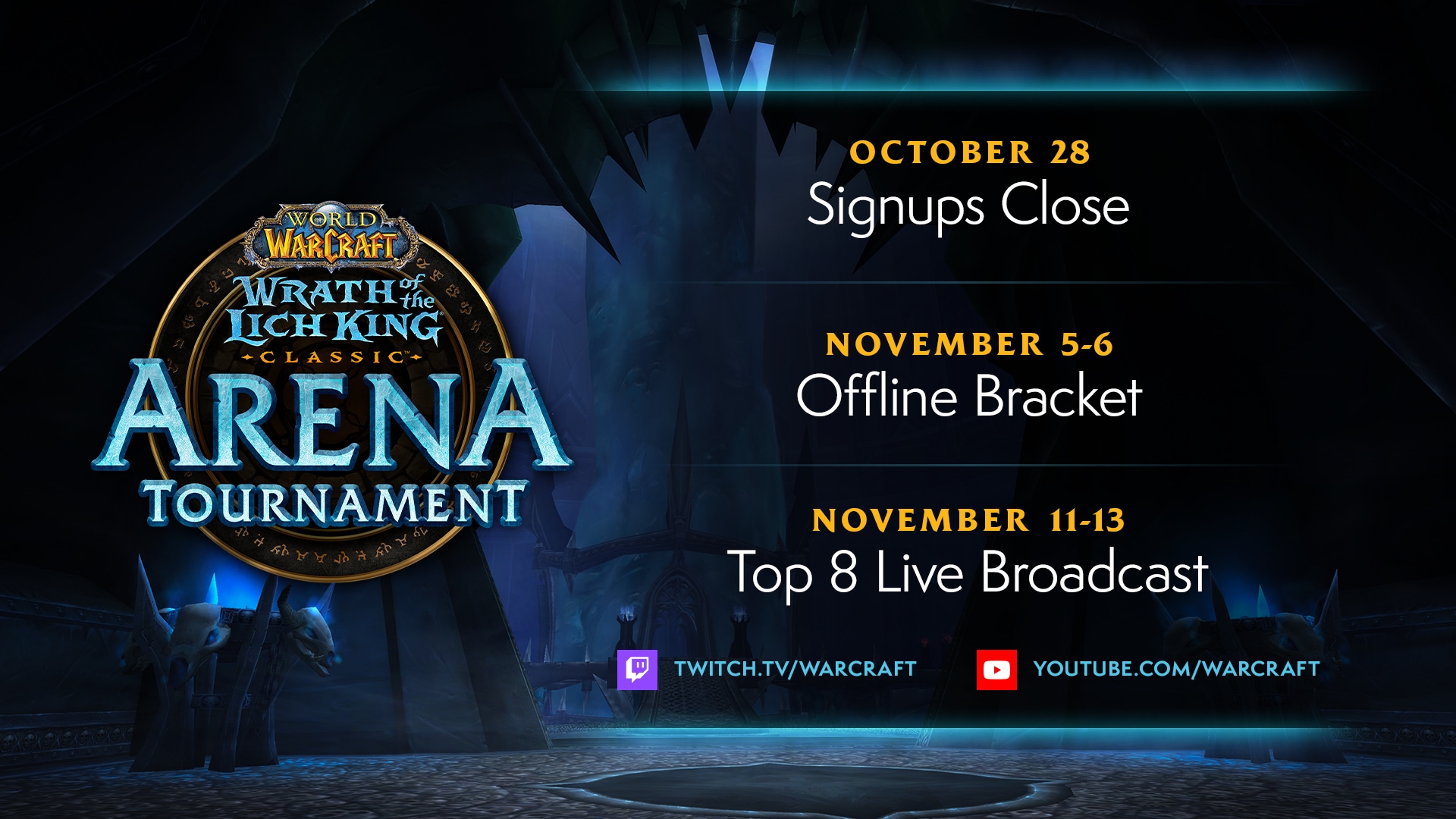 With the Lich King’s return, it is time to crown the top players from Europe and North America in the 2022 Classic Arena Tournament! Make a team, compete, and watch the best Arena players battle for a combined prize pool of $100,000 (USD) on November 11-13, live on YouTube and Twitch.

Signups are open now until 28 October 2022 at 15:00 BST Pacific time ahead of Open Qualifiers starting November 5. More details are available on GameBattles for Europe and North America. Be sure to follow WoW Esports on Twitter, YouTube, and Twitch, while checking out the WoW Classic website for all the latest news as we return to Northrend!

I love MMOs of all shades, especially the nitty gritty numbers parts of them. You might recognize me from the Shadow Priest discord, otherwise I play a little bit of everything, especially games with support roles available.
Subscribe
0 Comments
Inline Feedbacks
View all comments