Skip to content
Forums
WoW Classic
General
How to get to Moong...

How to get to Moonglade – A Guide for Non-Druid Players 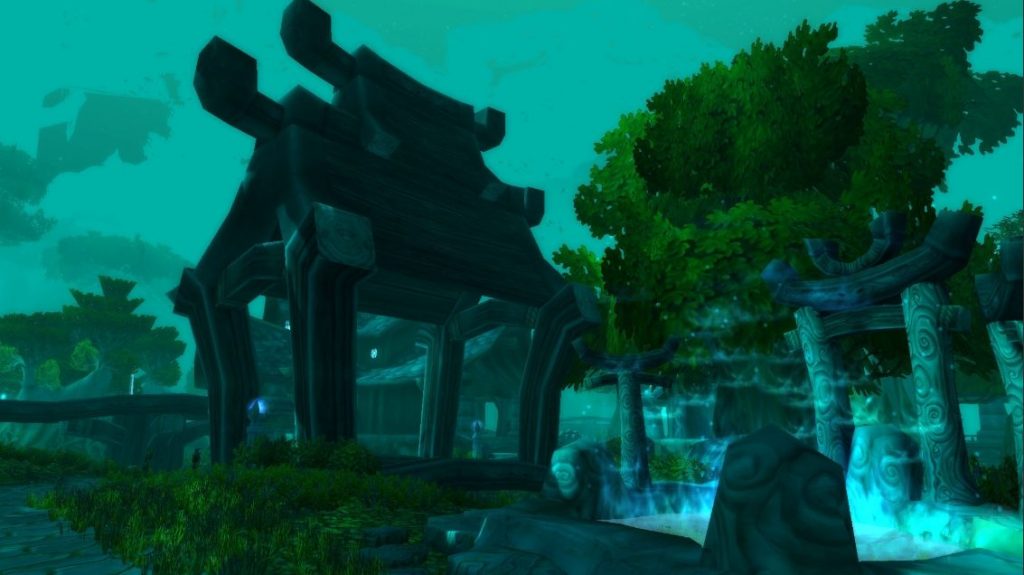 Moonglade is a very Druid centric, neutral zone high in the mountains, near Mt. Hyjal. It is accessed by Druids very early on in their level progression through their class spell: Teleport to Moonglade. Druids acquire some of their class quests as well as some specialized training here in the zone’s soul settlement, Nighthaven.
For non-druids the draw is more one of exploration, or perhaps a desire for total completion, or simply to get the very convenient flight path. There are also a number of quests that start, or end in Moonglade for non-Druids. Whatever their reason, many players, who are not as in touch with nature as their shapeshifting compatriots, want to find a route to the remote and mysterious zone. For those players, there are only two real options in Classic World of Warcraft.

The first and simplest method is also the one that can be done at any level. First, travel to Darkshore and head to the northeaster most part of the zone, where the shore wraps around the north side of the continent of Kalimdor. Then, continue to travel northeast, then straight east, hugging the coast until you get a notification that you’ve entered and discovered Moonglade. Once this is achieved, simply kill yourself! That’s right, the quickest way into the Druid Realm is through DEATH! When you die, your spirit will be pulled to the Spirit Healer in Moonglade and you can resurrect within the zone at the Spirit Healer. Then simply head over to Nighthaven in the north of the zone and acquire the flight path to return whenever you like!

This method will be more difficult for Horde players, as traveling through Darkshore can attract the attention of Sentinel Guards. This is why it is recommended that you strip off all of your gear and leave it in your bank to avoid heavy repair costs. It’s a good idea to do this for Alliance players too, as you WILL have to kill yourself to reach Moonglade regardless. So why incur a bill?

The less suicidal method of getting to moonglade will require you to be of sufficient level to travel and fight in Felwood. The first step is to find Timbermaw Hold in northern Felwood and complete that factions reputation quests, or grind reputation by killing Deadwood Furbolgs until they are at least Unfriendly to you and you have unhindered access to the inside of Timbermaw Hold. Once this is achieved it is a matter of simply taking the tunnel within the hold that snakes north on your minimap. This tunnel will lead directly to Moonglade and once there it is a short jog, or ride to Nighthaven where you can get the flightpath for the zone.

Alternatively, you could try the same trick as method one by dying in Felwood, and just walk through Timbermaw Hold as a ghost until you reach the Moonglade Spirit Healer. Rogues and those with invisibility potions could also try sneaking through Timbermaw Hold without even bothering with rep, though this is not recommended except at higher levels.

You could simply wait. Once a year, during the Lunar Festival, Nighthaven is also decorated for the holiday and sells interesting vanity and entertainment items as well. During this festival, all players from both factions can teleport to Moonglade freely and acquire the flight path then.

So that’s how you get to Moonglade if you’re not a Druid. Hope this has been helpful, or at least entertaining. Have fun drowning, grinding for rep, or waiting and have a wonderful day.

Awesome write up, thanks for your contribution!

Lol @ the just wait option. I didn't know there was a holiday event in Moonglade.

Good one, cheers. I just yesterday received the quest at the end of Maraudon to bring something to Moonglade

Lol @ the just wait option. I didn't know there was a holiday event in Moonglade.

Yep! The Lunar Festival starts there and most of the celebration is there too. Incidentally, I just posted this guide that will help you find the quests that take you there when the Lunar Festival begins. Check it out.

I don't know how I missed this the first time

Way back when I did this run as my Priest, I thought I was running to Wintersprings but I took a wrong turn through the Timbermaw tunnel

I booked it through the tunnel, I decided to bubble and run through and didnt have time to think which way to go...I knew something was wrong because I didnt find snow at the end of the tunnel. I was like crap where am I....I ran back though and got lost again...then finally found wintersprings!!

Moonglade looked nice but I didnt have time to explore...reminded me of the night elf starting zone.

I think only Druids can get the Flight Path in Nighthaven.