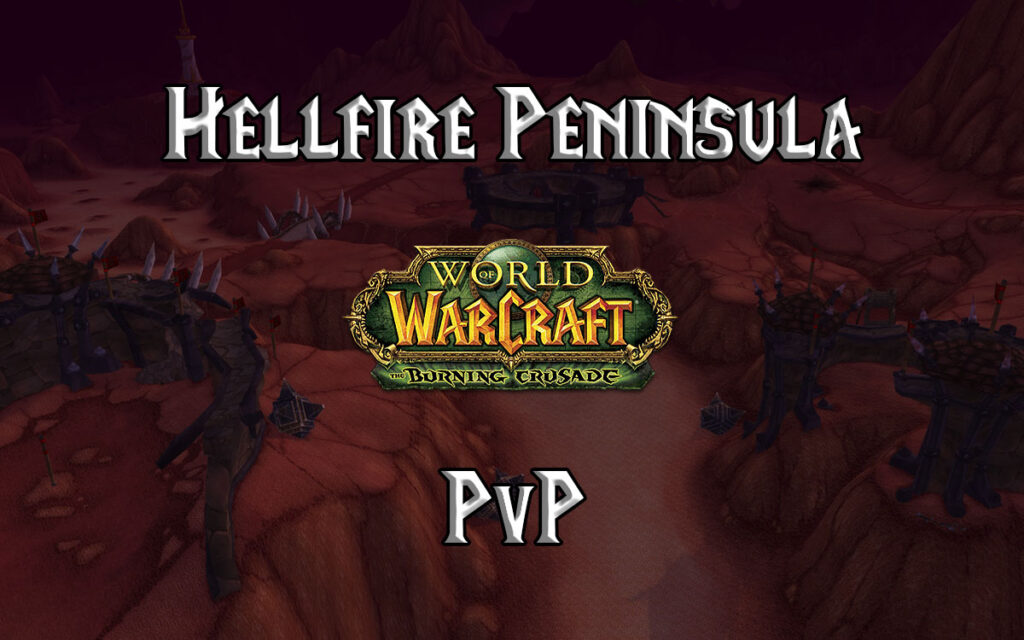 The blasted, barren remains of a once lush and verdant land, Hellfire Peninsula has certainly seen its share of war. It is a fitting backdrop for the first World PVP you and your allies will encounter in Outland.

World PvP in Hellfire Peninsula is centered around three primary areas: The Overlook, The Stadium, and Broken Hill. All three locations are just west of Hellfire Citadel in the center of the zone. The objective of each faction is to control as many towers as possible, as the side that controls all the locations receives a zone-wide buff of 5% increased damage. This buff applies to everyone of the controlling faction presently in both Hellfire Peninsula and the instances of Hellfire Citadel.

To capture a tower, one faction must simply have more members in the area than the other faction. Merely having one eligible member of your faction in the vicinity of the tower will begin the capture process. It will take a solo eligible player 12 minutes to capture the tower. This time will decrease for every additional eligible friendly member in the area, to a minimum of five minutes for a five man (or higher) advantage. If equal numbers of the opposite faction are present, the capturing process will freeze in place. Capture time scales according to the ratio of players on each side - for example, if there are six Alliance players and five Horde players at the fort, it will take the Alliance 12 minutes to capture it.

In order to be eligible to capture a location, you must meet the following criteria: