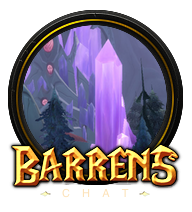 I know, I know.. it's been six months since the last update

There are some big things coming though guys, and this lil patch is just the start. Enough with the drivel, let's get down to what has been changed in patch 1.12!

We think it's happening... it might happen... it's definitely happening? As we lead up to the endgame for Classic in it's final patches, I think we can safely say that people are going to want to start chatting about the possibility of TBC sooner or later. I've added a new forum area to accommodate TBC-only discussion, and moved all of the TBC-related posts and topics here.

I've also reverted to a more traditional forum layout for the site. You'll have noticed that very little has changed frontend besides having a slightly different looking index page, but quite a lot got changed backend to reverse engineer the site's structure back to what a normal phpBB site does

I've kept the filter feature for the Classic & TBC sections, but expect more hierarchy with subforms etc. in the next upcoming patch.

/images/updates/112/forums.png
As you can see towards the bottom of the page - you can still view all the topics in one go, as you used to be able to in the original homepage. One added bonus to this is that it covers all the forums now - so you'll see posts from TBC, Tools, Site News/Updates etc. appearing there as well and won't miss anything.

Hope you enjoy the new layout guys. Any bugs or issues don't hesitate to reply to this post so I'm made aware!

Xcellers, I hereby award you with...

Xcellers, I hereby award you with...

Tree! Thanks you thank you for this update. Always wanted the subsections!