Skip to content
Forums
WoW Classic
General
Gold & Professi...
What have you done ...

What have you done to make gold?

Just dinged 30 and currently sitting at 13g after buying the abilities i needed. I really need to get a move on and I feel like not taking skinning was a bad idea,

I can't believe that a Shadowfang sold for 2g. I'm litterally pounding my desk. I plan on building a rogue twink in the future so reading that really hurts.

People are getting really creative in their gold making methods.

Ok that's gotta be one of the better one's I've seen. LOL 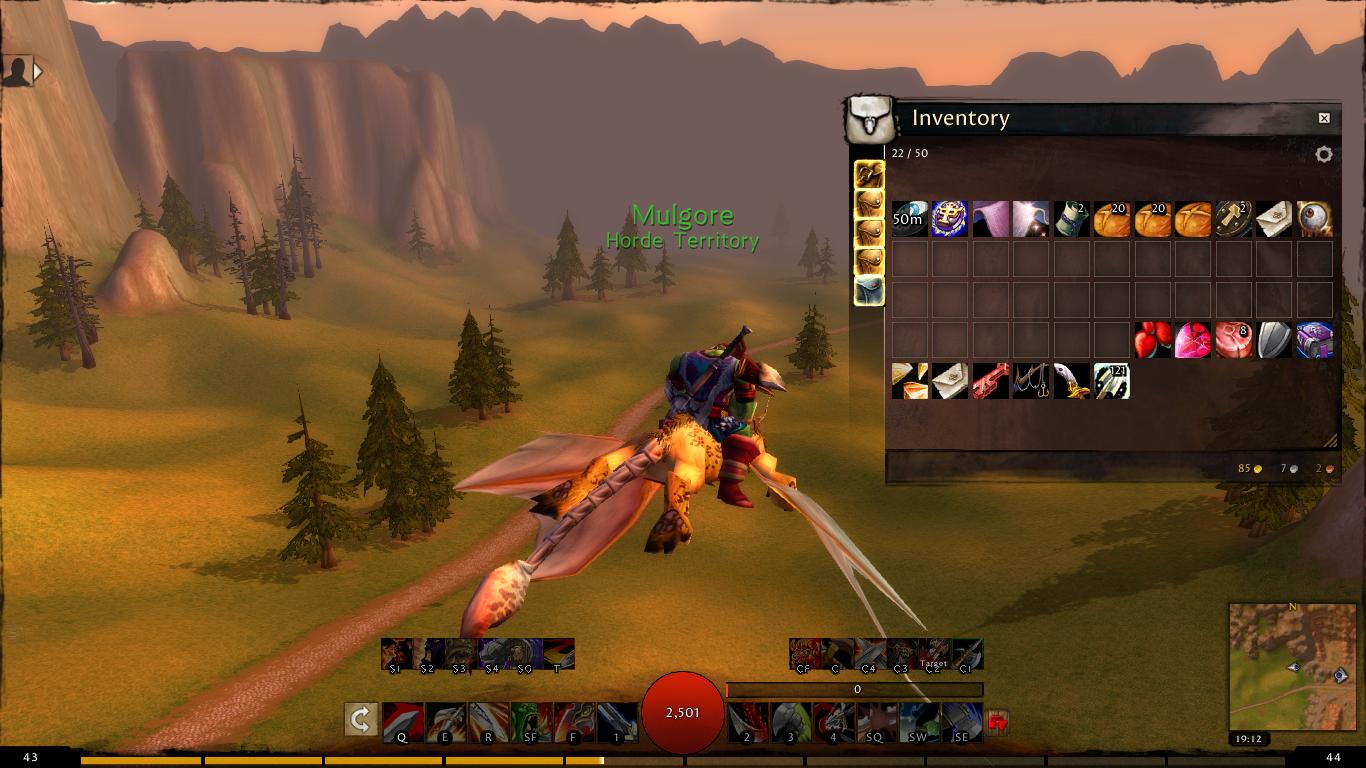 It's called GW2 UI, I use an older version because the new one did something to the hp circle that I dislike.

It's called GW2 UI, I use an older version because the new one did something to the hp circle that I dislike.

I KNEW I RECOGNIZED THAT BAG ICON FROM SOMEWHERE!

Just hit 20 on my hunter and got my Aspect of Cheetah so I'm running the copper gauntlet everyday now for 2 to 3 hours and selling it. I refuse to have to grind at 40 for my mount, I did that last time and it sucked. Going to make sure I have plenty of gold for that first mount, not to mention all training is getting much more expensive now. I solo with no guild so epic mount means nothing to me so I don't have to worry about that money. Once I hit 60 time for a new toon and they can use whatever gold I've collected more than I need an epic mount on the first toon.

Rolled a Warlock. Chose Skinning. Didn't buy stupid shit. Sell what makes sense on AH, and I vendor most of my greens unless I know for sure it's a big sell. I'm at around 55g currently at level 38. I've spent 6g on respecs and 5g on spellpower gear from AH. Not doing too bad atm.

I use AH to empty my bags. I'm not actively grinding professions, but skinning and mining mats sell very fast. I also sell random drops, but they are a bit slow. I found that people also actively buy tradeable quest items.

Dropped 9g on https://classic.wowhead.com/item=11207/formula-enchant-weapon-fiery-weapon last night, few others listed at 30 - 50g so hopefully I can make something.

Playing with gold when every copper counts is kinda fun!

Had quite the turn of events for me and my goldfarm/grind.

Other than having a nasty headcold slowing me down. Just feeling drained and really lazy for some reason. Anyhow my friends and I took up the free transfer from Whitemane to Arcanite Reaper...

The population is scarce to say the best and the AH barely works because of lack of population. My census mod shows me that mostly everyone is below us on this server. We're really not bummed about it. The queue is gone and we can all play whenever we feel like it. But if you didn't get your mount gold before transferring its a big brick wall in that grind.

There have been 2 methods that I utilized to make money for my mount. I've been leveling enchanting as I level because I want that BiS trinket for druid tanking, so my pockets were probably around 20g when I hit 40. Not great.

This first method I used worked really well - on private servers. It would generate about 20g an hour. However, when I tried it here it was around 6-10g an hour depending on how lucky you got. The method was farming SM GY in the graveyard proper. You stealth through the opening elite mobs and just grind the non elite spirits in the graveyard and kill any of the three rare spawn bosses that spawn. However, I found that it wasn't making me enough gold.

My next method was much better for making gold. A lot of people already know about it, and even though it is really good, I'd primarily recommend it if you're a druid and horde.

In Desolace, there is an NPC that you can turn 5 shellfish into (which can be farmed from cages right next to the dock where said NPC is at) for 55s per 5 shellfish.

So, per 10 shellfish you're generating over 1 gold and some traps can have 2 shellfish in them. It actually turned out to be a very good farming method, albeit a little boring. But becareful because word has already spread about this method and it's a popular spot now which is why I suggest doing this as a druid because you will be able to swim faster than everyone else, and being able to breathe underwater is great as well.

professions bassically, and some aoe farming.