Since this only works on 3.3.5, you might want to steer away from areas and zones that might have undergone changes or have had NPCs, doodads and other objects added from the TBC and WotLK expansions. I Haven't been able to find any WMT that works with the 1.12.X clients and the I've only found a WMT that worked with the 2.4.3 client but that version didn't have the Waypoint system features so it was not of use for me.
To use this version of WoW Machinima Tool, you require the following.

Toggle Spectate Mode unlocks the camera from it's position and rather than moving your characters position with the keys, you to move the cameras position instead.

How the pathing works is that it uses b spline interpolation. For you folks who have meddled with vector art or the pen tool in Photoshop, it works exactly like that.

The red numbers displays the order on how the waypoints are put down. in the video below I attempted to replicate the path in the image above in WoW and WMT. Looking at the minimap could also help out getting the pathing down easier at time.


The first 4 points has to be done in this order.

Beyond the 4 first points it is in this order. 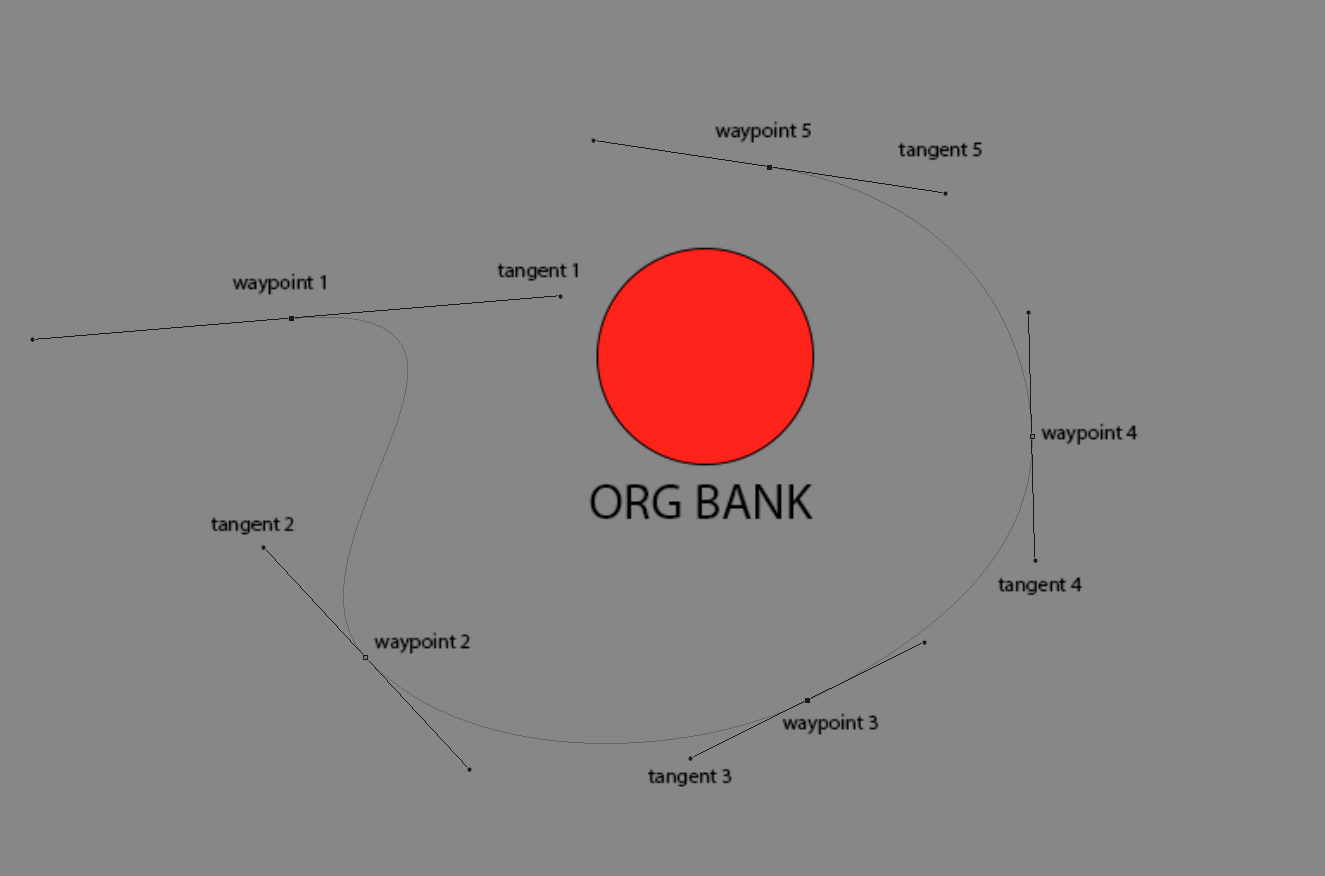 In the case if you've messed up or the camera clips thru structures of objects, you can always select the waypoint, move around and use the "replace this" and play it again. clicking "stop" while playing the camera path lets you skip one waypoint at a time, so you can use it to skip the waypoints that works fine to see if the adjustments on the other waypoints worked out.

I need to address a limitation of WoW that has cause me alot of head ache using WMT
WoW only allows you to see game objects and other characters such as NPCs and other players up to a certain range of where your character is position. game objects and characters outside of this range will not be visible or rendered at all to you period. This does not affect Terrain or World Model Objects (buildings, trees, etc) Since WMT only moves your camera's position and not your actual characters position in the world. It is most likely that you will move the camera outside of this range. Causing you to not see any NPC, game objects such as braizers

A slight remedy is to increase this range.

what this range is decided on the server side and can be modified if you have access to the config file. most server emulation config files will state the maximum size it can, which on mine is 533, which allows you to see pretty far from your characters position at the cost of the server needing more RAM and processing power. But many zones and areas are much much larger than this range in.

Having it at the maximum distance allows me to see characters and game objects in a radius from in front of Orgrimmar Bank and up to the Engineer trainer building in the Valley of Honor. anything past that wasn't visible.

The biggest problem is that while in spectating mode, you are no longer able to move your "actual characters position" in the world, making what is visible confined to this radius where your character stands still in.

However, you can still use your hotkeys...

With a combination of macros and GM commands. I devised a method where you can move you characters position within the world without the need of exiting spectate mode to re position

if you do this while not in spectate mode you can't do really long jumps between coordinates. if it is too far between each jump, it causes WoW to display a short loading screen, which is something we don't want to pop up while recording. In spectate mode this does not happen at all for some reason which is absolutely perfect.

By using this method we can re position our character position, thus moving the view distance. allowing us to see game objects, npcs and other characters without needing to worry about the camera going outside of the visibility range.

pardon some of the hiccups and frame skips in the comparison video
Hope this helped post here shed some light on using WMT for you folks and good luck!
All forum topics
Previous Topic
Next Topic
Forum Statistics
31 Forums
1,670 Topics
31.8 K Posts
4 Online
7,484 Members